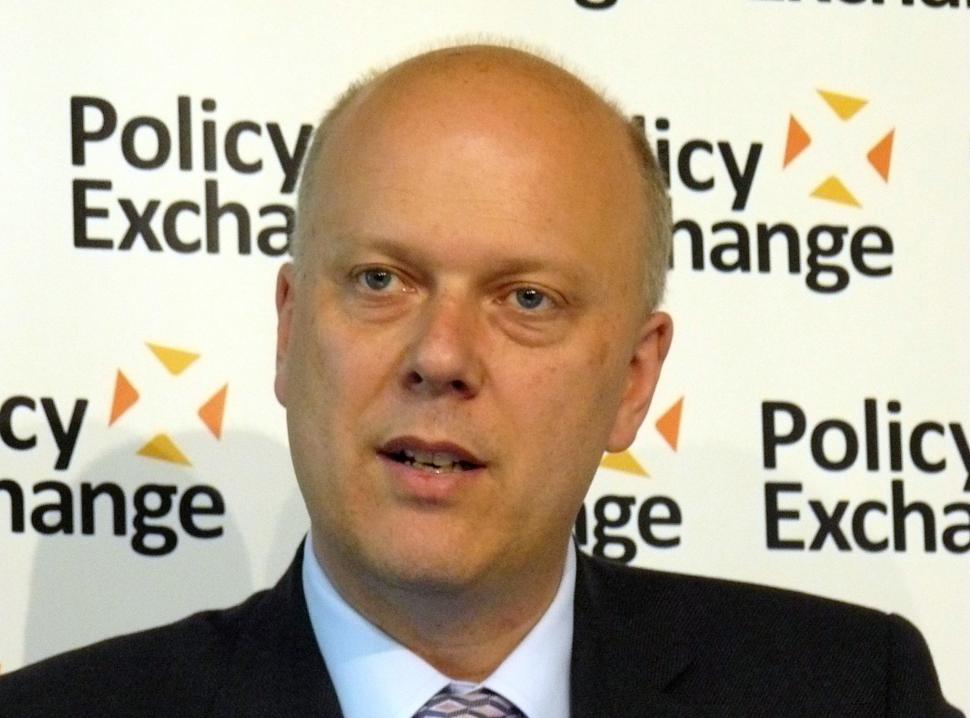 A man who lives in the Epsom & Ewell constituency of cabinet minister Chris Grayling has invited the secretary of state for transport to come for a bike ride in London and see first-hand the conditions cyclists have to encounter on the capital’s streets.

Andrew Smith extended the invitation after the Tory politician claimed in an interview with the London Evening Standard that cycling infrastructure in the capital was poorly designed, and criticised cyclists for ignoring road signs and traffic signals.

The MP, who says he has not himself cycled since he was a student at Cambridge in the early 1980s, told the newspaper: “I don’t think all the cycle lanes in London have been designed as well as they should have been.

“There are places where they perhaps cause too much of a problem for road users and they could have been designed in a smarter way.

“As transport secretary, I can only watch, because it is a matter for the mayor.”

He went on: “Motorists in London have got to be immensely careful of cyclists.

“At the same time, cyclists in London are too often unwilling to obey the road signs. I’ve seen regular examples of people who just bolt through red lights.

“The growth of cycling is a good thing. But good cycling is responsible cycling.”

The minister admitted however that he had in the past been caught speeding and also confessed to using a mobile phone at the wheel “many years ago” but is now “trying hard as transport secretary not to get caught doing anything I am not supposed to do.”

In his letter, a draft of which he shared on the Facebook page of the campaign group Stop Killing Cyclists, Mr Smith said that he was “disappointed to read your interview in the Evening Standard, and especially your comments about cycling in London.”

Mr Smith, who commutes from Epsom to Central London every day, said: “All cycling routes from Epsom to London are fraught with danger from motor vehicles, due to a lethal combination of infrastructure underinvestment and inattentive drivers.

“On a daily basis I experience near-misses from drivers who are on their phones or texting, people driving too fast or ignoring red lights.”

Mr Grayling has also come under criticism from road safety campaigners including the charity Brake and the group Stop Killing Cyclists after defending a decision not to follow Scotland’s lead in reducing the drink-driving limit.

In his interview with the Evening Standard, he said that rather than stopping “people who had a glass of wine at the pub,” police should instead “concentrate on catching the serious offenders.”

Mr Smith told the minister that the comments he made about motorists in his interview “offered no action that might mitigate the terrible toll they impose on Londoners.

“You justify a lack of road policing effort by the suggestion that many of the offences, which kill or injure thousands of people, are not serious.”

He highlighted the benefits, demonstrated by Transport for London data, of the cycling infrastructure at locations such as Blackfriars Bridge and Embankment, adding, “city after city has shown that even motorists benefit from protected cycling infrastructure, because the person ahead of you in the traffic jam is encouraged to get on a bicycle instead.”

> Read more: Five per cent increase in cycling in London in past year

Turning to Mr Grayling’s comments on law-breaking cyclists, he said: “Like the majority of people on bicycles, I obey road signs. Bizarrely, you excuse the lack of investment in cycling infrastructure by pointing to anti-social behaviour by a few.

“While cyclists jumping red lights are annoying, they seldom cause injury. Poor cycle infrastructure punishes not only law-abiding cyclists, but also the tens of thousands suffering from traffic congestion and filthy air.

“Surely some perspective is required here about inconsiderate cycling relative to the vastly greater danger posed by drivers of motor vehicles.”

Concluding his letter, Mr Smith wrote: “I would like to invite you to spend half an hour with me on a bicycle riding London’s roads. I am happy to do this either in central London or in Epsom.

“I can provide you with a bicycle. In your reply please indicate a time and place that suits you. I hope that after experiencing what your constituents face every day, you can develop an informed view of where you, as my MP and transport secretary, can make a difference that saves lives.”

Write to your MP and bust cycling myths

Last week, we reported how Ruth Cadbury, Labour MP for Brentford & Isleworth and co-chair of the All Party Parliamentary Cycling Group (APPCG), had urged cyclists to write to their MPs to encourage them to support cycling and help dispel some of the myths about it raised in some parts of the press and by opponents of infrastructure.

She said: “I explain to people here that I co-chair the APPCG and it’s like ‘ooh, well I haven’t ridden a bike since I was a kid’ or ‘I wouldn’t get on a bike because it’s too dangerous’ or ‘I wouldn’t let my kids cycle’, and that is a real issue in this place.

“There’s the popular culture, there’s what the cabbies say, and that comes back to MPs.

Ms Cadbury added: “Everybody, including me, can give an example of where somebody on a bike cycles badly. That becomes the narrative, we’re struggling here in this place [Parliament] to change that narrative.”

Her remarks have an extra resonance this week in the light of the comments made by Mr Grayling – who as transport secretary is ultimately responsible for decisions that will affect cyclists throughout the country.