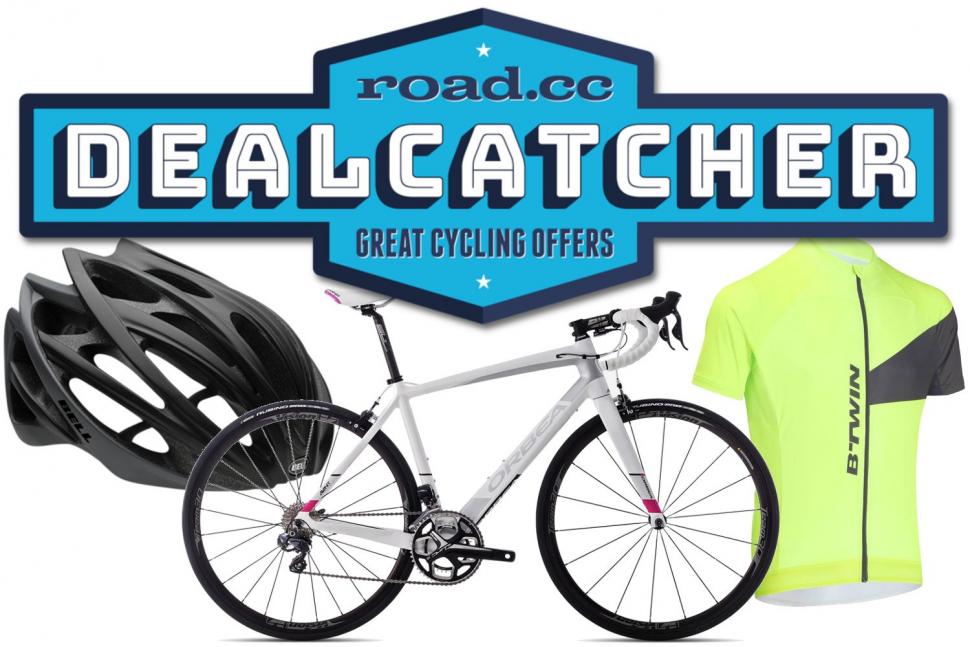 The DealCatcher's back to normal after Black Friday madness... just in time for the Christmas madness...
by Elliot Johnston

Whew, that was a mad week, eh? Black Friday, Cyber Monday, we bet you're glad it's all over. So, to celebrate, here are some more great cycling deals courtesy of the DealCatcher.

In today's round-up we're swinging by Cycle Surgery to take a look at the Orbea Avant M20I, complete with carbon frame, fork and Ultegra Di2 bits.

Following that Ribble Cylces has a great offer on Bell's Gage MIPS helmet, which is one we've reviewed on the site - it did very well when we put it through its paces.

Orbea says that they already know riders that go for its Avant range of endurance bikes are already fast. The Spanish bike manufacturer says that the Avant range is about comfort and a more efficient riding position, and when we've rolled around on Avants in the past we have wholeheartedly agreed: they're comfortable.

The 2016 M20I is no exception. This bike features exceptional vertical stiffness and specialised seat stay shapes that allow you to dedicate all of your energy to your pedal strokes.

At under £1700 you're getting an exceptional deal with high-end Shimano Di2 and 105 components, alongside Vision Team 30 clincher wheels and a Prologo K3 STN saddle.

Bell's Gage MIPS helmet employs top of the range comfort and ventilation features alongside revolutionary MIPS technology that the industry says drastically reduces the chance of concussion upon impact.

The theory goes that the MIPS plastic liner reduces rotational forces responsible for the majority of concussions amongst those who have crashed wearing a helmet.

Our man George Hill put the helmet through its paces and he said it's "well made" and that the helmet loses nothing in performance or comfort with the inclusion of MIPS.

Finally, BTwin's 700 Cycling Jersey is a must-buy if you're new to cycling or you're after another addition to your cycling wardrobe.

Our man Ash Quinlan reviewed this jersey in the summer and said called it "another good value garment from BTwin." He highlighted the cut and the jersey's breathability, as well as the value of course.

And that value is even more relevant today, as you can now get the jersey for 43% less than Ash thought when he reviewed it.

Maybe we can add an extra half a star for post-discount value. Maybe Ash won't mind.