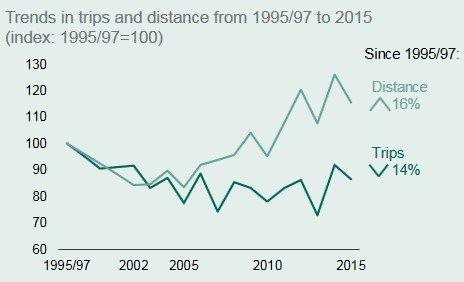 People in England are making 14 per cent fewer trips by bicycle than they were in 1995, according to the government’s 2015 National Travel Survey. In all, cycling accounted for 2 per cent of trips and 1 per cent of distance travelled. Respondents made an average of 17 journeys a year by bike, covering 53 miles per person per year.

A cycling trip is considered to be one where a bike was the main mode of travel in terms of distance covered. The distance figures do however include miles cycled as part of any trip.

It could therefore be that there are growing numbers of people cycling a leg of their journey before then taking public transport, or the figures could have been influenced by a rise in sport cycling with these sorts of cyclists perhaps covering greater distances.

The survey does however note that only a small number of respondents said that they used a bike. As such, it warns that results (particularly year-on-year variability) should be interpreted with caution. 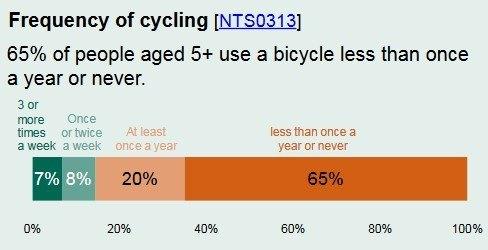 Interestingly, while 21-29 year old males made more cycling trips than almost all other demographics, when both genders are considered together this age group came second lowest in terms of having access to a bicycle. This perhaps indicates a highly active core of users in this age category. 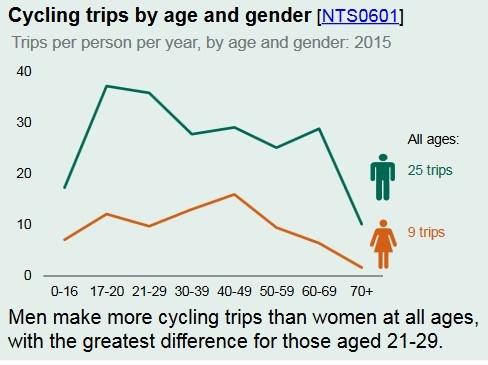 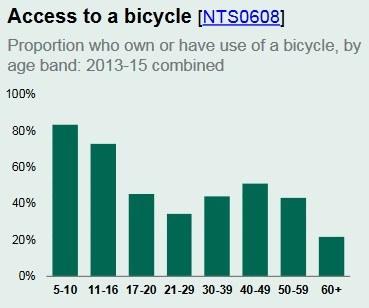