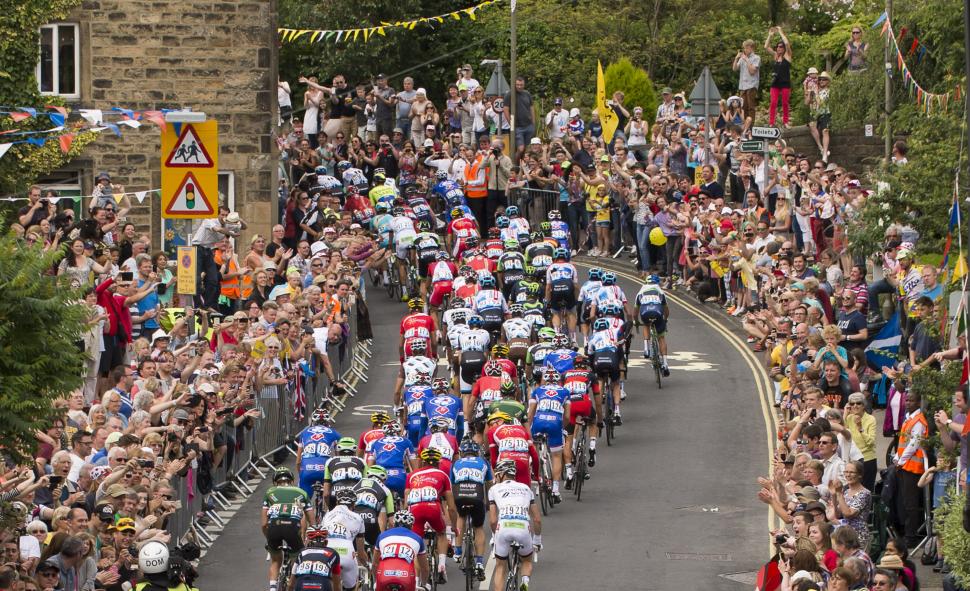 British Cycling and Welcome to Yorkshire have submitted a bid to host the 2019 UCI Road World Championships, backed by the government and UK Sport.

The bid was officially announced by Prime Minister Theresa May this morning, saying: “Yorkshire’s beauty was brilliantly shown off to the world by cycling events like the Tour de France and the fantastic Tour de Yorkshire, led by Sir Gary Verity.

“So today I can announce that we have backed a Yorkshire-led bid to bring cycling’s World Road Championships to Britain.

“This week, British Cycling's bid to hold the event in Yorkshire was delivered to the sport's governing body, the UCI.

“The government will underwrite the event and back it with £24m of investment so that we can get even more people to visit the region.

“Our backing will include £15 million for cycling infrastructure projects, to encourage even greater participation in the sport and continue the proud legacy that has seen our athletes excel at the Rio Games."

Confirmation of the bid comes two years after the region hosted a spectacular Grand Depart of the Tour de France with huge crowds lining the roads on the two days the race spent in the region, while legacy event the Tour de Yorkshire has also captured the public’s imagination.

Full details of proposed routes will be made public if the UCI awards the event to Yorkshire during the World Cycling Congress in Doha, Qatar, coinciding with this year’s event being held there in October.

However, Welcome to Yorkshire says that the event, which would last eight days and include individual and team time trials as well as junior, under-23 and elite races, would feature starts in North, South and West Yorkshire, as well as the East Riding.

“It would be an absolute honour to host the 2019 UCI Road World Championships,” said Welcome to Yorkshire chief executive, Sir Gary Verity.

“Yorkshire has everything a bike race could wish for. We can promise a gruelling but spectacular range of routes, huge crowds and the very warmest of welcomes. We are sure the world’s best riders will find our beautiful roads both challenging and exhilarating in equal measure.

“Make no mistake, cycling is in Yorkshire’s DNA and hosting the 2019 UCI Road World Championships will only reaffirm that.

He added: “Yorkshire is ready to embrace the Championships. We’ve turned the county yellow once before, and now we want to see it swathed with those coveted rainbow bands.”

British Cycling’s president, Bob Howden, commented: “The UCI 2019 Road World Championships should find its natural home in Britain and in Yorkshire. Britain has proved that when it gets behind major cycling events, it really does the nation proud.

“Not only would Yorkshire deliver a cycling event to rival the scenes we saw in 2014, it promises to build on our fantastic legacy of getting more people to discover the joys of life on two wheels.

“Backed by substantial government investment, our bid promises not only to host the biggest UCI Road World Championships in history, it will secure new facilities across the country to ensure that even more people get to experience British Cycling programmes and opportunities to get on their bikes.

“We have the experience of hosting top class world cycling events, we have the structures in place to support a continued boom in interest in cycling, and we’re more ready than ever to truly show the world how passionate Britain is about one of its favourite sports,” he added.

If the bid is successful, it would be the fourth time the UK had hosted the event, with previous editions taking place in Liverpool in 1922, Leicester in 1970 and at West Sussex’s Goodwood motor racing circuit in 1982.