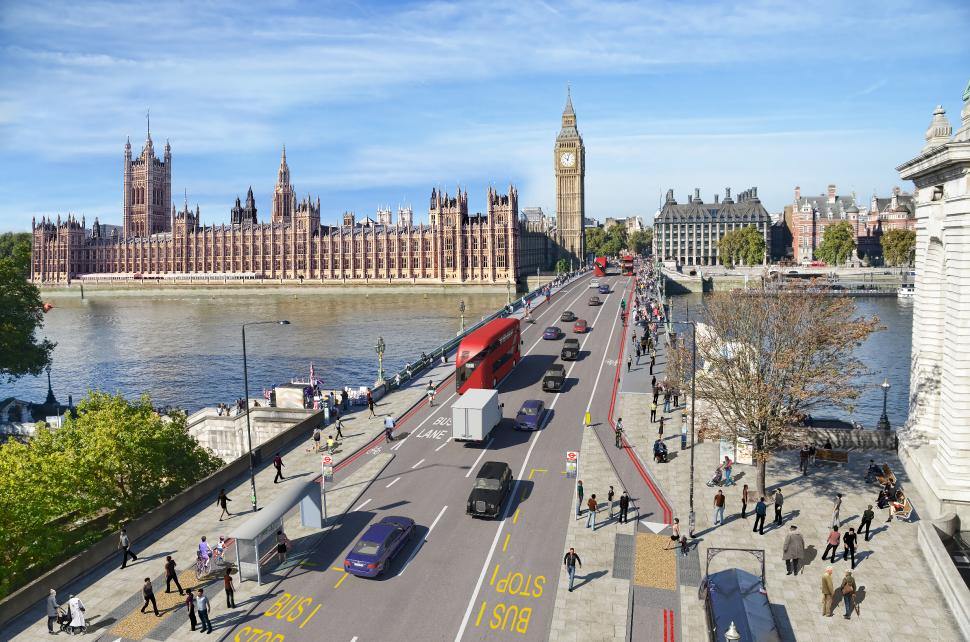 A top London hospital that tried to block a protected bike lane on the premise of safety has admitted it did no research into the risks it claimed the infrastructure could pose to patients.

In May St Thomas’ Hospital started a petition calling for Transport for London to review designs for a bike lane across Westminster Bridge because it claimed vulnerable visitors would be put at risk by proposed “floating” bus stops, also known as bus stop bypasses, outside the hospital, in which pedestrians cross a cycle lane to reach the bus stop.

In response to a Freedom of Information request by blogger James Avery*, however, a Guy’s and St Thomas’ NHS Trust spokesperson admitted the “serious concerns” it referred to regarding patient safety were merely opinions and it hadn't looked into the evidence.

A Trust spokesperson said: “The trust has undertaken none of the research or tests enquired about. It does not oppose the introduction of bus stop bypasses in general; it has a specific set of concerns about the proposals for Westminster Bridge. The legal responsibility for putting proposals, testing them and consulting about them rests with the Transport for London; they are the experts.

“The trust professes no professional expertise in transport planning but it is aware of and has an opinion about the potential hazards and dangers that this particular proposal may pose and believes there are alternatives that would be safer for all vulnerable road users.”

It added: “The trust Chairman visited and observed the bus stop bypass outside the Royal London Hospital.”

Originally the Trust said in its petition, which had 1,149 supporters: "We have serious concerns about the risks TfL’s plans pose to the safety of vulnerable road users - patients, many of who may be elderly or disabled or parents with children in buggies, cyclists and pedestrians."

It complained Transport for London (TfL) provided no evidence of the impact of bus stop bypasses or "any consideration of an alternative scheme".

The scheme, which will link the new East-West Cycle Superhighway with the Central London Cycling Grid in Lambeth, was given the green light in March after receiving 74 per cent support for protected cycle infrastructure. Construction work to build the 1.8m wide protected bike tracks is scheduled to begin in the Autumn, subject to negotiation with Network Rail on taxi ranks by Waterloo Station.

The consultation response document, produced by TfL, noted that: “As part of the ongoing design process we will also continue to work with stakeholders to address concerns raised regarding the bus stop bypasses.”

As we reported last year, according to TfL’s 2013 cycle census, almost a third of morning peak-hour traffic on the bridge is bikes.

This week London Green Assembly Member, Caroline Russell, said in a City Hall transport meeting that fear is a big driver for acceptance or otherwise in cycling schemes. She said some fears regarding the potential negative effects of cycle infrastructure never come to fruition and urged the Mayor not to allow fear alone to scupper cycling schemes, but to seek evidence. She made the comments as announcements on the future of the Cycle Superhighways programme, and the identity of the capital’s new Walking and Cycling Commissioner, are expected.

*Avery's questions to the Trust were as follows: