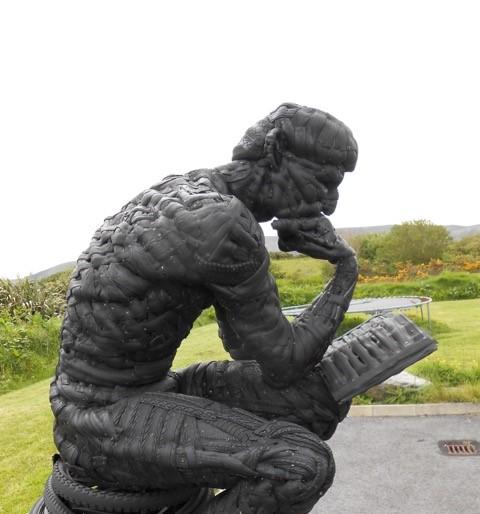 Artist Mick Davis created the sculpture in the image of Rodin's The Thinker to raise awareness of the environmental issues surrounding tyre waste...
by Elliot Johnston

A stunning sculpture in the image of

The Thinker has been created using only recycled bicycle tyres in County Kerry, Ireland.

Davis, who studied art in Dublin,

an enthusiastic cyclist in the bio on his website. It was this enthusiasm that made him aware of the issue of disposing of old bicycle tyres, and lead him to start working with bicycle tyres as a medium.

>Read more: when should I change my bike tyres

It was in April 2014 that he began experimenting in

creating sculptures from old tyres, an experiment that ultimately lead him to this, his most ambitious tyre-related work to date, Le Poete. 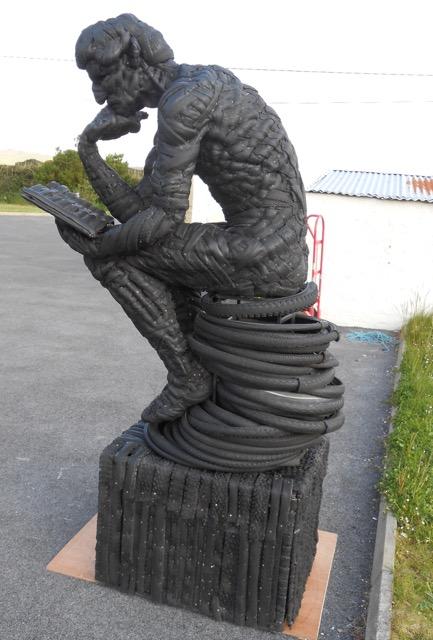 Mr Davis told road.cc that the sculpture is based on Rodin's

The Thinker, which was originally named Le Poete. The similarities between the two are clear. One, though, is

made of bronze and is 112 years old, while the other is made out of bicycle tyres and was completed this year. 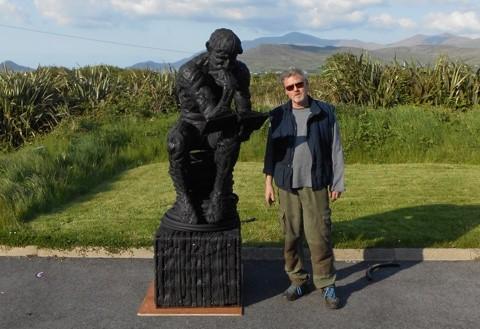 He said: "As you know old tyres are a major environmental issue and I hope that showcasing a use for them like this will be an inspiration to others.

"It’s also a wonderful medium for sculpting with. I’m trying to promote this unique and unusual art form"

We're used to dealing with unusual bike art here at road.cc. Whether its

monumentally large virtual drawings on ride-sharing app Strava, music made only using noises that bikes can make, or even dodgy cycling infrastructure called art in hindsight,

Though, it must be said, we've seen very few things that both look as fantastic as Mick Davis's artwork

and has such a positive, sustainable impact on the planet.

Keep up the good work Mick.