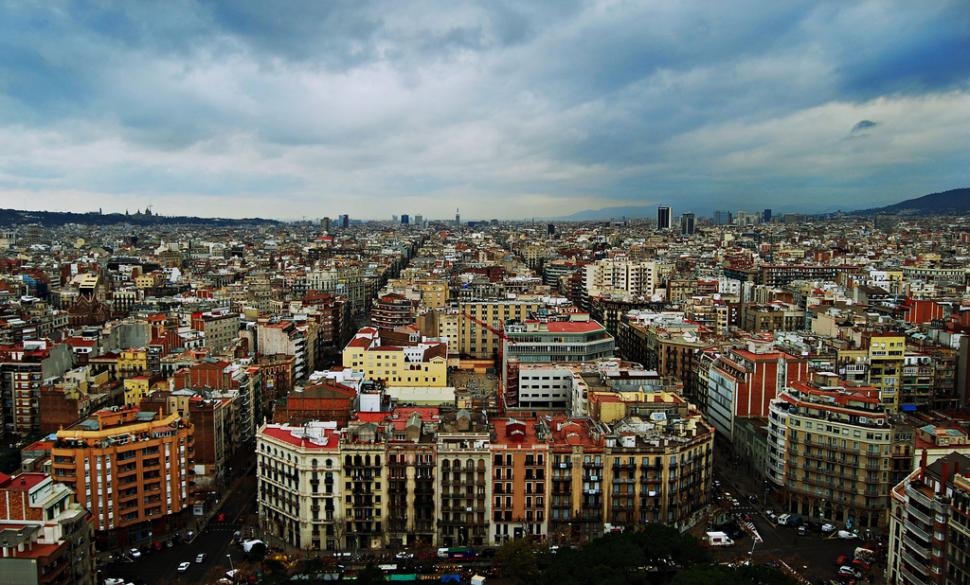 Barcelona plans to cut cars from 60% of city steets

Barcelona is the latest European city to look towards cutting road traffic in a bid to tackle air pollution and promote a more sustainable city centre environment.

The goal of cutting inner city road traffic by 21%, and in the process freeing up nearly 60% of the city's streets, is laid out in the council's new mobility plan; which also includes plans for 300km of inner city bicycle lanes.

That plan covers a number of facets, including road safety, sustainable transport, social cohesion and inclusion, as well as cutting chemical emissions, noise emissions and many of the inefficiencies in the transport system.

Most important are the introduction of superblocks, which look to limit traffic to arterial routes, around an area of nine-or-so existing blocks. This will open up smaller streets to bicycles, pedestrians and business vehicles, cultivating growth of green, safe, community spaces.

The city was originally engineered with open green spaces in mind, especially in the blocky Eixample neighbourhood outside of the old city walls pictured above.

Legendary engineer Ildefons Cerdà laid out his grid-system expansion plan for Barcelona in the 19th century as the city outgrew its restricting walls, wherein he also calculated the volume of atmospheric air one person needed to breathe correctly.

However, 200 years of modernisation and industrialisation later, and the city has changed. Cerdà's calculations - which quantified the first venture into the study of urbanisation - are less relevant, and those open urban spaces he imagined are now choked with cars and full of noise.

It is estimated that air pollution causes 3,500 premature deaths in Barcelona's metropolitan area per year - out of a population of 3.2 million - as the city and its 35 surrounding municipalities have consistently failed to meet EU air quality targets.

With all this talk of poor air conditions you may think that Barcelona isn't a cycling city; you'd be wrong. Bicycle culture magazine Copenhagenzine rated Barcelona as the third-best European city for cycling in 2011, and Bicing - what we call bicycle hire schemes - started in Barcelona in 2007, three years before then-mayor Ken Livingstone brought his bikes to our capital.

The Catalunyan city has since dropped to 11th in Copenhaganzine's index. Though not hugely worrying for the Spanish city, the magazine rating is an indication - as are the years of missing EU air quality guidelines - that things are no longer as rosy in the Spanish city for cyclists.

Which is why this proposal is so welcome.

In recent months we've seen city's like Oslo announcing plans to cut traffic from their city centres entirely, but Barcelona's plan is not an outright ban on cars, rather a controlled confinement of road traffic.

The idea is to introduce superblocks, which are an urban planning phenomenon from the mid-20th century which considered pedestrian and cyclists as obsolete modes of transportation in favour of the new automobile.

Obviously the superblocks we're discussing here have been reimagined for modern day Barcelona.

The superblocks proposed by BCNecologia, Barcelona's agency of ecological urbanisation, centre around the concept of restricting cars to arterial routes, while leaving the smaller - often one way - streets clear for pedestrians and cyclists. The hope is that this will help areas of the city discover an even clearer individual sense of cultural identity.

Janet Sanz, the city councillor for ecology, urbanism, and mobility spoke to the Guardian about her plan to "win the streets back."

"This plan sums up the essence of urban ecology.

“Our objective is for Barcelona to be a city in which to live. Also, as a Mediterranean city, its residents spend a long time on the streets – those streets need to be second homes, or extensions of one’s residence, at all times.

"Public spaces need to be spaces to play, where green is not an anecdote – where the neighbourhood’s history and local life have a presence.

"We need to win the street back."

Sanz also told the Guardian that the plan is being implimented in nine different areas at differing paces in something of a trial and error method which they are calling "tactical urbanism."

The project's budget is an initial €10m, and the first steps will be low level things, such as changing road signs.

Ms Sanz is confident though, saying that now is the time to "go from theory to action."