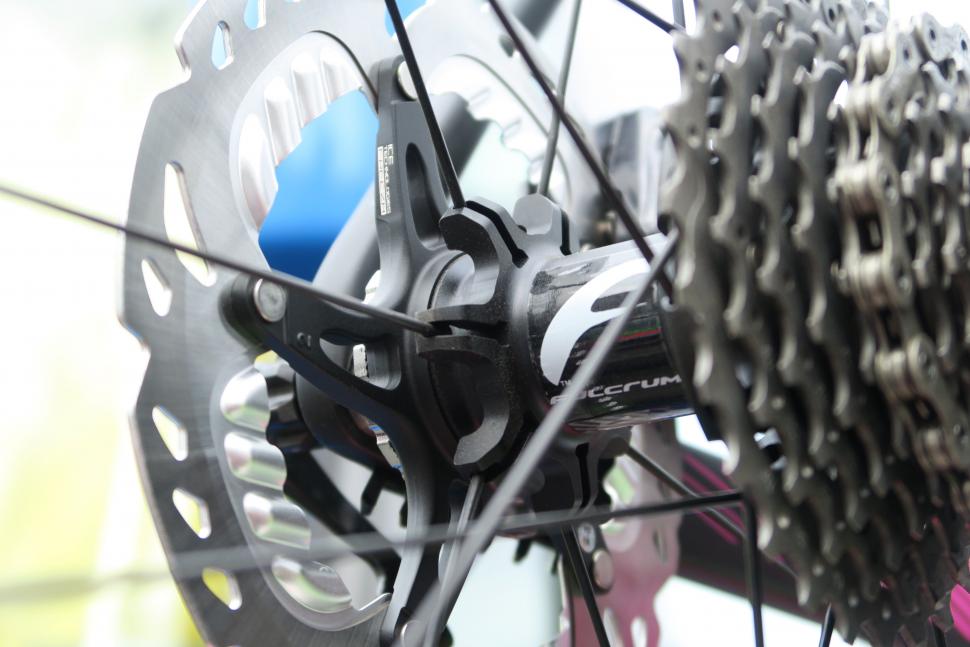 Doctor is said to have concluded Fran Ventoso's injury was due to chainring...
by Simon_MacMichael

The UCI will reportedly recommence the trial of disc brakes in the professional peloton next month, but with certain changes aimed at improving safety.

A trial of the brakes in WorldTour races was suspended last month after Movistar rider Fran Ventoso claimed that a deep cut to his left leg sustained at Paris-Roubaix was due to a disc brake on another rider’s bike.

Much doubt has been expressed about whether a disc brake was in fact to blame for his injury, but the French and Spanish cycling federations have followed the UCI’s lead and banned them in all road events, including sportives.

> Have disc brakes really led to injuries in peloton?

According to James Huang of the website Cycling Tips, however, the trial is due to resume next month, following a conference call between the UCI and members of trade body the World Federation of the Sporting Goods Industry (WFSGI).

The website says that a doctor engaged by the WFSGI believes that Ventoso’s injury was most likely to have been due to a chainring.

The resumption of the testing of disc brakes in the peloton will see at least one safety modification, however, according to the Cycling Tips report, with rounding of the rotor edges aimed at minimising the risk of cuts.

The website, which says the trial should be reintroduced at the Criterium du Dauphine or Tour de Suisse, added that it had asked the UCI for a comment and that while no reply has yet been received, the governing body is expected to clarify its position in the coming week.

> Will disc brakes be banned at British sportives?