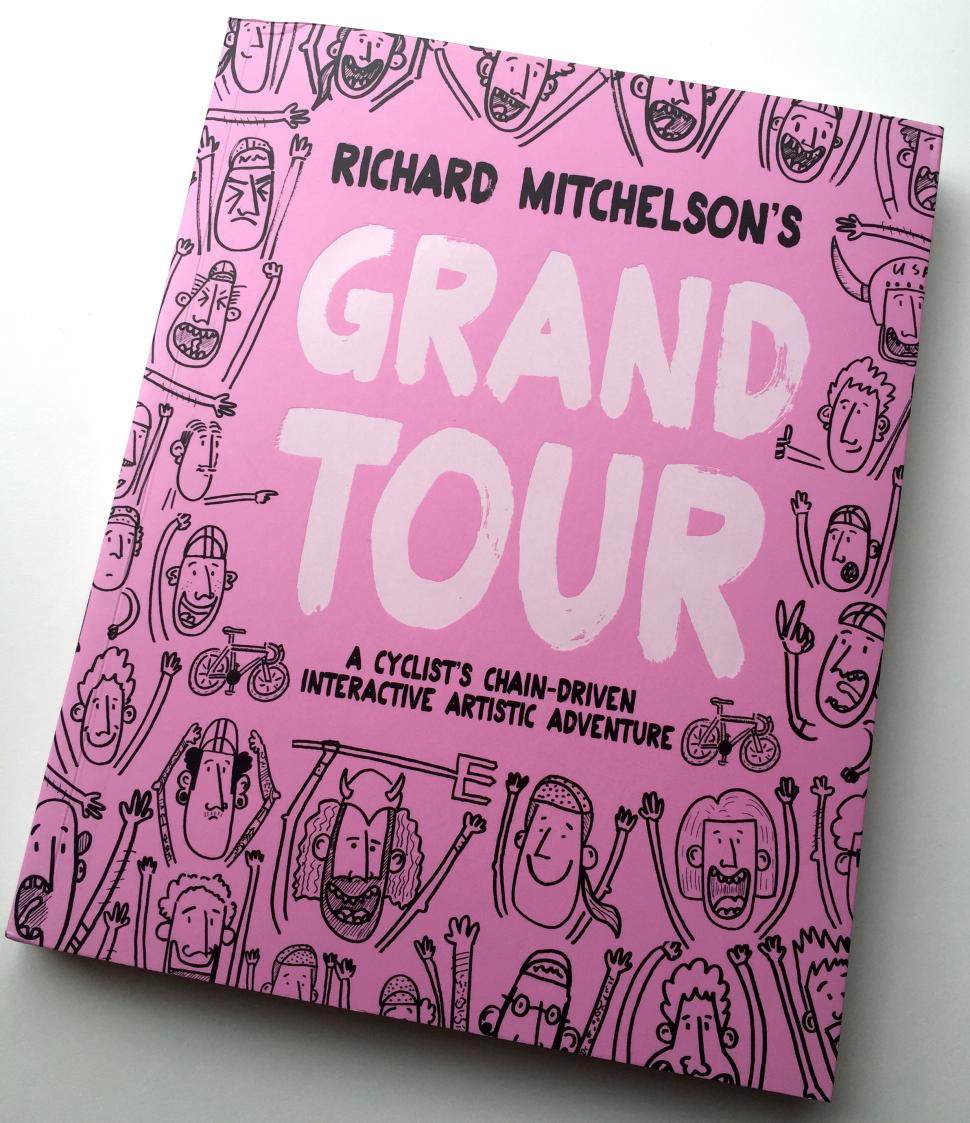 Many of you will be familiar with the handiwork of Richard Mitchelson from his illustrated cycling heroes mugs, t-shirts and prints, his mini Eddy and Cav figurines, his work in Rouleur, or his cycling animations. You may have even coloured in his wallpaper on the Drops stand at the London Bike Show. He’s become a bit of a dignitary in the world of British cycle illustrators and he’s releasing a new book. ‘Richard Mitchelson's Grand Tour’ joins the new and immensely popular trend of colouring and activity books for grown-ups, and this one caters for cyclists. Who never really grow up do they? The book promises to be fun, dynamic, interactive, and entertaining as Richard Mitchelson (Rich Mitch to his friends) leads you on a joyful celebration and an inspired and magical journey through an entire season of grand-tour racing. 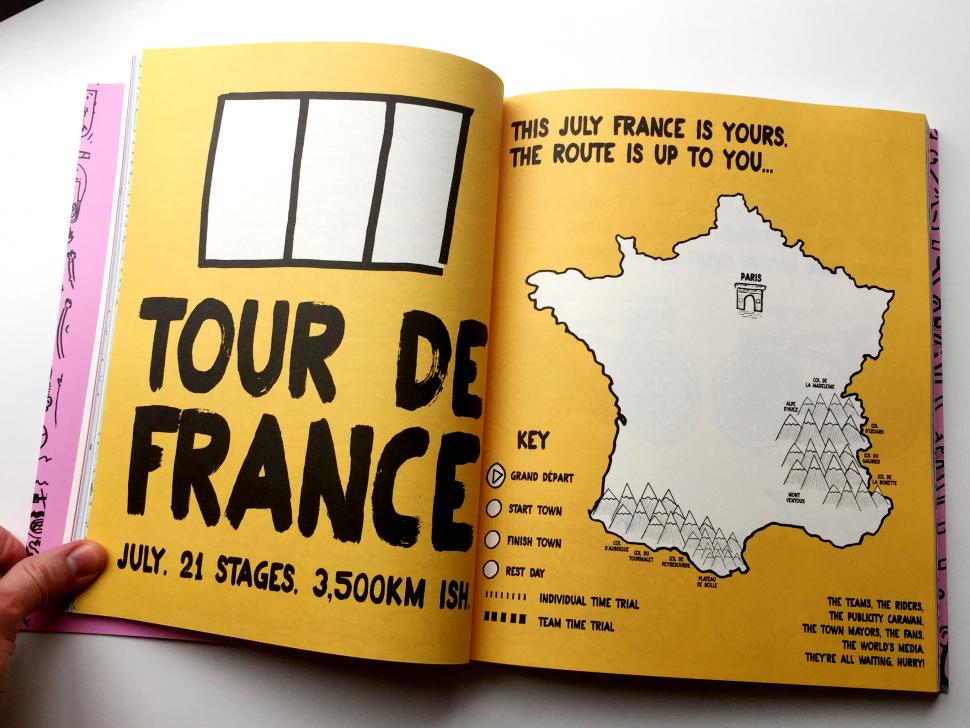 While you’re waiting for it to stop raining you can prepare for the Giro d'Italia by personalizing your race-jersey and cap with crayons, or chose to create one of those sported by 'maglia rosa' legends down the years. Select your ride, study the route of the Gran Corsa or just design your own road to Milan. Get creative on the Passo dello Stelvio and ‘copy Coppi' with an Il Campionissimo Dot to Dotti. Move on to the Grand Départ of the Tour de France and you can devise your very own ‘Grand Boucle' and fill in your race number with pen on the board. 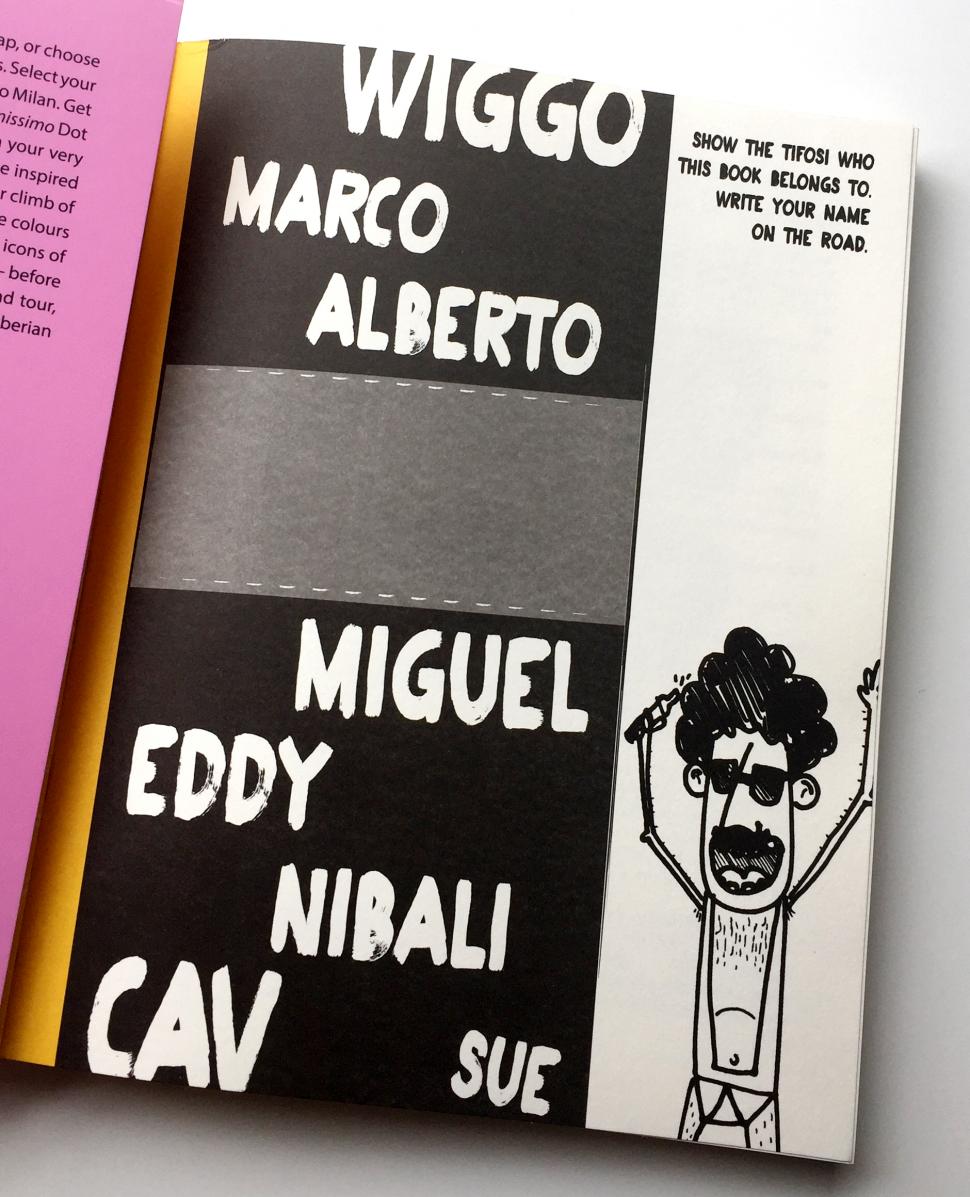 Become inspired by felt-tipping the cobblestones of the north's Arenburg forest, paint your name alongside the legends on the Summer scorched climb of the Col de Tourmalet, and quickly unleash some marker pens to ensure the colours are in place at an old velodrome before the riders arrive. Party with the icons of the sport - Laurent, Bernard, Gino, Bradley, Fausto, Tom, Eddy, Richard, Marco, Sean, Jacques, Greg, Raymond, Miguel - before showing them your true colours as you progress to Spain's famed grand tour, the Vuelta a España with the Alto de l'Angliru and other terrifying Iberian climbs. Beautifully produced and printed on wood-free heavy-weight stock with extended flaps  ‘Richard Mitchelson's Grand Tour’ is infused with an entire broom-wagon full of cycling style, culture, history and humour and is due to be published later this month. 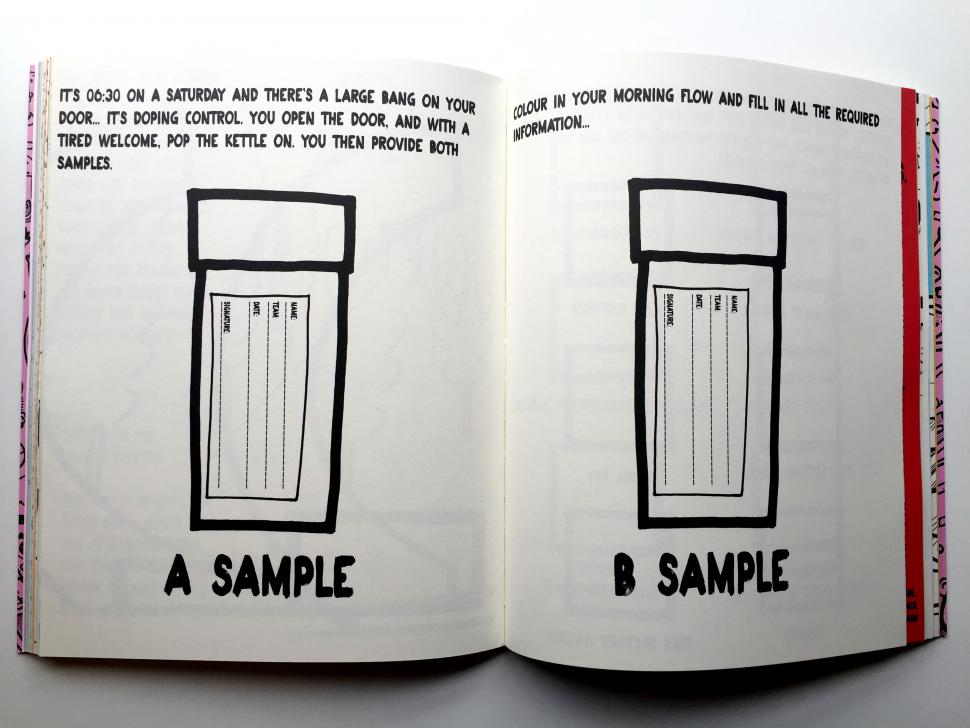 “Richard Mitchelson's Grand Tour” is available for pre-order from Casemate Publishing for £12.99.