Stackable cups from Lee Valley VeloPark help you carry more back to your seat, without spilling
by Simon_MacMichael

Marginal gains at the velodrome, it seems, are now being rolled out beyond the cyclists racing and to the fans watching them - spectators at the UCI Track World Championships which started in London today benefiting from an innovation allowing them to carry more beer back to their seats than ever before.

Our curiosity was piqued this morning by a tweet from Lee Valley VeloPark this morning that promised its new stackable cups would make life easier for fans fond of a beer or three, but it wasn’t clear how it worked.

Our new stack cups exclusive to @trackworlds make the journey back to your seat a lot easier! pic.twitter.com/fz34avCbDv

Luckily, road.cc’s Laura Laker was on the spot and with the help of Aussie fans Narryn from Aldinga Beach and Danielle from Munno Pava West, who have travelled from South Australia to support their best friend Stephanie Morton, we’ve got pictures to show how the cups work, using interlocking handles. 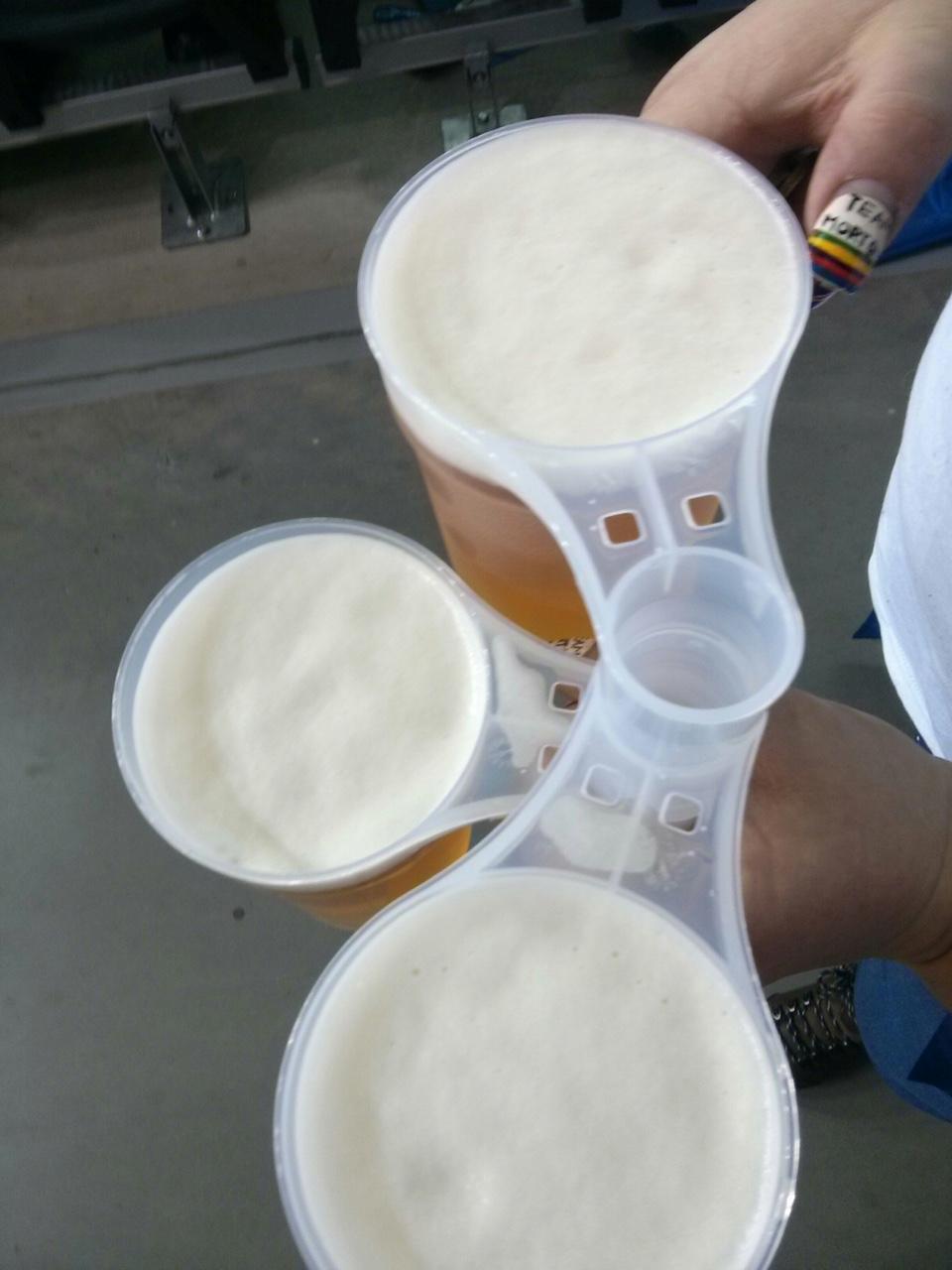 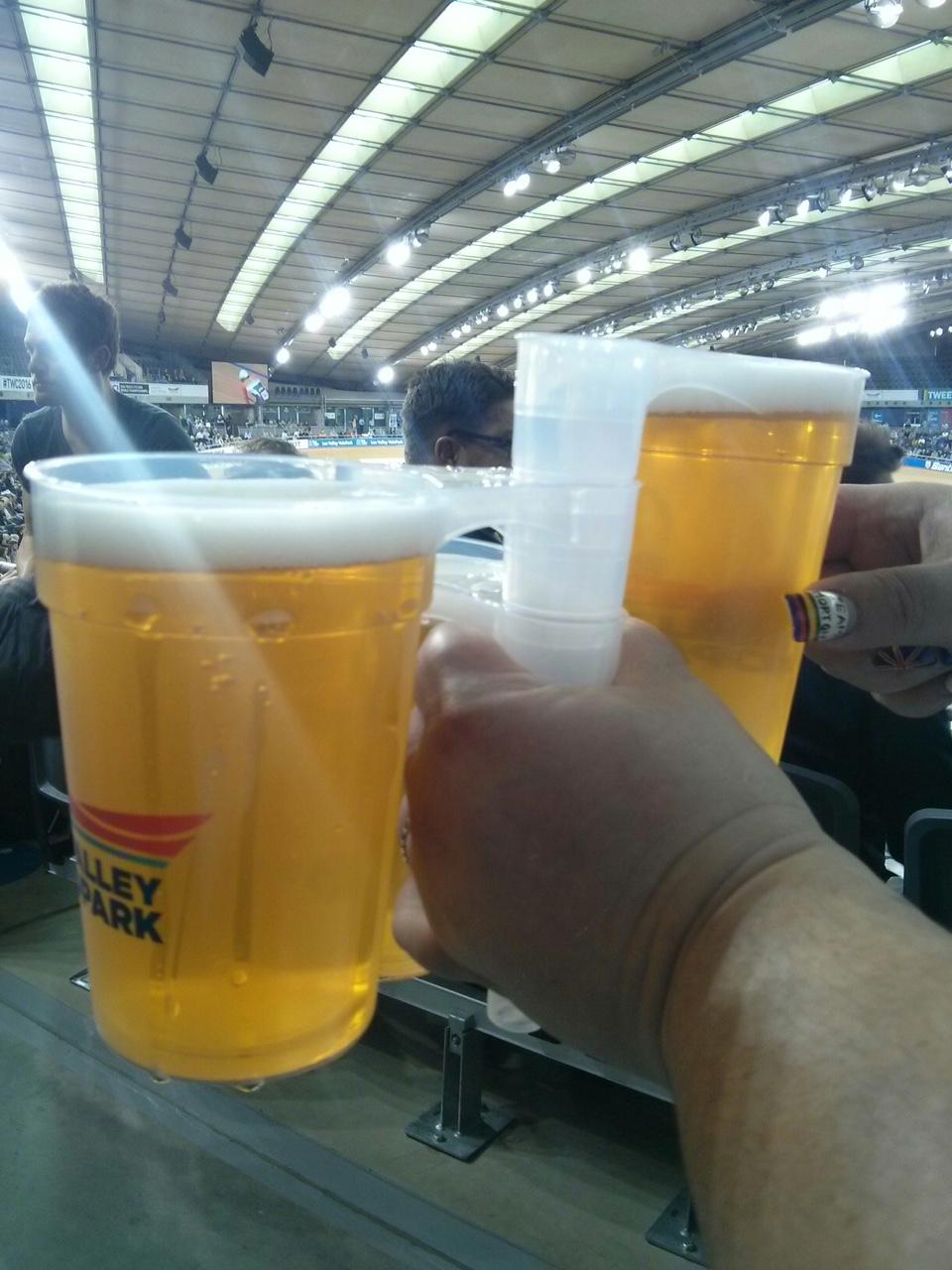 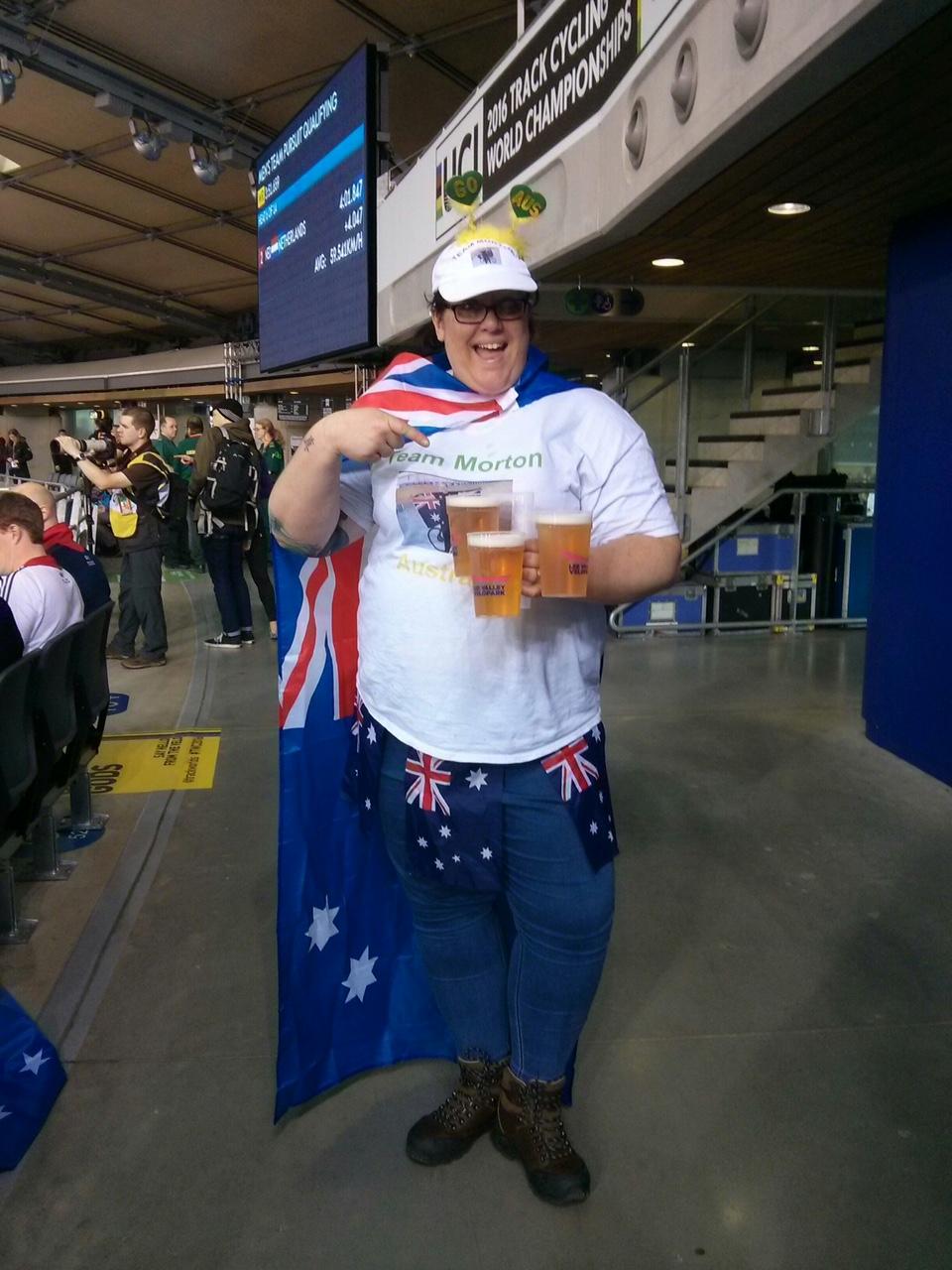 Morton was gold medallist in the individual sprint at the 2014 Commonwealth Games in Glasgow, defeating her compatriot Anna Meares, the reigning Olympic champion and one of the greatest names ever in women's track sprinting.

She has already tasted success at Lee Valley – at the London 2012 Paralympic Games, she was tandem pilot to Felicity Johnson, who won the 1km time trial B for blind and partially sighted riders.

Hopefully Narryn and Danielle will have plenty of excuses to raise a glass or three to their friend in the coming days. 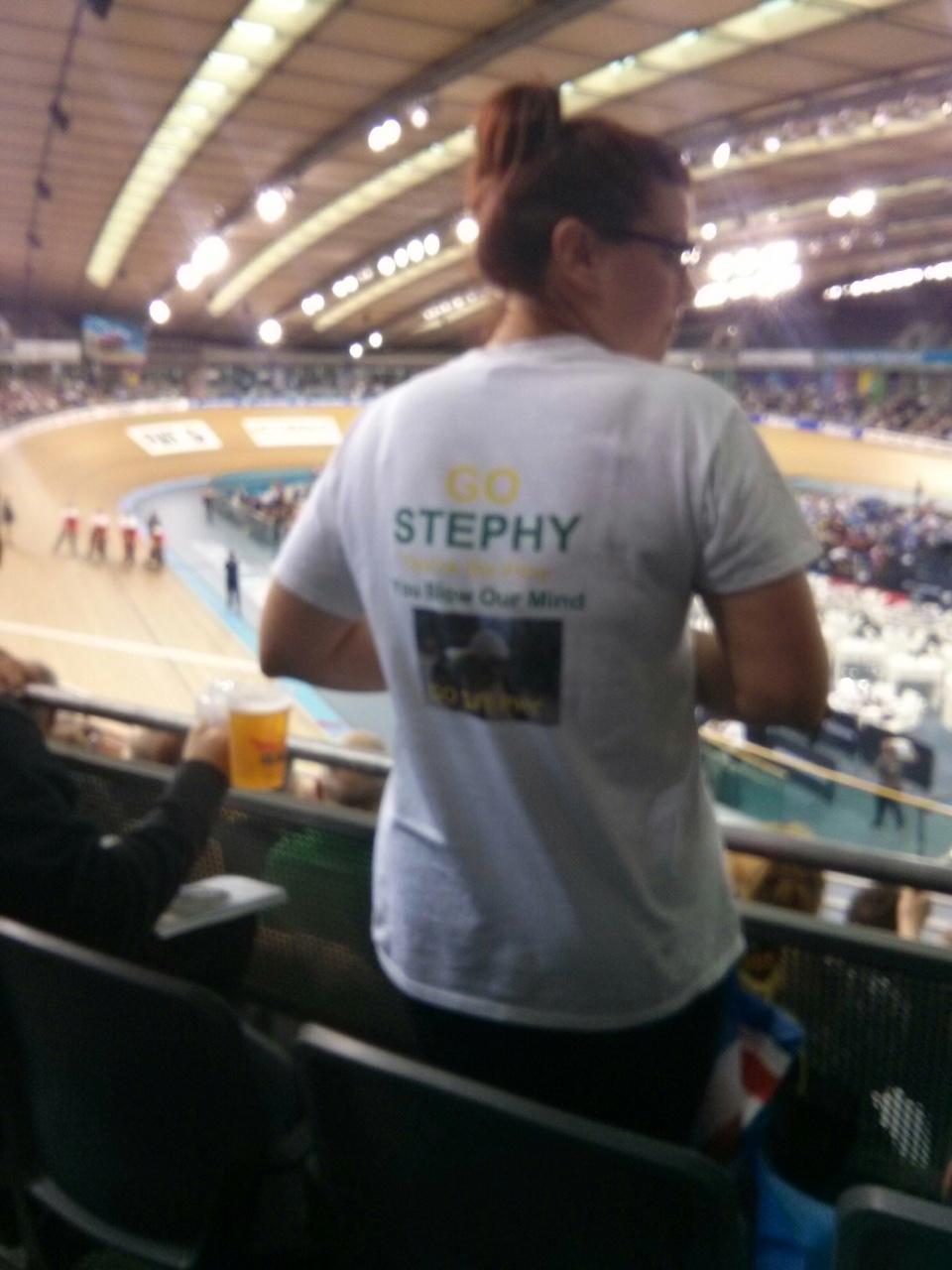 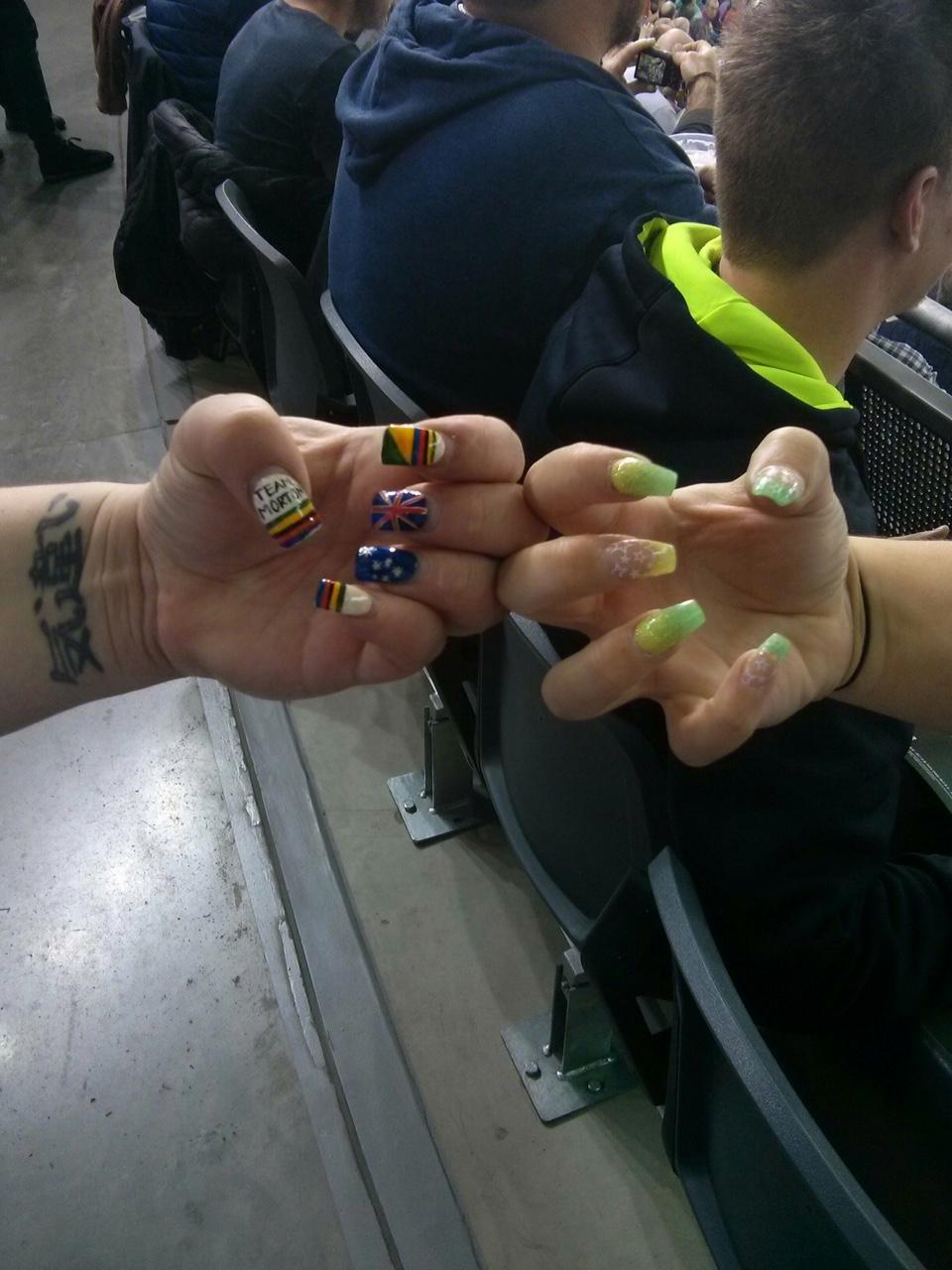