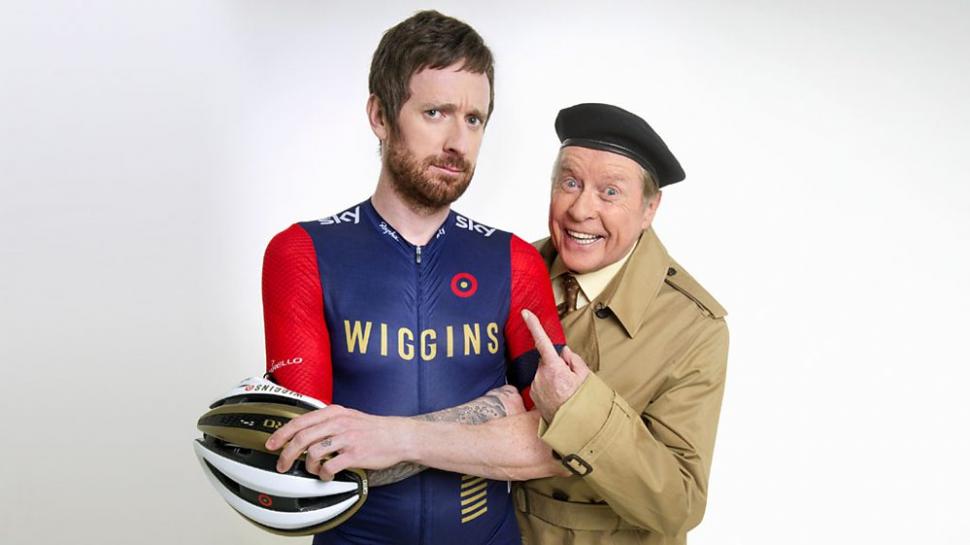 Some Mothers Do 'Ave 'Em star Michael Crawford will reprise his much-loved character for a possible cycling-related comedy disaster...
by Laura Laker

Sir Bradley Wiggins will feature alongside Frank Spencer in a one-off special of BBC comedy, Some Mothers Do ‘Ave ‘Em, for this year’s Sport Relief.

Michael Crawford says he is "thrilled and delighted" to reprise Frank Spencer, who will also be reunited with his on-screen wife, Betty (Michele Dotrice), for the sketch. According to the BBC Wiggins makes his appearance, before one of Frank’s trademark disasters ensues.

Judging by the last time Spencer was seen near wheeled transport we could be in for a real treat: at the height of his physical comedic powers Crawford, now 74, did all his own stunts, displaying in one particular episode a frankly incredible show of rollerskatesmanship.

Sir Bradley says: "I am a huge fan of Michael so it's an absolute honour to be asked to be involved alongside such an icon of British television... and all for a great cause."

Michael Crawford said: "I am thrilled and delighted to have been asked to bring Frank back".

This will be the latest in a line of BBC appearances for Sir Brad, though the first involving on-screen acting: in 2015 Wiggo edited Radio 4’s Today Programme, while in 2014 he appeared on the Archers to present prizes for Ambridge’s Rough and Tumble Race.

The last episode of Some Mothers Do 'Ave 'Em aired on Christmas Day in 1978.