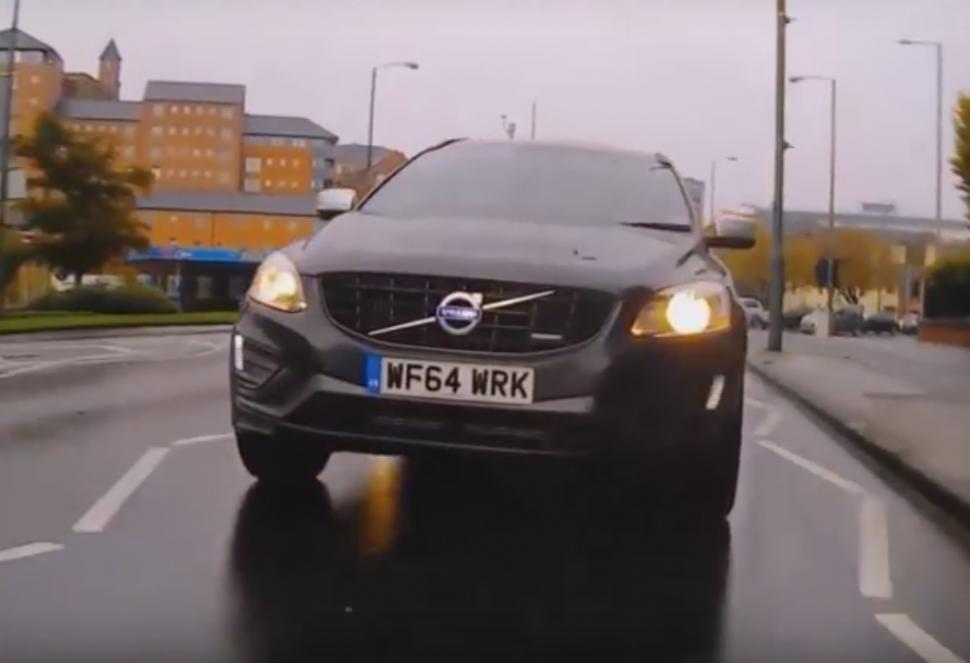 This recently published video shows the moment when a Nottingham cyclist was hit from behind near the BBC roundabout in Nottingham in November 2014. The uploader, who employs the username Reginald Scot, says that despite the shocking nature of the crash, the driver was not prosecuted.

The victim says that he sustained a severe back injury and internal haemorrhaging in the collision and took four months to recover.

Reginald Scot says there was no confrontation with anyone prior to the attack and that he did not know the driver or the car. Nor was he riding his normal route and so doesn’t believe the attack was planned.

Writing in the comments beneath the video, he mentions that the vehicle involved was a courtesy car (he doesn't explain how he came by that information) and it seems there may have been issues proving the identity of the driver. Suggesting that a combination of factors “came together to create a legal loophole” he adds that he is reluctant to outline the details for fear that someone might try and copy the incident – although he has also suggested he may do a follow-up video to explain the situation better.

“I have a feeling the problems with this case have little to do with whether helmet/handlebar camera footage is permissible evidence, but rather to do with the police's inability to trace the driver. I'm sure most people will find it incredible that the driver couldn't be traced when the courtesy car company must have their details on file.

“I really hope we get to the bottom of how this driver managed to get away with running into the back of someone, seriously injuring them, and fleeing the scene. And I hope lessons are learned so that other criminal drivers don't get away with this sort of downright dangerous behaviour.'

road.cc has contacted both Nottinghamshire police and the Crown Prosecution Service for comment.