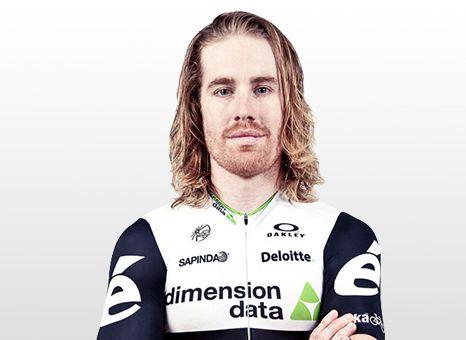 Dimension Data rider grateful for assistance after crash
by Simon_MacMichael

Dimension Data’s Tyler Farrar borrowed shoes and a bike from a fan to ensure he completed today’s Stage 3 of the Tour Down Under to stay in the race.

With his team car and neutral service support already up the road, the American, left bloodied and scarred by the crash,  gratefully accepted the offer of help from 42-year-old New Zealander Anthony Tooman, reports Adelaide Now.

The assistance contravened a UCI rule that says that “riders may only receive technical support from the technical personnel of their team or from one of the neutral support cars or else from the broom wagon.”

However, the commissaries decided not to sanction the American, who finished the stage on the De Rosa bike 13 minutes 7 seconds behind winner Simon Gerrans of Orica-GreenEdge, because of exceptional circumstances.

Mr Tooman, who went to the end of the stage in the broom wagon, said: “We could see him on the side of the road and asked ‘do you need a wheel?’ and he said ‘nah, a wheel is not going to cut it.’

“Then it went to ‘well, what pedals are you running?’

“He was on Speedplay and I was on Shimano, and as soon as that was decided it was just ‘well you might as well just take everything’.

“Then the next question was ‘what size shoe are you?’

After the stage, Farrar’s team tweeted: “A big thanks to the spectator who lent Tyler Farrar his bike today. Tyler would be out of the @tourdownunder if it weren't for you mate! ;)”

The crash happened with around 20 kilometres left as the group approached the Corkscrew Road climb, with Farrar only noticing around 5 kilometres later that his derailleur had broken.

In a blog post on The Peloton Brief, Farrar said: “In 14 years as a professional this was the first time I’ve ever had this experience.

“I couldn’t stop saying thank you over and over again. He saved my tour. I really didn’t want to come to Australia to do 2.5 days of racing. It’s a pretty cool look into how nice people in Australia are.

Dimension Data have given Mr Tooman a full set of team kit for his help, and he later posted a picture of it to Instagram.

@teamdidata above and beyond, appreciate the thought and efforts of Veit Hammer; and yes it fits. Very positive experience. All the best for the future. #bicycleschangelives #tdu