Rolling on a new sets of wheels in 2016? The DealCatcher's bargain bike locks will keep it that way...
by Elliot Johnston

Did Santa visit you? Did he drop off a new two-wheeled mechanical love interest for you to get to know, to pour your free time into, and to cherish for as long as its cranks turn?

Did you resolve over to changing of the year that 2016 will see you out on the roads more? Will this be the year you tackle your first sportive? Your 100th? Your first century? Your first audax?

We're right there with you at road.cc. We're cherishing our new bikes, and our new bike bits. We're discussing our resolutions, our plans, and our dreams. We're looking ahead to 2016 and all of the possibilities that lie ahead of us.

One of those possibilities would put an end to all of that: bike theft.

Start 2016 off right and get your bike security in check. The first step towards that is to buy a bike lock - which is why the DealCatcher's bringing you three great deals from three great bike lock brands.

The next thing you've got to do is learn how to effectively use your new lock. Fortunately, we've got you covered there too. Check out our beginner's guide to bike security for all of our - and all of your - top dos and don'ts when it comes to locking up your beloved bicycle. 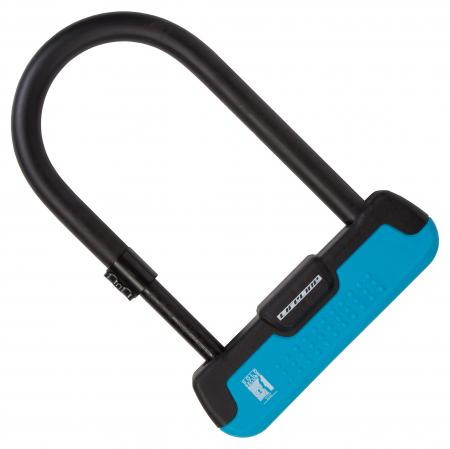 Most of us here at road.cc cycled through the 80s and 90s when bike security wasn't as refined an art as it is now.

These days manufacturers know their stuff. They're making locks that can withstand anything any piece of human-powered of machinery can throw at them.

Largely, that means that any U-lock you buy from a well thought-of brand will keep your bike pretty darn safe.

If you're after a little extra assurance, or you're following insurer stipulations, look out for the Sold Secure rating on products.

Sold Secure are an independent body - connected to the Master Locksmith's Association - who test and rate security products like bike locks.

This lock from LifeLine has been tested by Sold Secure and received a rating of Silver - on a scale of Bronze to Gold - and should be recognised by the vast majority of insurers.

The lock's shackle is made of steel, but is coated in plastic. The steel will keep the saw-equipped thieves away, while the plastic's in place to protect your bike from scuff marks, and to prevent chemical attacks.

The lock comes with a frame mount, so you won't need to take a bag with you to bring a lock along. 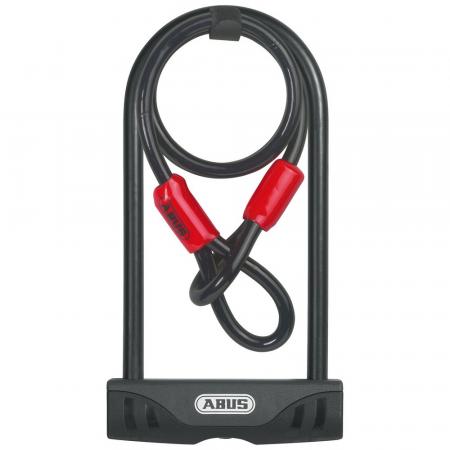 In the lock business it isn't all about Sold Secure ratings. Generally speaking, these days especially, if you're buying a U-lock from a decent brand, your bike should be safe.

The Abus Facilo 32 & Cobra Shackle lock  doesn't come with a Sold Secure rating, but that doesn't mean it's any less safe than the LifeLine you've seen above.

At this price, the Facilo sells itself as a bike lock for entry level bikes - a 12mm shackle of special hardened steel should keep bike thieves at bay - unless they're armed with power tools, at which point you'd be waving goodbye to your bike no matter how secure you thought it was.

The lock weighs 1.5kg, and comes with a Cobra Shackle for a bit of added security for your wheels and other removable bike bits. There are two keys, and a frame mount too. 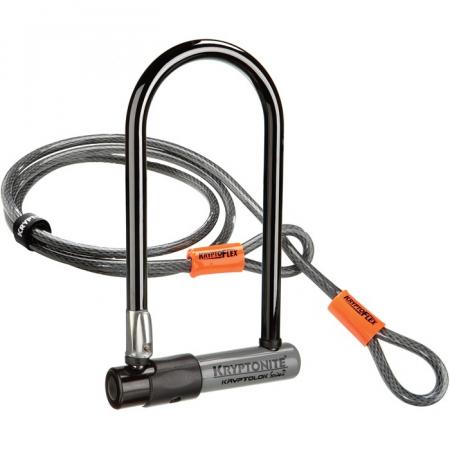 Finally, keep your bike safe from Superman as well as your run-of-the-mill bike thieves with the Kryptonite Kryptolok.

Kryptonite say that this bike lock should keep your bike safely within your posession even in areas of moderate to high crime rates.

At 13 mm, the Kryptolok is one millimeter thicker than the Abus you've seen above but rather than Abus' special hardened steel, this is Kryptonite's Kryptonium hardened steel.

The locking mechanism is a little more fancy, too. This is a patented deadbolt locking mechanism which - coupled with the reinforced sleeve which covers both the shackle and cylinder - provides extra holding power, and makes the mechanism less of a target.

The lock comes with two keys as standard, as well as a Kryptoflex braided steel cable as a secondary deterrent.