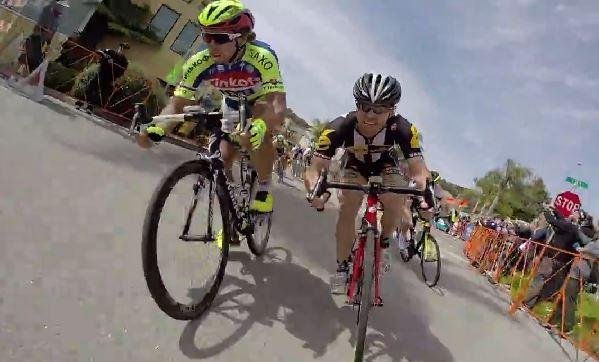 Wheelies, failed wheelies, rooftop parking and even a small amount of bike racing
by Alex Bowden

Nine of the best? Of course we could have found one more. However, what you don’t know is that this was supposed to be six of the best. Like Peter Sagan himself, sometimes we don’t know where to draw the line.

Here he is doing laps of Vittorio Brumotti.

Here he is doing a no-handed wheelie at the top of La Planches des Belles Filles.

And here is falling flat on his arse.

Then there’s that old classic, parking your bike atop a Citroen.

Brumotti reappears in this video as he and Sagan ‘play golf’ before indulging in a bit of wheelie-based choreography.

But it’s also worth watching Sagan racing about – riding around quickly is what he’s best at, after all.

Here he is belting round a forest on a mountain bike with Marco Fontana.

Here’s his hell-for-leather descent on stage 16 of this year’s Tour de France.

Here’s some on-bike footage of him taking a couple of tight bends before powering to the win in this year’s Tour of California.

Can you say bike handling? Peter Sagan shows his skills in the final 2 corners to earn his first California win with Tinkoff Saxo. View from Drapac Professional Cycling's Graeme Brown.

Posted by Amgen Tour of California on Thursday, 14 May 2015

And finally, here are the highlights of his 2014 season, wheelies and all.