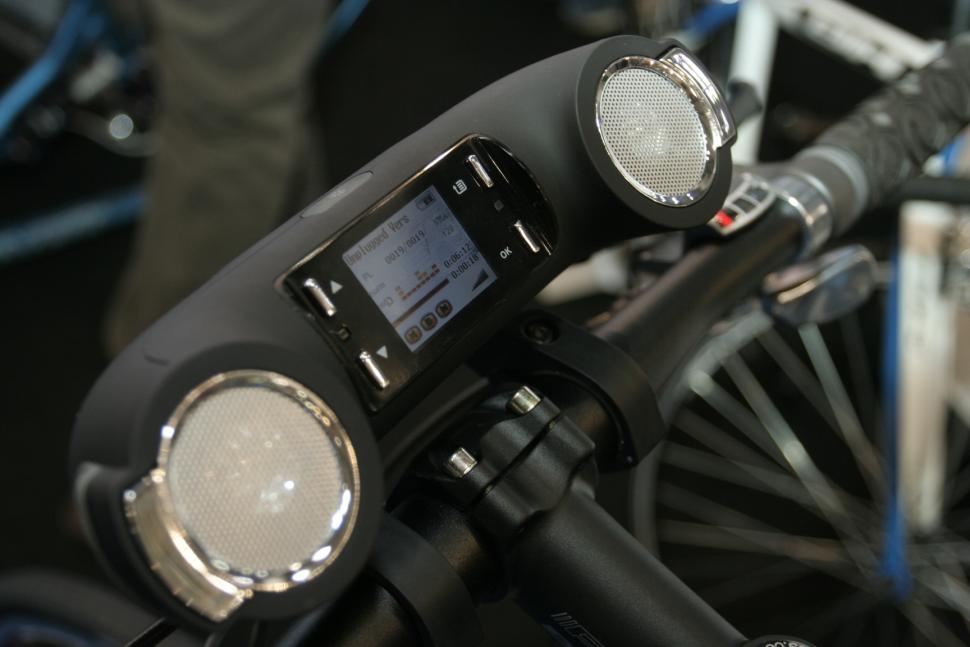 Bike speakers take the risk out of music on the move

Speakers for your bike… might not be as daft as they, er, sound
by Claire Green

Riding with music blaring in your ears is a great experience. Unfortunately, it’s also a dangerous one. Just after Christmas a US cyclist died when he was hit by a train, which he apparently didn’t hear because he was wearing headphones.

Now though there is a solution which lets you listen to music and hear what's going on around you – speakers on your bike. No it's not that fella pulling a woofer on a trolley at your local Critical Mass.

The Tommyca is a system that made its UK-debut at the Cycle show, it clicks onto your handlebars, giving you a musical treat, while keeping you safe at the same time. The patent on the unit is still pending, but the makers have patented seven individual parts within the Tommyca already, meaning cheap knock-offs are unlikely any times soon. 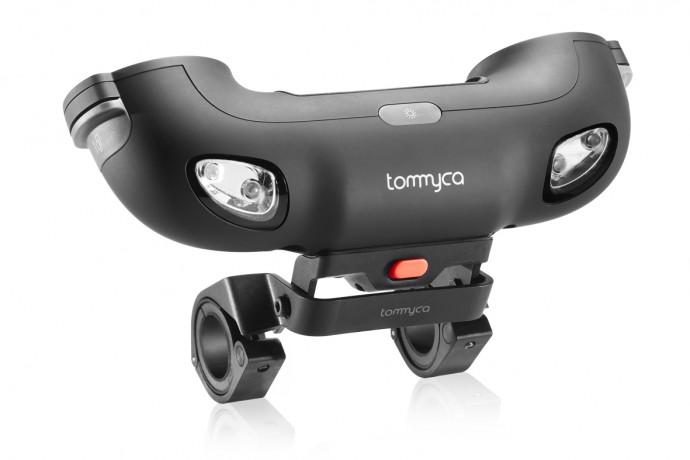 Company spokeswoman Karine Chambonneau told RoadCC: “The idea came from an electronics engineer who noticed a lack of sound system products in the bicycle market.

“He decided to build a product that would let him enjoy the ride safely, and without disturbing other riders.”

The Tommyca runs off a rechargeable battery, and has a maximum output of 94 or 96 decibels, depending on the model, running for up to six hours, if you use the built in LED headlights as well.

The speakers are enclosed, and water resistant, which is the least they'd need to be to survive exposure to British rain.

The TwoGo model has a docking station for your MP3 player, and both models include a mini USB port to allow for downloads. The speakers are built for ‘close field listening’ – so you’re not going to bug other riders, and have six preset equalizers. Run time is a claimed six hours with the headlights on.

Tommyca isn’t the only music/safety product out there in the market. Slipstreamz cycling headphones  claim to allow you to listen to music and still hear what’s going on around you – clever.

The Tommyca TwoGo is available  in the UK for £199 from UK distributor if you are interested you can get in touch with them at sales [at] ronnoko.co.uk. 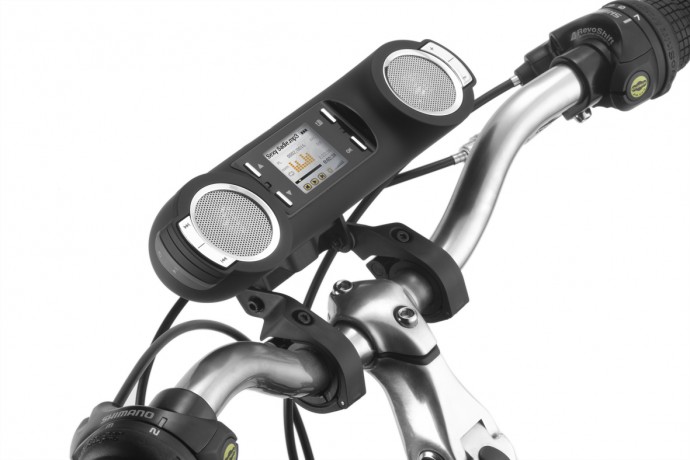