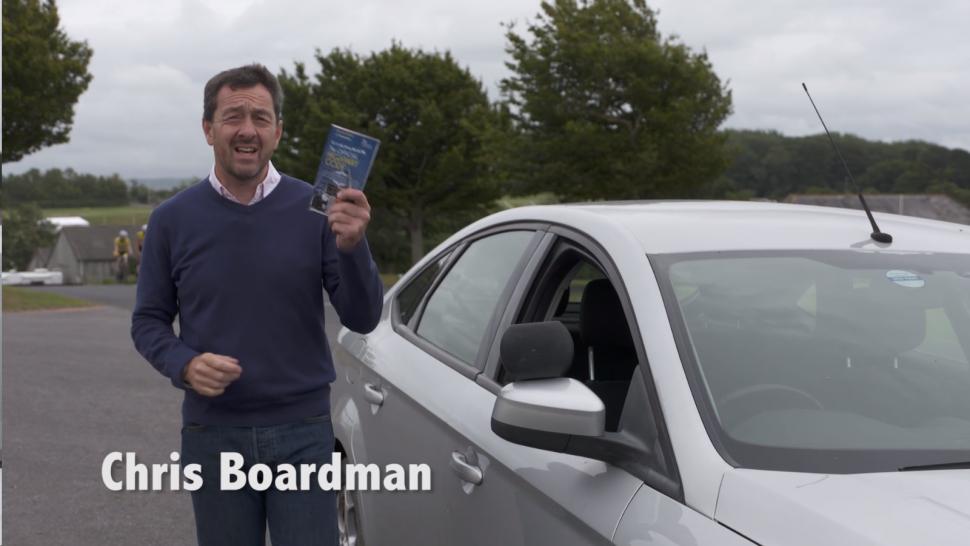 Video: Chris Boardman explains why cyclists can - and do - ride two abreast

Titled side by side, the second of two cycle safety clip explains why cyclists ride two abreast, and why this can be safer for everyone
by Laura Laker

The second of two public safety videos starring Chris Boardman, this time about why cyclists can, and sometimes do, ride two abreast, was released last night.

Titled Side by Side, the 140 second clip, which also stars master driving instructor, Blaine Walsh, explains why it can be safer for everyone when a group of cyclists rides two abreast, and that, according to the Highway Code, this is permitted.

Filmed to help tackle the common misconception about riding two abreast, the clip points out a group of cyclists easier to overtake than one strung out in single file. There are hopes both clips will become an official government public safety video.

In the video master driving instructor, Blaine Walsh, says: “A typical complaint from motorists, and even from some of my fellow driving instructors, is that cyclists ride two abreast. Well, in the Highway Code they are allowed to.”

Chris Boardman adds: "According to rule 66 in the Highway Code cyclists are advised to “never ride more than two abreast. So, three’s out but riding side by side is fine.”

“Think of it like this. In your car you have the driver’s seat and the passenger seat, that makes a car suitable for two people to travel next to each other. Cyclists riding next to each other are doing the same thing, maybe chatting just like you would do in a car.

The clip then shows a group of eight riders cycling two abreast which, it is estimated, is ten metres long, or the equivalent of two cars. The same group then rides single file, which takes up approximately 20 metres of road, or the equivalent of four cars which, as Boardman points out, "means spending more time on the other side of the road, a situation that's less safe for all concerned" when overtaking. 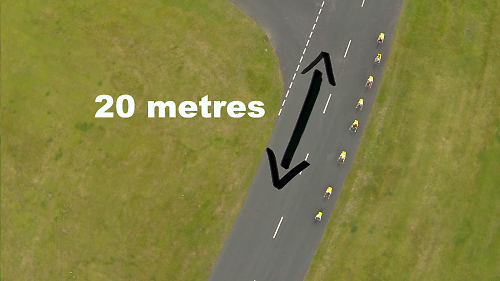 The video also points out cyclists have the responsibility to thin out where appropriate, though the Highway Code is less clear on this aspect.

Says Boardman: “Rule 66 adds that cyclists should 'ride in single file on narrow or busy roads and when riding round bends' but it doesn’t define how narrow or how busy or how curved the bend is supposed to be."

Funded by the bicycle alliance and involving eight months of behind-the-scenes work, the two companion videos have been praised for taking a positive and pragmatic approach to cyclist-motorist relations.