Curvy-tubed, "Wind friendly" beauty from Wilier that doesn't bruise the scales either
by Tony Farrelly

We're all for being "wind friendly' in these parts especially when it means we get to ride some classy Italian kit like the very lovely Wilier Imperiale that's just landed in the road.cc office.

“The Imperiale is a road bike that manages airflow like a time trial bike and rides like… a Wilier”, is the way Wilier are telling it.

Essentially this is Wilier's foray in to the world of the aero optimised road bike, (see also the Cervelo S3 and Felt AR series) hence the “Wind friendly” slogan on the top tube and design details like the deep section chainstays acting as “splitters” to direct airflow around the rear wheel. 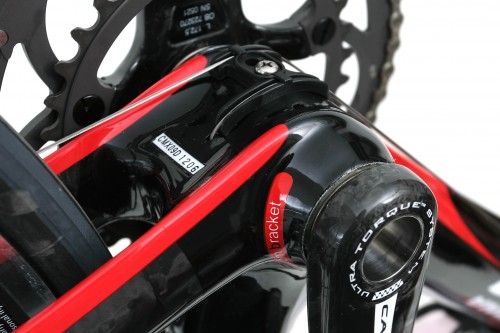 Given the brief no surprise that the Imperiale uses frame profiles and profiling techniques used on Wilier's Tri Crono TT bike and matches them up with the geometry of their top race bike the Cento1. No surprise either that aerodynamics expert, John Cobb, who designed the Tri Crono has had a big hand in the design of the Imperiale too. The deal here is that Wilier are attempting to reduce frontal area and drop weight without sacrificing strength or stiffness that's done they say by clever use of the carbon lay-up process to reinforce key points on the frame along the top tube and rear triangle. 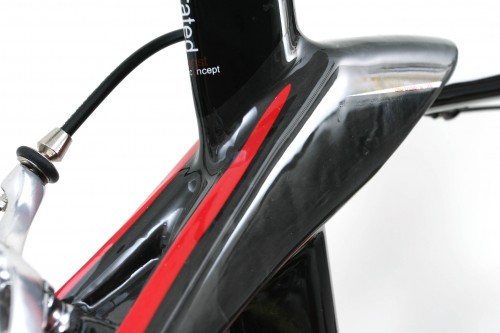 The frame is formed from two monocoques, you've guessed it – the rear and front triangles. The chainstays plug in to the bottom bracket with the seat stays wrapping around the seat post – all for aero effect, that it looks good too can't hurt either. Our favourite Italian bike design tics are present: a nice curvy top tube and an integrated seat mast – although given that this is an aero road bike it could be argued that the latter is definitely a pleasing combination of form and function. That swoopy tube may have an aero benefit but it means there is no internal top tube cable routing – you'd struggle to get a clean cable run through that curve, but again Wilier can score that to putting function over fashion. 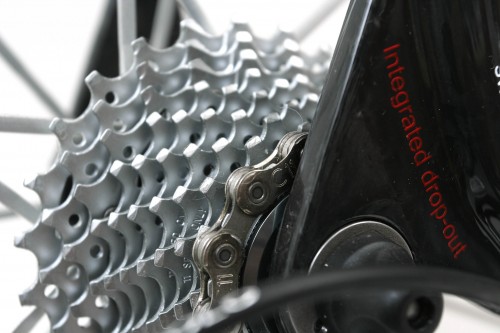 Like it's stablemate the Cento1 the Imperiale's oversized bottom bracket design houses the bearings inside the frame rather than in external cups. The BB is bonded in and replicates the screw-in cups that come with a Campag. Ultratorque BB but it can accommodate either Campag, Shimano, or SRAM cranksets with adapters and spacers being available for the latter two systems - to suit the different axle sizes and spacing. Being as the bottom bracket is bonded in It's not  BB30 compatible as we mistakenly said when we first posted this - even if it had an adapater system as some manufacturers now provide it'd be rather hard to get out. Being as we've got the Imperiale Chorus ours has the standard Campag set up which doesn't require spacers. Oh, and being the latest version of Chorus it is 11-spd too. Mmm… nice. So where does the Imperiale site in the Wilier hierarchy? Well the Cento1 Super Leggera – the super lightweight version of the Cento1, sits in top spot – that's the bike of choice for Lampre, the other versions of the Cento road family the Di2 and Cento1 tuck in behind with the Imperiale alongside – Lampre seem to use it as a 'special issue' weapon deployed for tougher races such as the spring classics places you might fret about taking an ultra-lightweight bike. It's not unlike the way Cervelo structure their range except for them the aero S3 is standard issue and the super light R3 SL is the special weapon.

Not that you could accuse the Imperiale of being heavy, straight from the box ours hit the scales at 7.26Kg – a nudge over 16lb in old money. A complete Imperiale Chorus will cost you £4250 while the frameset can be yours for £2500.

All that remains for it now is to get it down to our local Wilier dealer so they can lop a bit of that seat mast and our lucky tester will be hitting the road to put in the miles and bring you a full report.