French brand Look is all set to launch a new time trial bike called the 796 over the next few days. It is currently being used by riders from the Look-sponsored Bretagne-Séché Environnement team in the French national time trial championship, and it’ll be used again when the Tour de France starts with an individual time trial in Utrecht a week on Saturday (4 July).

Look has so far released no details about the 796, although Bretagne-Séché Environnement has published a few pictures on social media. 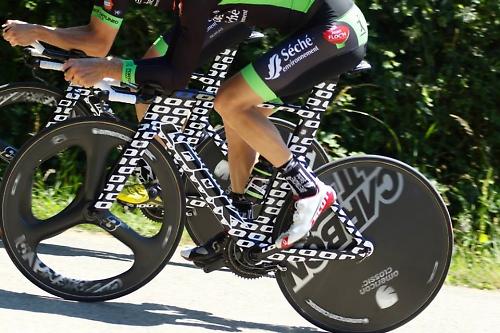 Integration was the name of the game when Look launched its 795 aero road bike last year, and the brand seems to have followed the same theme here. As with the Aerolight version of the 795, the 796 appears to have a front brake that’s integrated into the fork. The brake isn’t just sheltered by the fork, the brake arms sit within the fork legs/crown.

Rather than being mounted in a conventional position on the seatstays, the rear brake is mounted behind the bottom bracket. Again, that’s a feature of the 795. Look used a direct mount Shimano rear brake on the 795 and they could be doing the same here. 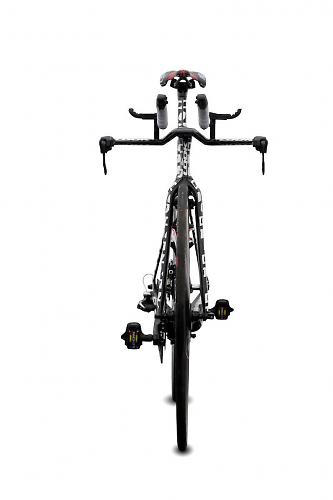 Unlike the existing 596, the 796 has a pan-flat top tube that leads into an integrated stem. It sits within the silhouette of the frame so as not to increase the size of the bike’s frontal area. 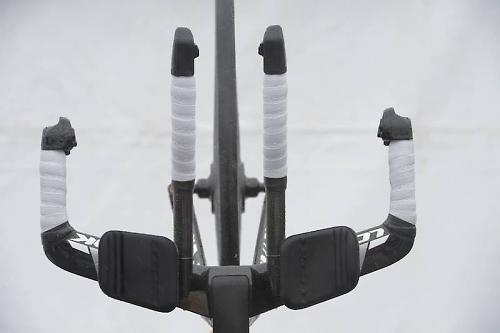 This bike is equipped with Shimano Dura-Ace Di2 electronic shifting but the only wire in sight is the one that runs from the end of the driveside chainstay to the rear mech. Look patented the 795’s cable routing, the cables heading inside the frame right at the top of the head tube with a guide taking them around the fork steerer. It appears that Look has done something different here, apparently running cables and wires through the proprietary handlebar and into the stem, and then on into the frame. We’ll be interested to find out exactly what’s going on inside there.

With the 596 Look said, “Our engineers studied all angles and shape of the tubes in order to obtain the most aerodynamic bike on the market and tested in the wind tunnel at the Magny Cours Race Track in Nevers, France. Each tube of the frame is positioned to optimise the air flow between the rider and the bike together in motion.”

It’ll be interesting to hear if they say something similar about the design of the 796. It exhibits many of the features that we’ve come to associate with time trial bikes over recent years. Viewed from head on, it’s obvious that the designers have done their best to minimise the size of the area presented to the wind by using narrow fork legs and frame tubes, and a similarly skinny seatpost. The clamp for that post is hidden, Look presumably using a wedge system with the bolt sitting within the top tube.

The tube profiles are very deep, as is usually the case with time trial bikes, in order to minimise drag. 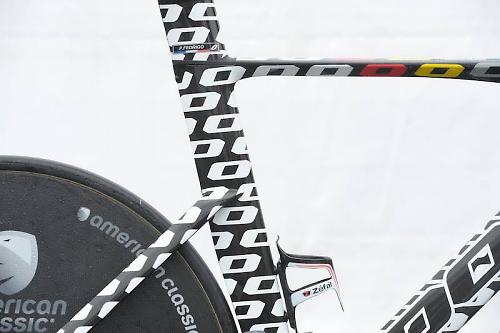 You can see that the seatstays join the seat tube low, again to minimise frontal area, and they sit wide, well away from the rear wheel, presumably to avoid disrupting the airflow in that area of the bike. Interestingly, Look haven’t wrapped the seat tube around the rear wheel to the extent that most other manufacturers do. 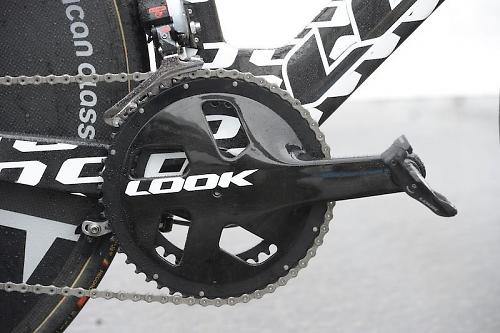 The chainset appears to be an aero version of Look’s Zed design and it certainly looks the business.