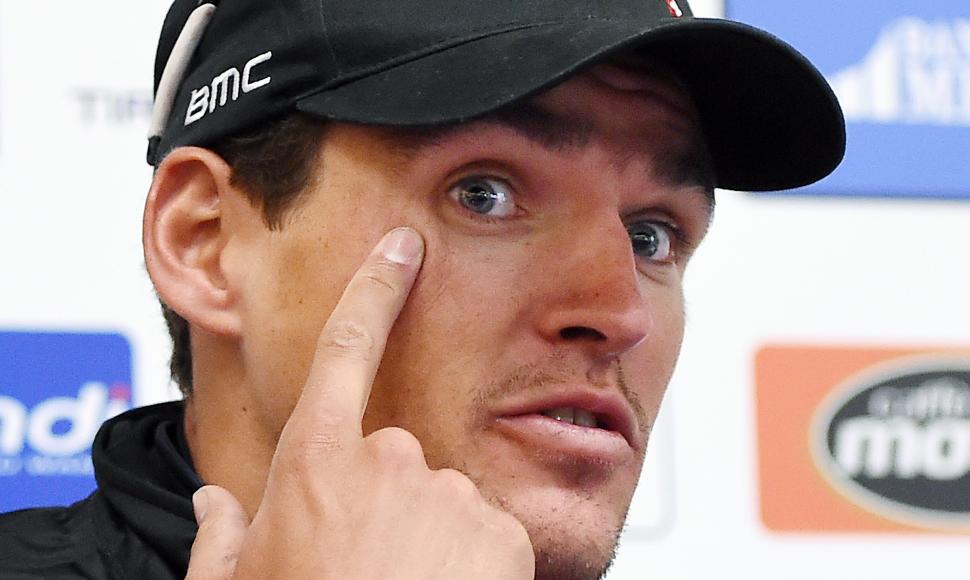 Belgian Cycling's disciplinary commission exonerates rider who was third at both Flanders and Roubaix last month ...
by Simon_MacMichael

Greg Van Avermaet, who finished third at both the Tour of Flanders and Paris-Roubaix last month, has been cleared of doping charges by Belgian Cycling’s disciplinary commission.

The 29-year-old stood accused of using cortisone – he admitted having done so in 2012 under prescription to treat a heel injury – and the children’s medicine Vaminolact, which he denied ever using.

He was also suspected of having links to Dr Chris Mertens, currently under investigation for providing athletes with ozone therapy.

Van Avermaet, who faced a ban of up to two years, admitted using cortisone in 2012 after receiving a prescription to treat a heel problem, but his defence proved he had never taken Vaminolact.

In a statement, Belgian Cycling said that its disciplinary commission, “responsible for doping issues, declares the rider Greg Van Avermaet not guilty of the charges laid against him and as a result says there is no reason to impose any disciplinary sanction whatsoever on hm.”

"We never doubted Greg's innocence," he said. "We are pleased with the decision."

Van Avermaet added: "I am happy this nightmare is over. This has been a hard period for me.

“Finally, I can focus only on cycling. I want to thank my friends, family and the BMC Racing Team, who supported me."