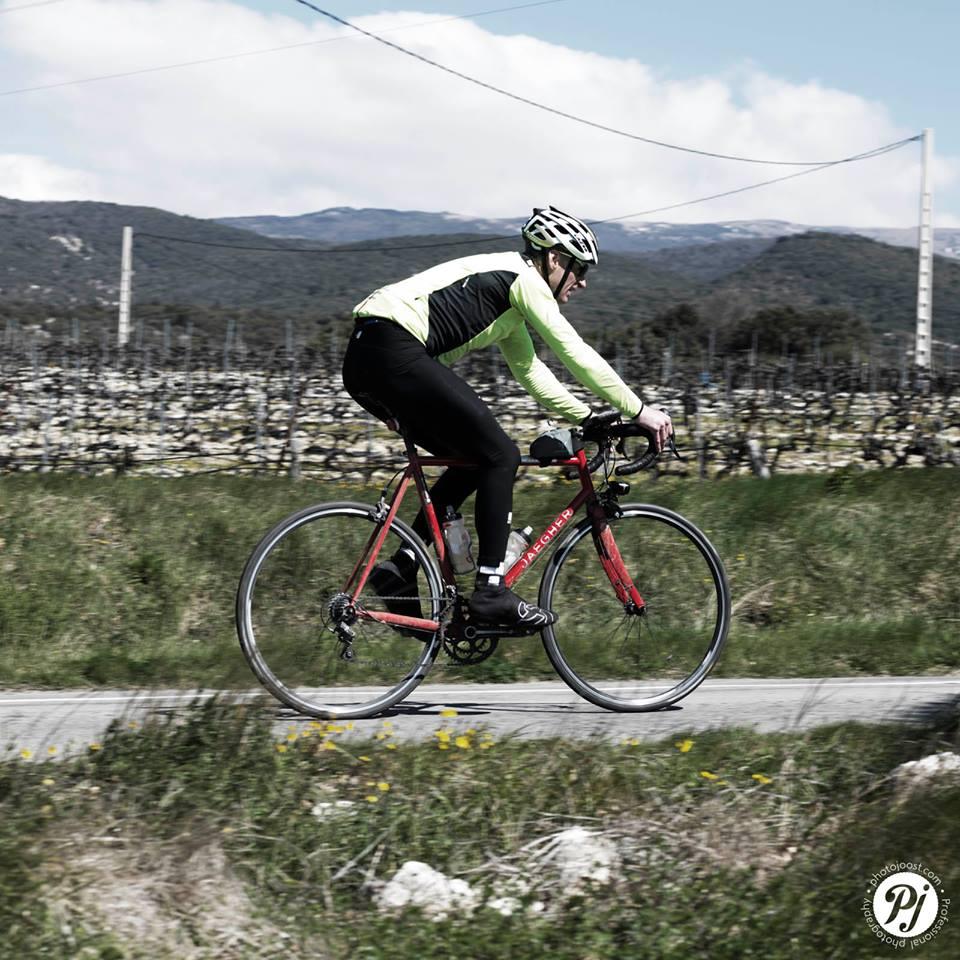 Kristof Allegaert goes for a weekend spin - 1,000km from Flanders to Ventoux

Belgian ultracyclist tells road.cc of challenges he faced in ride completed over 36 hours on Saturday and Sunday
by Simon_MacMichael

We’re guessing there aren’t many people who would plan a near-1,000 kilometre, non-stop bike ride over a single weekend – and fewer still who would finish it with an ascent of Mont Ventoux. But that’s exactly what ultracyclist Kristof Allegaert did last Saturday and Sunday.

The Belgian set off from his home town of Kortrijk at 6am on Saturday morning to head towards Provence, pedalling through France while many of his compatriots were glued to coverage of the Tour of Flanders.

He reached his destination a shade under 36 hours, and 982 kilometres, later – in the process climbing 10,280 metres.

Allegaert is no stranger to incredible feats of endurance on the bike – he won the inaugural 2013 edition of the Transcontinental Race from London to Istanbul, and retained his title last year.

The third edition of the race this July starts in Flanders, and while participants are free to choose their own routes, they are required to pass through several checkpoints – the first of those this time round being at the summit of Mont Ventoux.

Allegaert told road.cc that he’d chosen to finish on what is one of the most feared climbs in cycling “just to make the ride even harder than it was, otherwise it would be too ‘easy’ for some people.”

But he said it was pure coincidence that his ride over the Easter weekend was along the same roads he is likely to follow during July’s race.

“This ride was in my head for two years, so for me it's even a negative point that the first checkpoint of the TCR will be on top of the Ventoux,” he explained.

“I love to cycle long distances and this is a part of my training. Every ride can end completely differently because of the conditions, the wind, heat, temperature,” he went on. 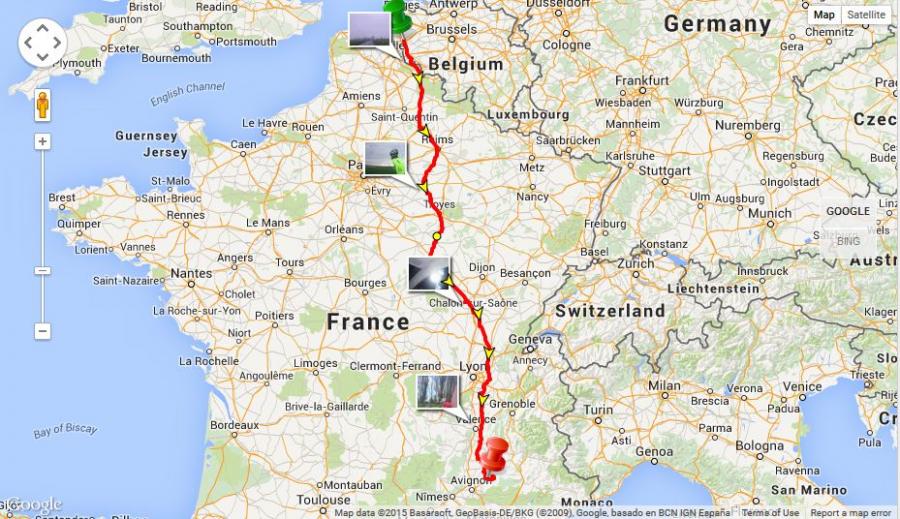 Besides the fact that the Ventoux in early spring is a very different – though no less daunting – beast compared to the searing temperatures of July, he pointed out one other big difference from the Transcontinental Race, where riders are unsupported.

“This ride was done with a car that was following me all the time so it was quite easy to get my drinks and food at the road,” he said.

“The hardest part,” he continued, “was without doubt the climb to the top of the Ventoux, the 900 kilometres before ... even if the temperature was no higher of than 5 or 6 degrees Celsius, around the Ventoux the wind was blowing so hard that it was very dangerous not to be blown over the side of the road.

“From Bedoin to the top it took me around 2 hours 30 minutes because I was so tired and getting pain in my left knee,” he added.

He said he encountered “no problems at all, not even a puncture, thanks to Continental.”

However, he did find the road closed as he headed up Mont Ventoux, something that didn’t deter him from pursuing his goal.

“The road was closed a bit after Chalet Renard because of snowfall,” he said. In fact the road is still free of snow but you can't get down the other side, which is completely covered in ice and snow.

“At the top it was so cold that stopping was close to torture, the wind felt so hard and cold. I’ve never known anything like it,” he concluded.

Allegaert undertook the ride on a steel-framed Jaegher bike – the firm, which made frames for Eddy Merckx, will be exhibiting at Bespoked Bristol next week. 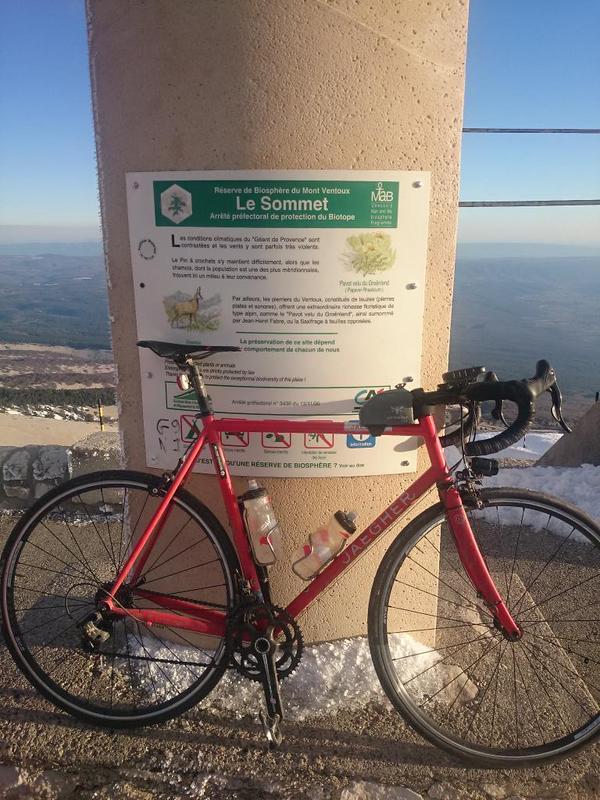