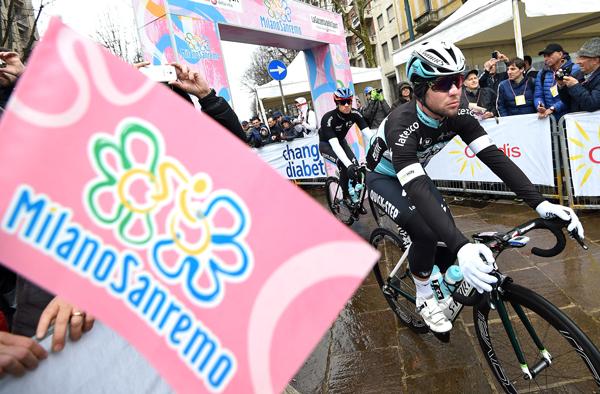 Mark Cavendish frustrated by CIRC report, and says he is focused on winning races

Sprinter unimpressed with commission's summary of current state of sport...
by Simon_MacMichael

Former world champion Mark Cavendish says he is frustrated by the report published earlier this month by the Cycling Independent Reform Commission into doping in cycling, which he believes sets out “all the shit” from the past while failing to give an accurate picture of the current peloton.

The Etixx-Quick Step rider, speaking yesterday at the launch of this year’s Prudential RideLondon-Surrey Classic, also says he will prioritise winning races rather than focusing on renewing his contract with his team, which expires at the end of this year.

His former Sky team mate, Chris Froome, was the only current rider listed as having been interviewed by the CIRC.

Others may have spoken to the commission under conditions of anonymity, but Cavendish confirmed he was not among them, and believes the report did not reflect the reality of the peloton now.

“I wasn’t asked [to be interviewed],” said Cavendish, quoted on Guardian.co.uk. “I can tell you that 95 per cent of the peloton would know one rider who would have made certain comments.

"There are certain quotes that are from unreliable sources that don’t mean anything and warp the whole sense of the document.”

The report claimed that some riders have now turned to micro-dosing in an attempt to evade being caught in anti-doping controls, but was unable to put a figure on how widespread doping might be in the sport today, citing estimates from those interviewed that ranged widely from 20 to 90 per cent of riders.

“To be honest I don’t think there is anything particularly new in there,” Cavendish went on. “It’s all the shit from the last years compiled in one document. It gives people something else to talk about.

“It’s an understatement to say it’s a bit frustrating but as long as cycling is cleaning up and I’m racing on fair terms that’s enough for me.”

The 29-year-old finished 46th in Milan-San Remo on Sunday, a disappointment for the winner of the 2009 edition of the race.

Afterwards, he put the disappointing result down to his continuing recovery from illness he picked up prior to Tirreno-Adriatico earlier this month, not helped by having to chase back after his chain shipped on the Cipressa.

Earlier this year, he was warned by Etixx-Quick Step general manager Patrick Lefevere that he would need to produce results ahead of any discussion of contract renewal.

Cavendish, who has had a strong start to the season including victory at Kuurne-Brussels-Kuurne earlier this month, said his focus right now is on achieving victories on the road rather than thoughts of his future.

“Without results you can’t speculate on anything,” he said. “I’ve had a strong start to the year. If concentrating on getting a contract is going to affect my ability to race, I’ll concentrate first and foremost on the races and hope the contract comes from that.

“There’s not much uncertainty. This happens to every single bike rider in the world.”

He also reflected that there had been little criticism of the early-season results of the Giant-Alpecin sprinter who has emerged as his chief rival in recent seasons, but who has also been struggling to overcome a virus.

“I’ll take it as a compliment that not much is being said about Marcel Kittel’s slow start,” he said.

“The only way I’ll get confidence over Marcel is from beating him, and it gives me more confidence seeing me having a good spring than seeing him struggle.”