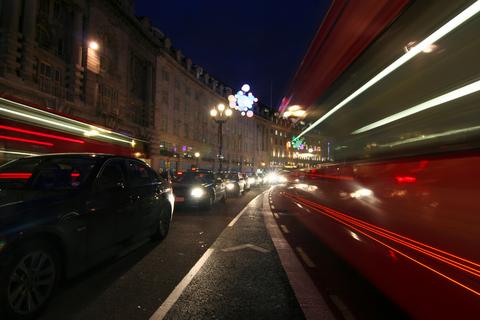 A London Cycling Campaign (LCC) official has called for government limits on car advertising as a way of encouraging cycling.

Tom Bogdanowicz, the LCC's campaigns and development officer, says the £500m spent in the UK every year on car adverts should be scaled back, and cycling promoted as a healthy and sustainable form of transport.

Blogging in the Guardian, he writes: “Reversing the trend of ever-increasing car ownership and use is not as difficult as it seems. If governments were to limit car advertising, as they did with alcohol and tobacco when the health impacts were recognised, people would take decisions about their mode of transport based on common sense rather than the promise of open highways, high speeds and glamorous locations. Common sense might well encourage cycling or walking for more journeys.”

“When Transport for London ran a TV ad promoting cycling it was a unique occasion,” he said. “The number of cyclists on UK roads has dropped sharply since the 1940s, and London stands out as a rare example of a city where cycling has doubled in six years.

“While the government encourages us to walk, ride bikes and use public transport, it knows that car advertising is persuading us to do the exact opposite. Instead of sharing one car, households buy two or three so that everyone can express their own personality through their vehicle.

“If you believe the advertising, your car will make you more attractive, more popular and more successful. How many car ads show the reality of being stuck in traffic or the frustration of searching for a parking space?

“The survival of cycling as a transport mode and its growth in London is a tribute to its convenience and simplicity. Surveys show that one-in-five of us would like to cycle. If the barriers to cycling were removed – such as perceived danger and a lack of cycling infrastructure – cycle journeys in the UK might increase tenfold to the levels seen in Holland or Denmark. The benefits are obvious: more cycling and walking would help prevent health problems as well as climate change.

“If reduced auto promotion stemmed the growth in car ownership as well, we could see more people cycling and drivers might discover that the roads were less busy and parking spaces easier to come by. In fact, there is little choice; Britain's urban population continues to grow – unless we enable people to cycle and walk more, and stop persuading them to use cars, we face gridlock.”