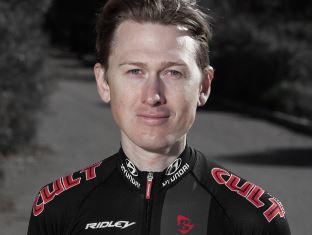 Swedish rider Gustav Larsson will on Saturday become the fourth man this year to attempt the UCI Hour record, during the season finale of the Revolution Series at the National Cycling Centre in Manchester.

The 34-year-old, who rides for the Danish team Cult Energy, is a six-time national time trial champion and won silver medals in the discipline at the 2008 Olympic Games in Beijing and at the 2009 World Championships in Mendrisio.

He will be aiming to beat the record of 52.491km set last month by Australia’s Rohan Dennis, which took place a week after Jack Bobridge failed to beat the previous record, set last year by Matthias Brändle. Since Dennis set the benchmark, Thomas Dekker has tried and failed to beat it.

Larsson, who has ridden for teams including Saxo Bank and Vacansoleil-DCM, said: "I am very confident of breaking the Swedish hour record but it is the world record I am after. I think it will be possible – it will not be easy but I am feeling ready for the challenge!”

“I was inspired to try for the hour record when I was trying to heal my broken back last year. It was one of the goals to get back on the bike and to look forward to through the rehab and winter training.”

It will be the second successive round of the Revolution Series where an attempt will be made on the UCI Hour Record, with Dame Sarah Storey missing out on the women’s version less than a fortnight ago in London.

Movistar’s Alex Dowsett had also planned to attempt the Hour at the velodrome at the Lea Valley VeloPark that weekend, but had to cancel it after breaking his collarbone in a training ride.

“When I heard about the Dowsett and Storey attempts at the Revolution series meet at London I thought it was a super concept,” said Larsson.

“It looked like the perfect venue to do my attempt at the last round and on the historically fast track in Manchester so we contacted the organisers.”

“The atmosphere and excitement we experienced during Dame Sarah Storey’s attempt was phenomenal so we know the event will make a great addition to the Revolution race programme.”

Larssson’s attempt gets under way at 3.30pm at the conclusion of the Saturday afternoon session and tickets are available from  www.cyclingrevolution.com or by calling See Tickets on 0844 854 2016.

Highlights will be broadcast on Channel 4 at 7am the following Saturday, 21 March, and will be available to watch online afterwards on the 4OD catch-up service.