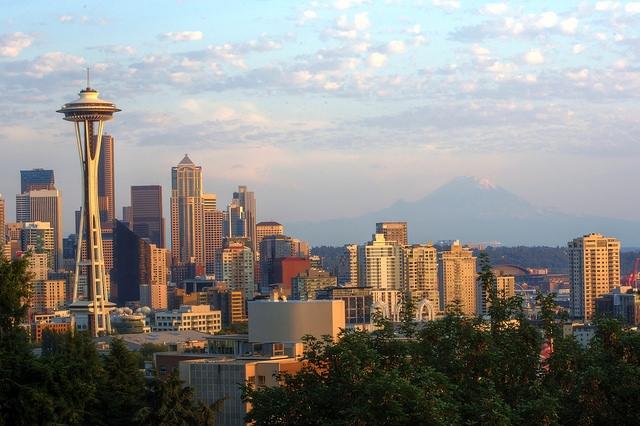 Are you a ‘cyclist’ or a ‘person who cycles’? How language helped Seattle overcome its ‘bikelash’

Step one – stop fighting a ‘war on cars’
by Alex Bowden

Drivers and cyclists – we all know it’s not an ‘us and them’ situation; that cyclists more often than not also drive a car. However, does the language we use get that message across? People for Bikes, a US cycle advocacy group, reports how a group of Seattle cycle campaigners has experienced great success and overcome the city’s ‘bikelash’ through being very careful in its choice of words.

"When you start thinking of somebody as a 'driver' or somebody as a 'cyclist' or somebody as a 'pedestrian' – which is actually my least favourite – it's easy to think of someone as part of a tribe," says Tom Fucoloro, publisher of Seattle Bike Blog. "Just because you're riding a bike doesn't mean you're in epic opposition to everyone who's driving a car."

A non-profit group called Seattle Neighborhood Greenways (SNG) are cycling advocates who make a point of branding themselves neighbourhood advocates. Key to their approach is their inclusive language which puts the emphasis on people, not tribes. They’ve even produced a cheat sheet listing alternatives to a lot of common terms. For example, ‘drivers’ become ‘people driving,’ while ‘cyclists’ become ‘people cycling’. A small difference perhaps, but SNG believes a crucial one.

Since the group was founded in 2011, Seattle has positively embraced cycling. The city has lined up one of the most ambitious protected bike lane building schedules in the country, while a public bike sharing system launched last autumn. Before then, things weren’t so positive and while the group can certainly claim to have influenced things, it seems that three words that were beyond their control may have played a part.

For a number of years, ‘war on cars’ was a popular phrase in Seattle and rather than discussing how cycling infrastructure could be improved, the city instead found itself arguing about whether driving should be made worse.

“Where is the advocate for increased bike and pedestrian safety who has not been branded an anti-car ‘militant’?” asked Seattle newspaper, The Stranger, summing up the issue. It was partly as a result of this that the SNG philosophy was borne.

Other organisations have taken note. Fucoloro says that the local Cascade Bicycle Club once had a tendency to describe anything that improved cycling as a "bicycle project," unintentionally implying that if you weren't a bike commuter, you wouldn't benefit.

"That didn't work as well as ‘People are getting harmed on this street for no reason’,” he says. “That's a much better story.”

In Seattle at least, cyclists are people too.