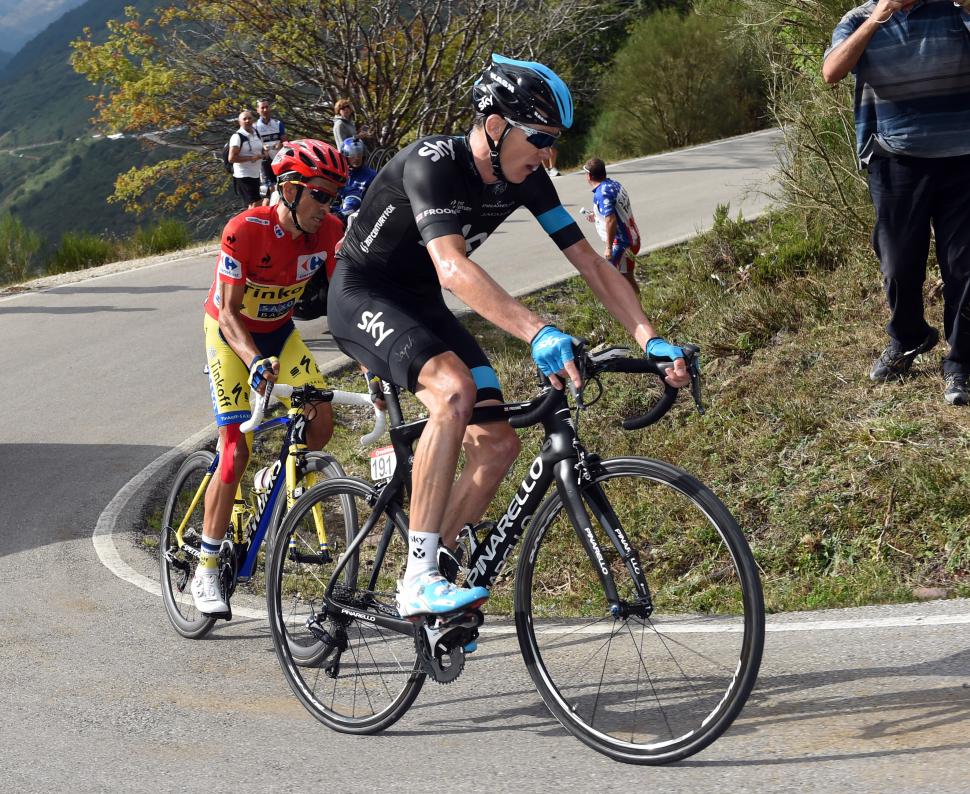 "Maybe I lost the Tour, but I didn't lose my life," says Alberto Contador about the stage 10 crash which caused him to abandon this year’s race. While accepting responsibility for the incident, he says he feels lucky to have escaped with just a broken tibia and is now looking forward to renewing hostilities with Chris Froome, who he says will be his greatest rival at the 2015 Tour de France.

In the wake of Contador’s withdrawal from this year’s Tour, there was much debate about what had caused his crash. Many believed that his bike frame had snapped. However, Contador told BBC Sport's Matt Slater the incident was entirely his own fault and emphasised the need to always be paying attention.

"What I will say is you've got to concentrate for every second on the bike or you won't win the Tour. At that moment, I relaxed, I looked ahead, saw the road was clear and reached back into my pocket to get something to eat. That's when I hit something in the road, my bike jumped and I lost control."

After being given a new bike and shoe and having had his leg bandaged, Contador initially tried to continue, but after another 20km it became apparent that he would have to pull out. Despite this, he feels he got away lightly. "When I think I was going 77kph at the time and I only broke my tibia, well, on balance, that's good."

Contador says the thing that bothered him the most was not the pain but the thought that his great form was going to waste.

"When I lost that time on stage five I was relaxed. I knew my condition – how I had worked harder before the Tour than I had ever worked in my career – and I knew the Tour is very long. When I finished on the cobblestones and analysed it, I was positive – 2.30 was fine.

"I can't say that I would have won, but I know I would have challenged. In my opinion, the favourite was Froome, and if we had stayed in the race we would have had a great battle in the mountains."

Some have said that next year's Tour route isn't for Chris Froome because of the lack of a long time trial. When it was announced, even the rider himself suggested that he might ride the Giro instead – although he has since confirmed that he will in fact ride the Tour after all.

Contador says talk of time trials is misleading and is convinced that Froome, not 2014 winner Vincenzo Nibali, will represent his greatest threat in 2015. "Froome isn't a climber? Of course he is a climber. He was the best climber in 2013 and I still think he's the favourite for next year."

On his personal website, Froome has expressed similar feelings about Contador, saying that he is the rider who stands out ahead of the 2015 Tour. “He came back after his injury in an amazing way to win the Vuelta España title this year and I expect him to be just as strong next season."