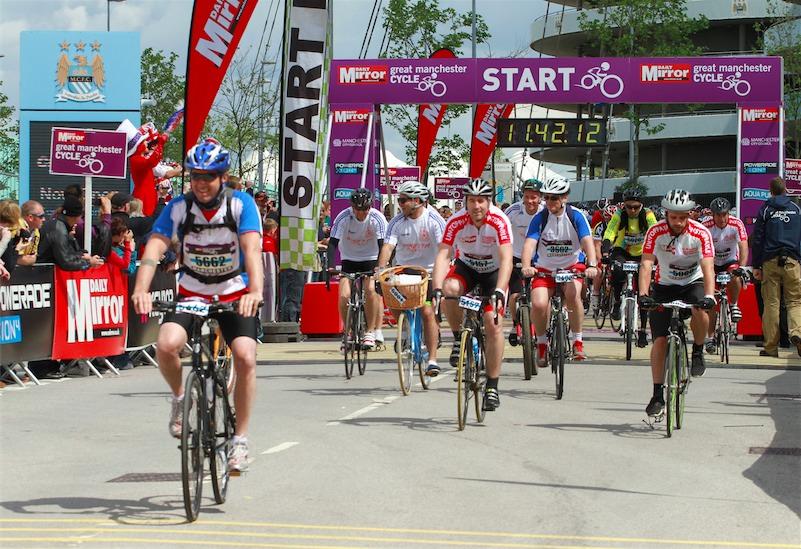 Have your say: Manchester plans 37 miles of new cycle routes - but are they good enough?

Seven routes from suburbs into the city planned - but Manchester's record on sensible cycleways criticised...
by Sarah Barth

Cyclists in Manchester are being asked for their views on 37 miles of new cycle routes following seven routes.

Four of the new paths will be near Manchester Airport, Prestwich, Wilmslow Road and Cheetham Hill, while three others are planned for near Salford, Stockport and the Bridgewater and Ashton canals.

The current share of transport to work by bicycle is 2.1 per cent in Greater Manchester, a figure local councils are keen to improve.

While any new cycle infrastructure can be welcomed, cycle campaign groups are already registering concerns that the plans do not go far enough.

Graeme Sherriff from Love Your Bike, told the Manchester Evening News: “We’ll be taking a close look to check if the proposals fit the design criteria set out in our manifesto: safe, coherent, direct, comfortable, attractive, future-proof.

“We feel that some of the planned route do not meet that criteria.

“We would encourage everyone who cycles or who is interested in cycling to take a look at the proposals and let the council know what they think.”

The consultations can be found in detail here, with comments encouraged.

The introduction to the consultation notes: “We're re-shaping our region to make cycling part of our culture, connecting Greater Manchester's 2.7million residents to their schools, shops, work and leisure spots while cutting noise and pollution.

“We already have some great cycling facilities – but not enough, and they're not well connected.

“These projects – underway across Greater Manchester – will help fix that: joining up routes, making them safer, and getting more people cycling.”

The leisure and commuting routes, dubbed ‘Better by Cycle’, follow the Oxford Road planned development and, the council say, are designed to encourage people to see cycling as a normal part of everyday life.

They are intended to connect communities on the fringes of the M60 with the city centre, for access to jobs and schools.
A Transport for Greater Manchester spokesman said: “These seven key cycleways will connect local communities

and a number of them will provide easy access for cyclists to Manchester city centre, meaning a significant boost in the quality of the cycling provision in Greater Manchester.

“It’s all part of our aim to encourage more people to cycle across Greater Manchester, with free cycle training, improved bike parking and facilities and a major educational programme with our partner schools.

“We want to know what both new and existing cyclists think of the proposed improvements and encourage people to have their say during Manchester city council’s consultation.”

We recently reported however, that the Oxford Road route has been criticised for design features including cycle lanes crossing over footways; nonsensical indirect bike paths which encourage shortcuts along pavements; and convoluted junctions which demand that cyclists mount and dismount the pavement multiple times.

The newest plans have been drawn up by TfGM, the ten Greater Manchester councils, British Cycling and public health officials.

“Local shoppers may look forward to nipping to the shops by bike, and trade will be boosted from these local errands. Those in cars will I hope welcome clearer junctions and reduced congestion - even small shifts from cars will give great improvements in traffic flow.

“The health and environmental benefits and household cash saved by active travel are tremendous, and more people on bikes as a natural way of getting about could mean yet more Olympic and Paralympic stars for Team GB.

“As a Withington councillor I am particularly excited to see proposals for Wilmslow Road with improved junctions, crossings and separated cycling. The 20mph schemes on every residential street and the High Street and Christie Hospital area are fantastic.”