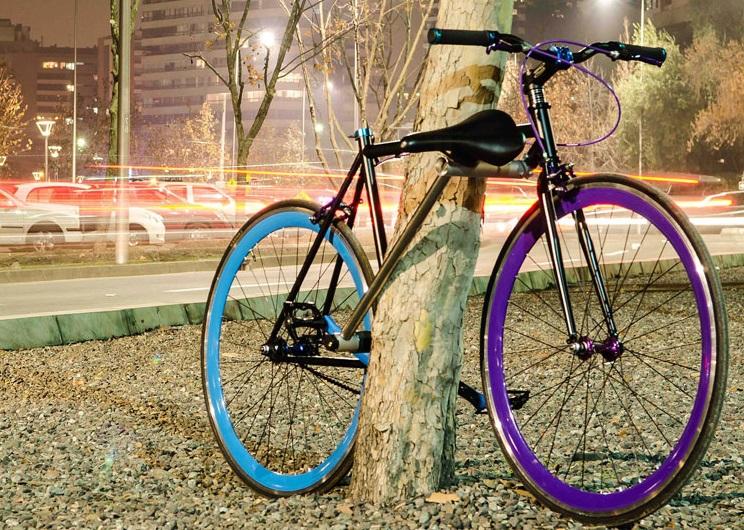 A few months ago, we reported on the “unpickable” bike lock – now, three engineering students in Chile who have come up with what they claim is the world’s first “unstealable” bike are seeking backing to put it into production.

As some road.cc readers pointed out in comments to our article in April about the Forever Lock, securing your bike with something that can’t be picked is all well and good, except thieves instead tend to physically break locks. Not so good.

But what if the lock is an integral part of the bike, rendering it useless if it’s broken? That’s the thinking behind the Yerka Project, with the downtube able to be separated into two parts that swing out, with the seat post completing the lock as shown in this video.

The bike, which is a prototype, was designed by three engineering students who had all been victims of cycle thieves, Cristobal Cabello, Andres Roi Eggers and Juan Jose Monsalve.

There’s minimal information on the project’s website, with no details of pricing nor how much weight the locking mechanism adds compared to a similar bike without one.

According to The Scotsman, the three designers are waiting for their patent to be granted, and aim to seek crowdfunding to take the project to the next stage.

It adds that they are looking for a partner able to invest $300,000 for the initial production run of 1,000 bicycles that they plan to sell from the middle of next year.

Oh, and that "unpickable" lock? It turns out it wasn't.

1
A bike fit for £25? MyVeloFit promises quick and affordable fitting from your own home with AI-powered tool
2
Widow of cyclist killed by driver aged 93 calls for annual testing of older motorists
3
Near Miss of the Day 568: “Too dangerous” – close pass van driver’s response to cyclist who invited him for a bike ride
4
Video: NSW driver chucks coffee cup at cyclist, tailgates him through stop sign and flips the finger– so of course, the Daily Mail asks “who’s in the wrong?”
5
Complaint against Daily Mail upheld over false claim that campaigners wanted “abuse of cyclists to be made a hate crime”
6
Video: Driver calls 999 to report cyclist for not getting out of her way
7
Brompton reels from impact of Brexit and Covid
8
86-year-old cyclist died while riding Land's End to John o'Groats