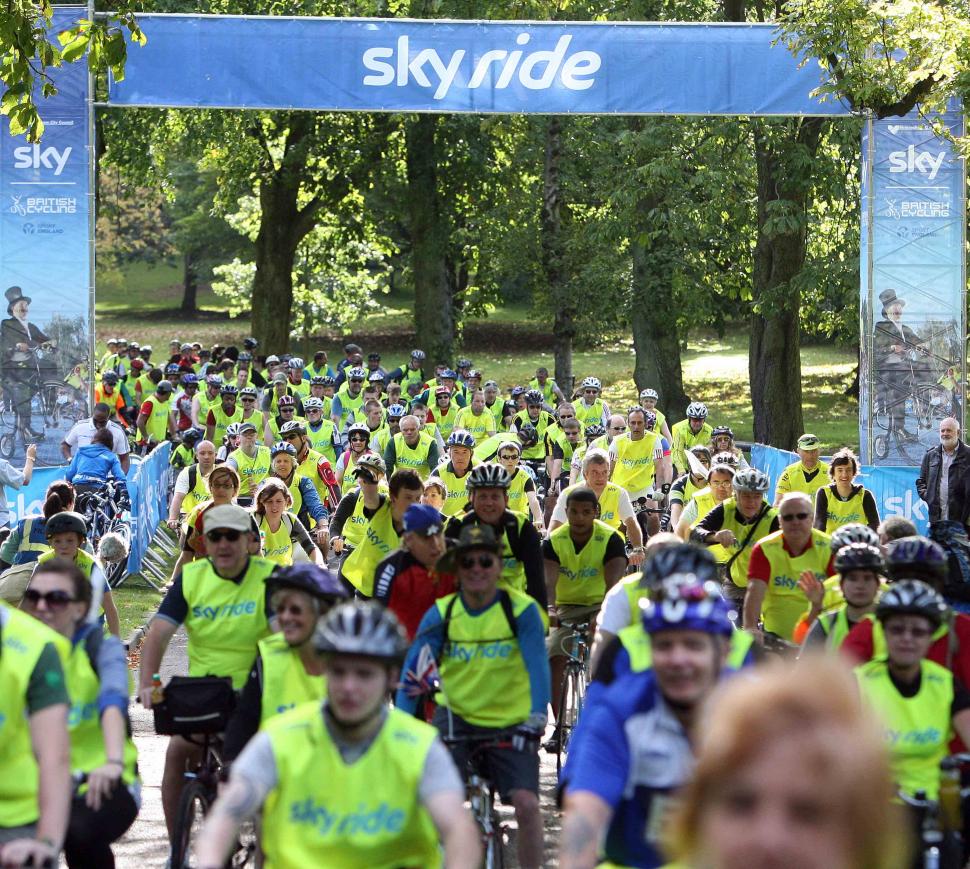 A row about whether Birmingham spending millions of pounds of cycling provision is ‘discriminatory’ because it ‘only benefits white young men’ has reached the House of Commons.

Last year, England’s second largest city was awarded £17 million under the government’s Cycle City Ambition initiative, which together with £7.3 million in local funding is aimed at getting 5 per cent of journeys made by bicycle within a decade, rising to 10 per cent after 20 years.

However, speaking at the Edgbaston District Committee in September, Conservative councillor Deirdre Alden expressed concerns over the sums being spent, because “the vast majority of cyclists on our roads are young, white men.”

Now the Birmingham MP Richard Burden, who is also Labour's official transport spokesman, hit out at Deirdre Alden's claims that Birmingham's £23 million plan to encourage cycling was discriminatory. She also added that women who like to wear modest clothes would not be able to join in.

She went on: "Most elderly people are not going to cycle, and it would be dangerous for them to start on our streets now.”

Mr Burden (Lab Northfield), said: "In my own town, Birmingham, a prominent Conservative councillor is on the record saying that cycling is discriminatory against women, particularly women from ethnic minorities. Fortunately, most people in Birmingham do not share that view.

"There are huge benefits to cycling. In particular, it improves people's health – physical inactivity costs the NHS between £1 billion and £1.8 billion every year – and protects the environment by tackling air pollution and congestion in our towns and cities."

Birmingham City Council's own impact equality assessment, which they had to produce as part of their bid for the government funding in 2013 did state that some ethnic groups are currently more likely to cycle than others - but states the scheme is designed to encourage "excluded" groups to start cycling:

"The proposals will make cycling a more attractive travel option for short trips, including a range of communities and social groups, many of which are ethnically mixed or socially deprived, and which may not have a cycling culture at the moment.

"Inclusion of women will be encouraged through initiatives such as Women on Wheels as part of the supporting measures package."

Making cycling more accessible to people who do not currently ride is a key part of the council’s strategy, however, with the Cycle City Ambition application underpinned by a ‘built it and they will come’ approach.

Providing safe infrastructure, for example, has been shown to encourage more women to cycle, and the initiative also seeks to increase levels of cycling among ethnic minorities and schoolchildren.

The councillor also claimed disabled people do not get any benefit from cycling, although a report from a Birmingham City Council committee ahead of the formal bid cited that “indicators demonstrate that cycling amongst individuals with disabilities [in Birmingham] is increasing at very encouraging levels.”

According to the Birmingham Mail, councillors were reportedly “stunned” – despite the initiative being widely reported locally at its launch – to hear that of 5,000 bikes the local authority plans to buy to establish cycle hubs which will act as hire stations and centres for training, 2,000 will be given to people living in deprived areas.

The initiative, Big Birmingham Bikes, follows on from the council’s Be Active initiative, designed in part to reduce levels of obesity.

At its launch earlier this year, Councillor James McKay, the council’s cabinet member for a green safe and smart city, said the Be Active initiative was “now an internationally recognised public health intervention. Look at the figures: forty per cent of 11-year-olds are overweight and one-in-four is obese.”

He added: “There are barriers to cycling and not everyone can afford to go out and buy a bike straight away, but short-term loans, long-term loans and bike maintenance should help to break down those barriers.”

Ian Austin (Lab Dudley North), co-chair of the All Party Parliamentary Cycling Group, said: "A central recommendation is for long-term, dedicated funding of £10 per head per year, rather than limited funding for eight cities for a couple of years.

"We want ten per cent of journeys to be made by bike by 2025 – the figure was less than two per cent in 2011 – and we call for lower speed limits in urban areas. We want more effective enforcement of the law, we want children to be taught to ride at school, we want more segregated cycle lanes, and we want cycling to be considered properly as part of the urban planning process."

"The possible benefits range from saving the NHS £17 billion to increasing the mobility of the nation's poorest families by 25 per cent.

"Traffic delays in London cost £1.5 billion a year. An increase in cycling would tackle congestion and pollution, and would make our roads safer and our transport system more efficient.

"It would enable people on low incomes to travel more easily, would make our town and city centres more pleasant places, and would support local economies."