Eurobike is the place to go if you want to see time trial/triathlon bikes and here's our pick of some of the finest on show.

We have plenty more in the bank, including models from Scott, Argon 18, BMC and Colnago, but we don't want to spoil you so we'll be running those on road.cc next week.

In the meantime, check out this little lot. The Bolide is the bike that Team Sky have been riding in time trials for the past year or so. The brakes are integrated to hide them from the airflow and the handlebar is integrated too, flowing into the frame to reduce the air resistance. 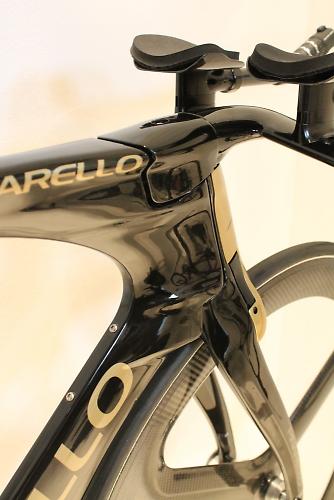 The Di2 battery is held within the frame (the Bolide is compatible with mechanical shifting too), and the cables are internal too. We showed you the Cipollini Nuke a couple of days ago, complete with the crazy promo video for it starring Super Mario as himself. The Nuke is made from T800 and T1000 carbon fibre and is available in road and track versions. The road version featured here has the front brake integrated into the fork and the rear brake hidden within the chainstays. Check out our original story for more details. We first saw the Felt IA at last year’s Eurobike. It’s not UCI legal but it does conform to triathlon rules, and that’s where this bike is squarely aimed.

With a shrouded external steerer tube, the head tube area on the IA has a depth to width ratio that’s a colossal 11:1.

The seatstays join the seat tube incredibly low in order to reduce the frontal area. This also adds to the comfort, Felt say, and increases the lateral stiffness of the rear triangle. The Konos, made from T700 carbon fibre, has one of the shortest head tubes known to man – 80mm on the 56cm model. Both the fork and the stem are integrated to produce a very low front end, although you can obviously use spacers if you want a bit more height. 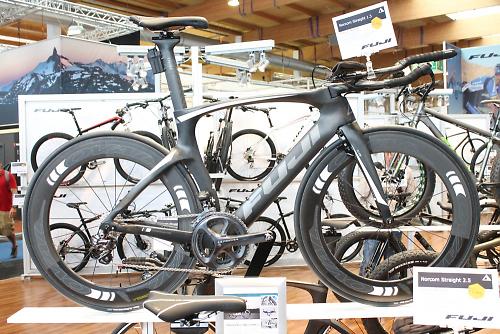 Fuji’s Norcom Straight 1.3 (sorry about the cluttered picture; that's often the way at shows) is yet another time trial bike with an integrated stem (where the stem is sunk down into the head tube so that it doesn’t increase the size of the bike’s frontal area. 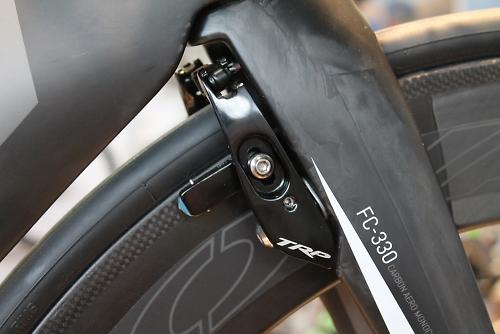 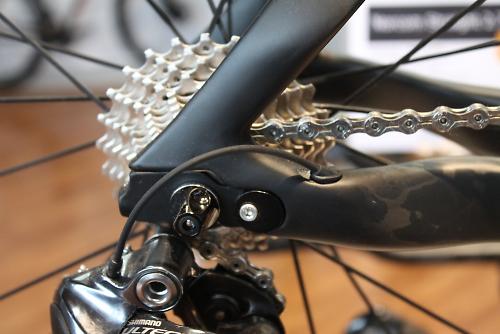 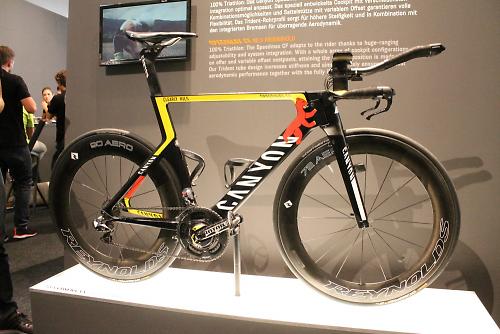 This is the Canyon Speedmax CF belonging to German Ironman triathlete Nils Frommhold. Check out how flat everything is front the front of the fork/stem right through to the seatpost to minimise the frontal area, and note how far forward the saddle is positioned in order to steepen the seat angle as much as possible. Di2 allows you to have shifters both at the ends of the aero extensions (as usual) and on the base bar for when you’re riding out of the saddle. The Hersh Krono Race is another of those bikes that hides the front brake away inside the fork. The down tube drops so the leading edge is positioned super-close behind the front wheel and rear facing dropouts allow you to finetune the gap between the seat tube and the rear wheel. 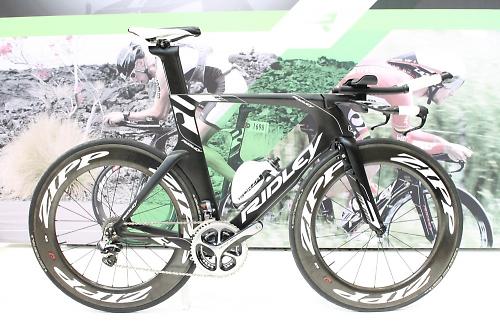 Ridley follow the trend for positioning the front brake behind the fork legs but the Dean uses a full internal centre-pull cable system, the cable routing hidden within the head tube. 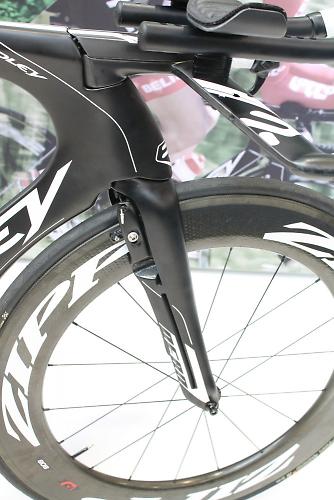 The F-Split fork is notable in that each leg is split in two with a small gap down the middle – the twin foil concept – the idea being to reduce drag. 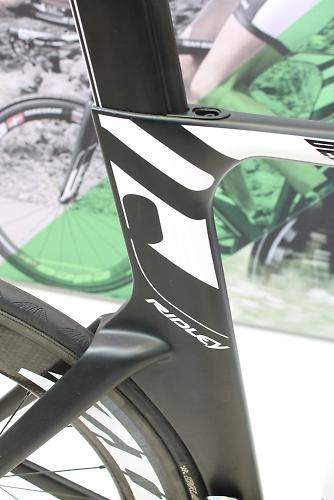 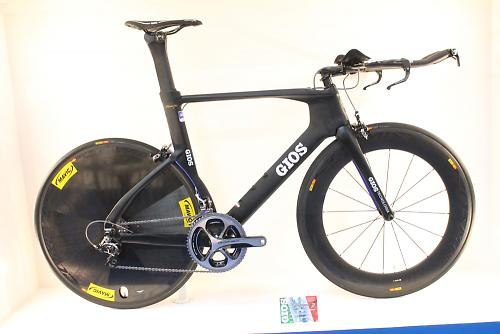 The T700 Aero Master from Italian brand Gios features a very deep head tube and a rubber shroud to keep things smooth around the seatpost clamp. You get to choose between two different clamp positions for the saddle. 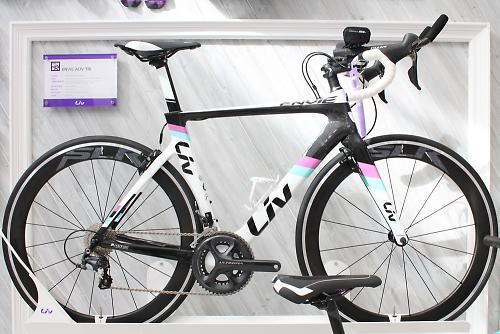 Liv is the name that Giant gives to its women’s range and this is the Envie Advanced Tri.

It’s a drop-barred bike with the addition of clip-on aero bars. It has aero-profile tubing and many other aero features including linear-pull brakes hidden behind the fork legs and seatstays, an aero seat post and Giant’s deep section P-SLR 1 Aero wheels.