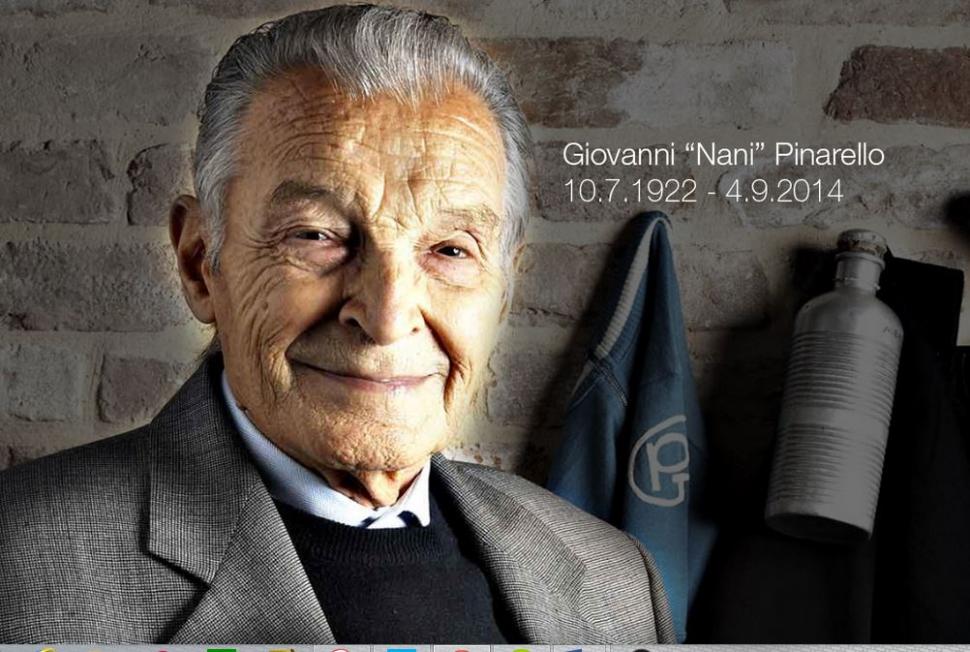 Giovanni Pinarello dies at the age of 92

Giovanni Pinarello, founder of the Italian bicycle manufacturer whose frames have been ridden to Tour de France glory by the likes of Sir Bradley Wiggins, Chris Froome, Miguel Indurain and Jan Ullrich, has died at the age of 92.

Known as ‘Nani,’ Pinarello’s business was founded in 1953 as a bike workshop towards the end a cycling career in which perhaps his most notable distinction was finishing last in the 1951 Giro d’Italia to clinch the maglia nera [black jersey], which at the time carried a lot of prestige.

He also won races including Rome-Naples-Rome and the Giro delle Dolomiti.

Pinarello passed away yesterday evening at 6.45pm, shortly after being taken to hospital in Treviso, his grandson Nicola told the Corriere del Veneto.

“Now granddad has found Andrea,” he told the newspaper, referring to his grandfather’s youngest son, who died of a heart attack after taking part in a stage of the amateur Giro dei Friuli in 2011.

He continued: “He began to feel unwell at around 6pm and we took him to accident and emergency. Sadly there was nothing to be done and shortly afterwards he died, fortunately without suffering, but leaving a hole that cannot be filled.”

The mayor of Treviso, Giovanni Manildo, said: “He will remain for everyone in Treviso a lovely image of our city, a man who left his mark not only on Treviso, taking the name of this area all around the world.

“Each of us has a memory of him, I remember him with a broom in his hand, cleaning the area in front of his shop. He was, and will always be, one of the great people of Treviso and an affectionate thought goes to him and his family.”

The company he founded has added a gallery of images from his racing career and afterwards to its Facebook page, where it also says that his funeral will be held tomorrow, Saturday 6 September, at Treviso’s cathedral at 3.30pm, with all welcome to attend.

1
Taxi driver hit cyclist then did factory reset to hide his use of two mobile phones
2
Journalist who seriously injured cyclist while test-driving McLaren supercar loses appeal against jail sentence
3
Colnago to use blockchain tech on 2022 bikes
4
Transport boss tells drivers: “If you’re in a car you’re part of the problem”
5
Ineos Grenadiers are racing on disc brakes… finally
6
Five cool things coming soon from Wahoo, Tacx, Van Rysel, Pearson x Lake and Sundried
7
Supersapiens launches Energy Band to give real-time glucose data and help you maximise performance
8
Near Miss of the Day 638: Two incidents in less than a minute including an extremely close undertake (video includes swearing)