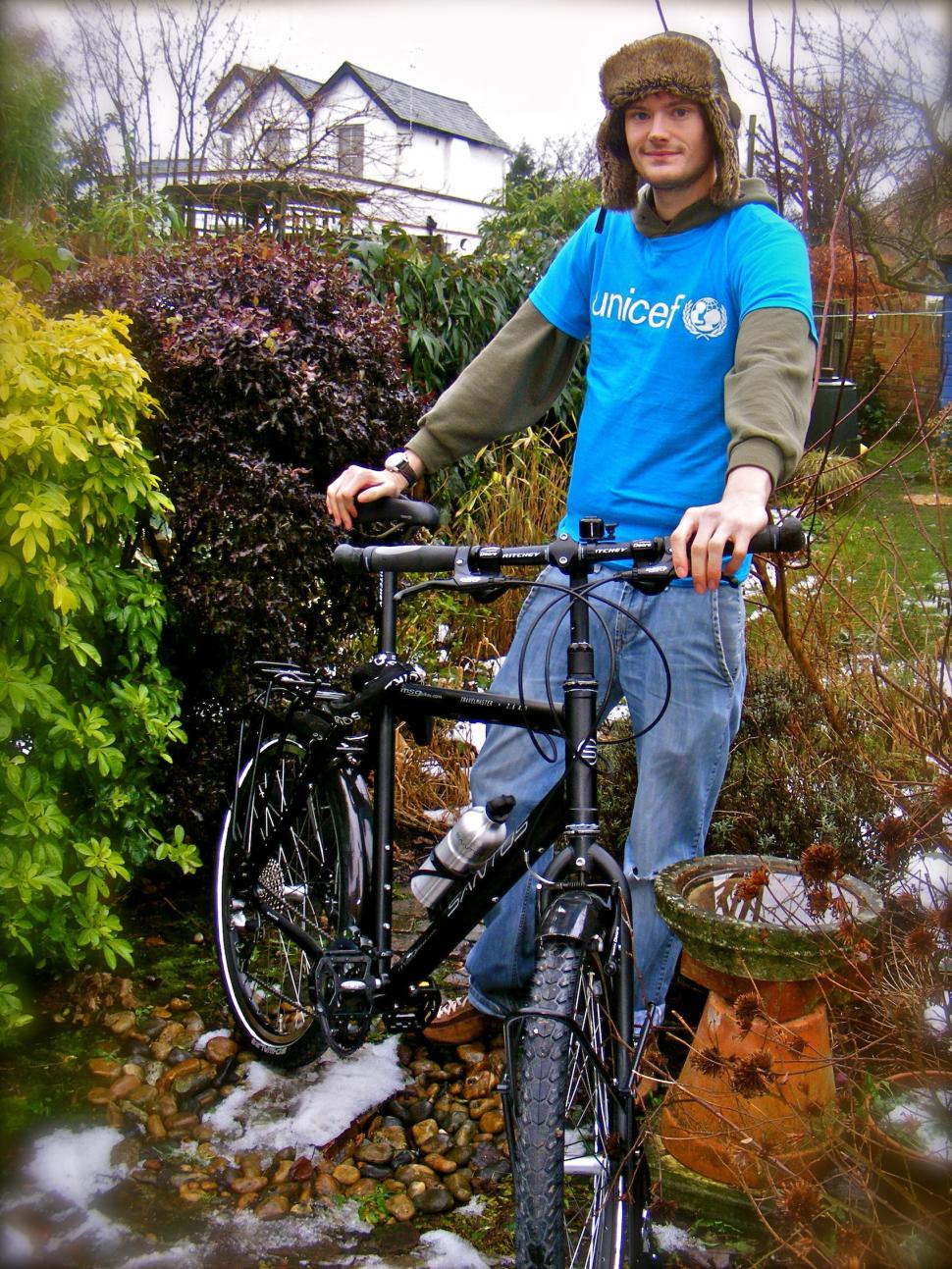 A Northern Ireland man whose planned cycling-cum-documentary trip around North America and Australia was cut short by injury is almost back in the saddle.

Leon McCarron, aka 'The Cycling Reporter' was to set off from New York this February with the idea that he would interview everyone he met to talk about their interests.

But during training he suffered a serious injury to his right pectoral muscle and the journey was postponed. Nevertheless, he's optimistic about his chances of  starting off soon.

“I still haven't been able to train yet,” he told road.cc exclusively, “but my body's healing up quite well, and the plan is to get back on the bike in the next week or so. I've got a fair bit of time in NYC to get myself fit again, and hopefully avoid any more setbacks.”

Leon's trip has attracted media attention and he's received support from adventurer Charley Boorman. This in turn has led to sponsorship by Dutch bike builders Santos, and Leon is now the proud owner of a Santos Travelmaster.

Leon McCarron aka 'The Cycling Reporter' was planning to set off from New York City in February 2010 to cycle the width of North America, the length of New Zealand and the Coast of Australia. However, during his training for the expedition, he suffered a serious injury to his right pectoral muscle, and was forced to undergo surgery at the start of November. The whole thing had to be postponed, but now, 2 and a half months later, he's on the road to recovery.

The film graduate has just set off for New York City, where he will be working for a documentary film production company before the expedition begins. He has also extended the route, so that now instead of pausing for reflection in Sydney, Australia, Leon will ride through the heart South East Asia as far as Hong Kong. This is now the new goal, but not necessarily the end.

“When I reach Hong Kong I think I'll take a break for a week or two and assess the situation.,” he said. “Money will probably be the biggest obstacle, but if I can find some further funding then I'd love to just keep going from there, and cycle back west towards home.

“All the film equipment and concept related stuff is basically ready to go, I just need to finalise a few last sponsors for camping related gear, try to get some more funding, and most importantly get back to full fitness!

“I hope to conduct a few interviews in New York to post on the website, and this way give the viewers an idea of what to expect from the rest of the trip”