So customary is it for the winner of the Tour de France to receive a specially painted bicycle to parade around the Champs-Élysées in Paris quaffing champagne, that we’d be shocked if a manufacturer didn’t pull out something special. 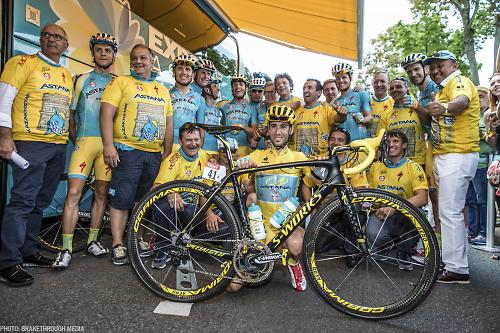 Specialized didn’t disappoint, delivering 2014 Tour de France winner Vincenzo Nibali a customised Tarmac for the final stage of the race. They steered clear of the obvious route of painting everything yellow however, and matched the black base colour with yellow decals and graphics. There’s a small picture of a yellow jersey on the top of the top tube. 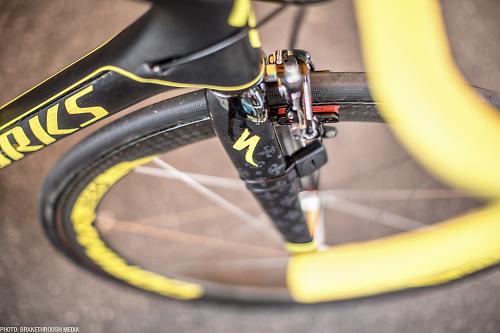 As Tour special bikes go, it’s rather restrained. It’s a bit less garish than the all yellow Dogma that both Chris Froome and Bradley Wiggins rode in 2013 and 2012 respectively. We’re certain Pinarello had a new Dogma F8 painted yellow in anticipation of Froome winning the race, we’ll just have to wait until next year to see that bike. Maybe. 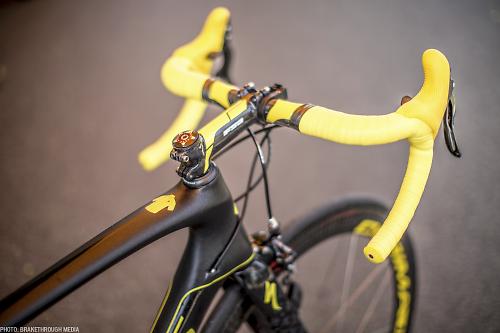 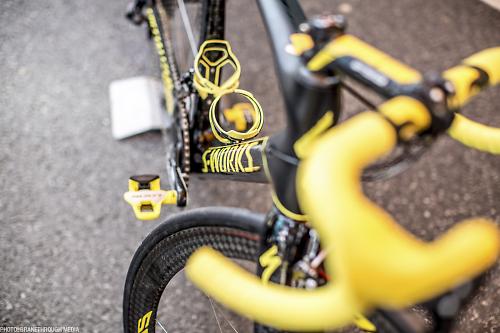 Of course Nibali had already been racing aboard a custom painted ‘shark’ bike already, we got a good look at it before the Grand Depart. Here it is. 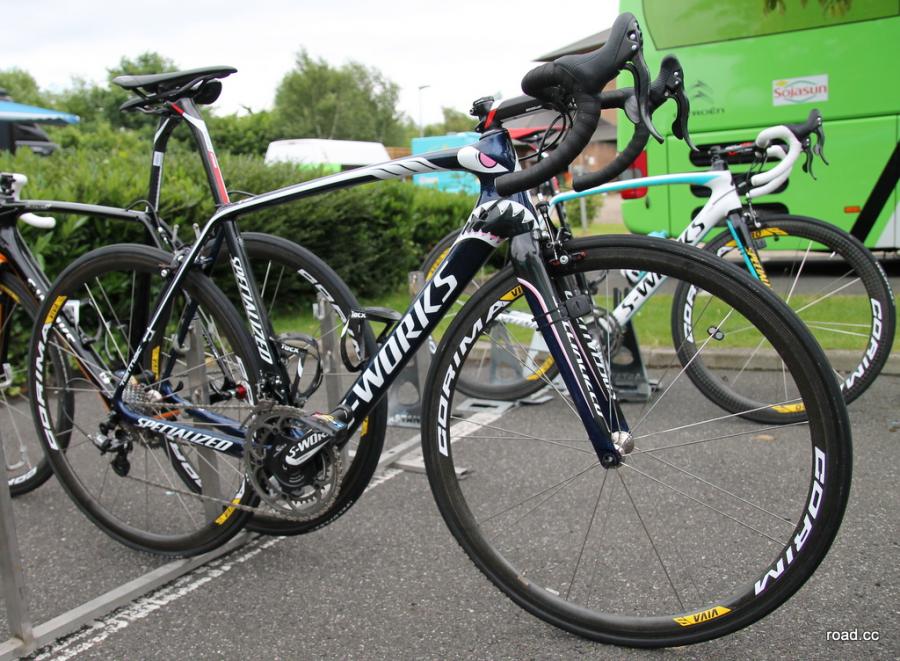 Nibali rode the new Specialized Tarmac that the US company unveiled earlier this year, and introduces size-specific carbon fibre layup to the Tarmac range for the first time. It’s also available with disc brakes, in likely anticipation of the UCI ratifying disc brakes in the next couple of years. 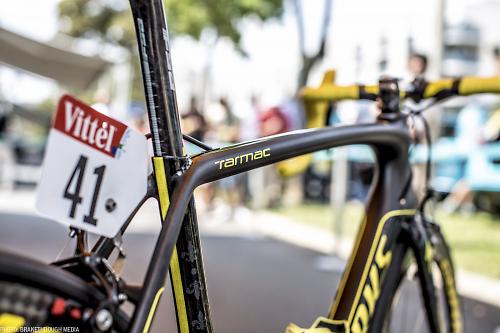 Also sponsored by Specialized, Rafal Majka was seen riding a very custom Tarmac on the final stage of the Tour de France. We’ve only got this one photo, but you can see that they applied the iconic red polka dots to the white Specialized decals on the frame and wheels. 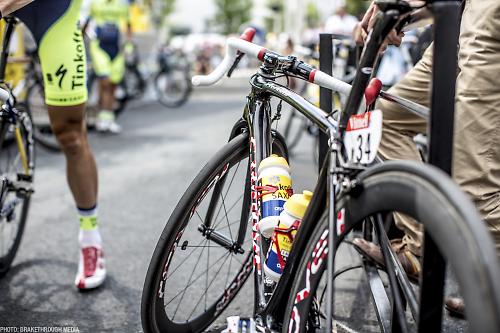 Peter Sagan was another rider to receive a specially painted bike to match his green jersey. Cannondale painted up his SuperSix Evo with a glittery green paint job complete with flames and lightning rods.