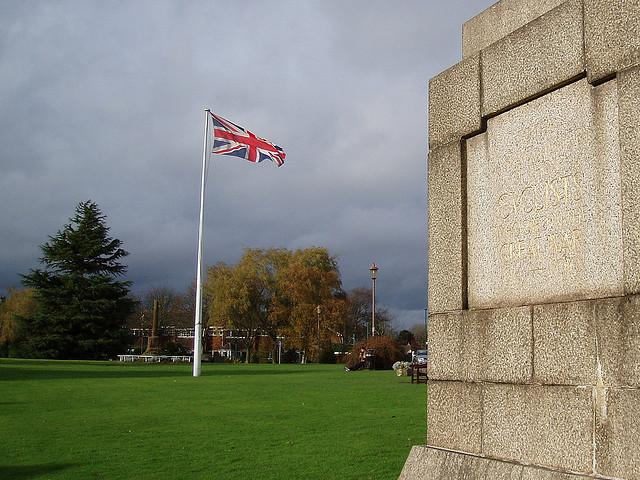 Private John Parr was aged around 15 at time of death; cyclists killed in war to be remembered at Meriden next month
by Simon_MacMichael

A teenage cyclist who was the first British soldier to be killed in World War I may have been the victim of a ‘friendly fire’ incident involving French or Belgian troops, according to military writer. Next month, a special service will be held at the National Cyclists’ Memorial in Meriden to commemorate cyclist who died in that and other conflicts.

Private John Parr died on 21 August 1914 and is buried at St Symphorien Military Cemetery near Mons in Belgium, where his grave faces that of Private George Ellison, the last British soldier killed in the war.

The son of a milkman from Finchley, North London, Private Parr is believed to have been aged around 15 at the time of his death. Said to be 5’ 3” tall and to weigh eight stones, prior to the war he worked as a caddy at a local golf club.

While he is said to have given his age as 17 in order to enlist with the Middlesex Regiment as a reconnaissance cyclist, his gravestone gives his age as 20.

In August, he will be honoured at a special Anglo-German service at the cemetery which will be attended by a senior member of the British royal family.

Although the truth about his death will never be known, the accepted account of Private Parr’s death is that he was taking part in a bicycle patrol with another soldier when they spotted German troops. It is thought that he remained behind to cover his comrade.

The other soldier, Lance Corporal Beart, would recall almost seven decades later that he had caught a “glimpse of Uhlans” – German cavalrymen – and that he never saw Private Parr again, reports The Sunday Times [£].

But military author John Cooksey, whose book The Retreat From Mons 1914: North is published by Pen and Sword Books next month, insists that there were no German soldiers within 10, perhaps 15 miles of that location on the evening in question.

He told the newspaper: “There was no German soldier around to shoot at him. John Parr must have died either of friendly fire… or as the result of an accident.”

He added: “No contact with the British Expeditionary Force near Mons had been reported that day, because there had been nothing to report.

“Every German cavalryman or officer would have been eager to take credit and receive a recommendation from his superiors.”

After their victory at the Battle of Mons on 23 August 2014, German soldiers discovered Private Parr’s body and buried in the cemetery where it lies today, the final resting place of more than 500 soldiers on both sides of the conflict.

Next month, on Sunday 18 May at 11am, a special service will be held at the National Cyclists’ Memorial in Meriden, near Coventry.

An annual service has been held at the site each year since the memorial was unveiled in 1921. This one, from 1950, was filmed by British Pathé.

The service this year will be blessed by the Bishop of Warwick, while a new plaque will be unveiled to commemorate those cyclists who have lost their lives in armed conflict since 1945. It will join another plaque put in place in 1965 to remember the dead of World War II.

All are welcome to the service which, forms part of the CTC Heart of England Meriden Cycling Rally & Centennial Memorial Weekend, comprising four rides.

Those are the Cotswold Challenge 160km Audax, the Warwickshire Wanderer 105k Audax plus two leisure rides and a Fish & Chips supper on Saturday 17 May 2014, including screenings of two cycling-themed films, Alan Bennett’s A Day Out and  CTC Cyclists’ Special.

You can find more information here.