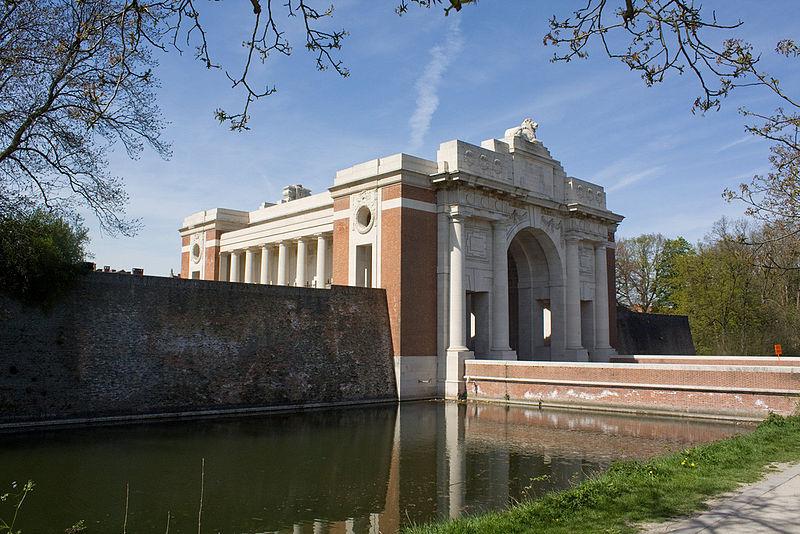 Race started at WWI monument to commemorate centenary of start of conflict; riders had been told to respect surroundings
by Simon_MacMichael

Five junior cyclists taking part in a race in Belgium are to be fined for urinating on the Menin Gate in Ypres, one of  the best-known memorials to British, Irish and Commonwealth casualties of World War One.

They were taking part in the GP André Noyelle yesterday, which preceded the UCI 1.2 Kattekoers race between Ghent and Ypres, reports FlandersNews.be.

Race organiser Bart Vannieuwenhuyze said that those participating in the junior race, allowed to start at the memorial to mark the centenary of the start of the Great War, had been warned beforehand to respect their surroundings.

“We briefed the team leaders clearly that urinating on the Menin Gate would not be tolerated.

"This time we were given special permission to start our race at this symbolic spot as it is 100 years since the beginning of the Great War.

He added: “We can’t let this lie, as we would like to start the race at the Menin Gate again next year.”

Opened in 1927 and owned and maintained by the Commonwealth War Graves Commission, the Menin Gate commemorates 54,896 members of the armed forces for whom no known grave exists.

They were among some 300,000 British, Irish and Commonwealth troops killed in the Ypres Salient during the conflict.