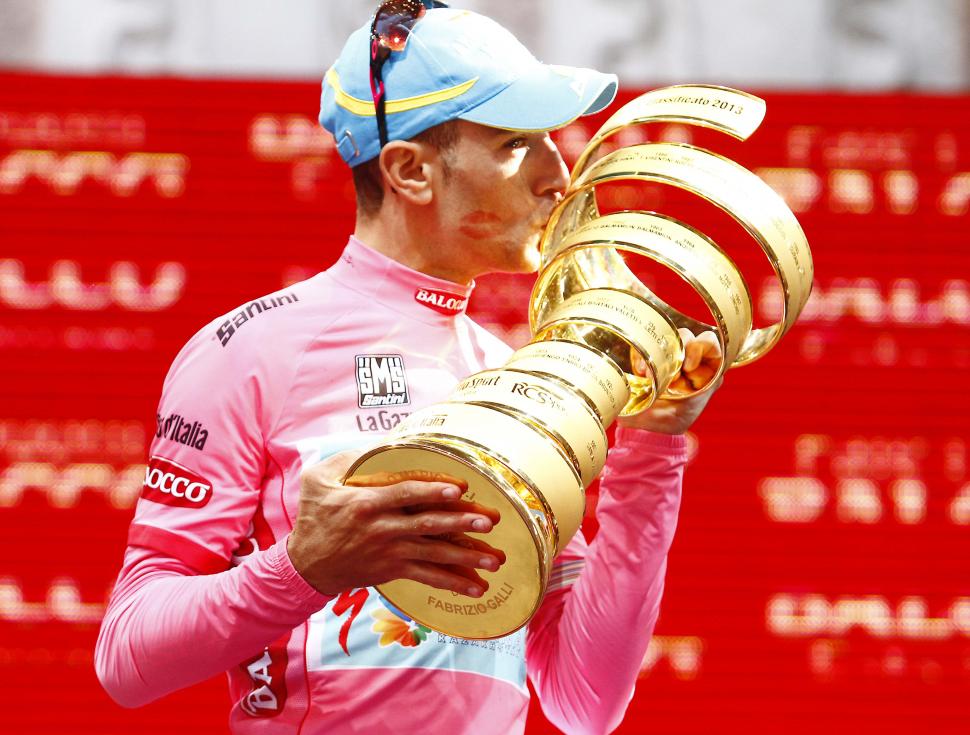 Tourist board says event is a "dream come true" for cycling fans, but adds that event is for everyone...
by Simon_MacMichael

Stephen Roche, the only Irish winner of the Giro d'Italia, has teamed up with the Northern Ireland Tourist Board (NITB) has launched a campaign urging people to 'Be Part of the Start' and give their support when this year's edition of the race starts there in May - with the toruist board saying the event is for everyone, not just cyclists.

The 2014 Giro starts on Friday 9 May with a time trial around Belfast, and the following day a road stage heads from there along the Causeway Coast before looping back to the capital. On Sunday 11 May, the third stage starts in Armagh and sees the peloton cross the border with the Republic of Ireland and head for the finish in Dublin.

Roche, who in 1987 won the Triple Crown of the Tour de France, Giro d'Italia and World Championship, said: “To host an event of this scale is a real coup for Northern Ireland and the Republic.  Northern Ireland is a very beautiful part of the world which will make for a very scenic and of course challenging race which I’m sure that all the cyclists will enjoy.

“This really is a once-in-a-lifetime opportunity for people in Northern Ireland to witness an event like this at such close quarters and with all the festivities being organised to mark the occasion, I would certainly echo the words of the Northern Ireland Tourist Board and urge people to ‘Be Part of the Start’ in May.”

Clare McCoy of the NITB, quoted on the website Sports News Irelannd, said: “Obviously, the fact that Northern Ireland is hosting an event as prestigious as the Giro d’Italia is a dream come true for the legions of cycling fans throughout Northern Ireland and the Republic, but the excitement will not only be for the cycling community.

“In addition to the feast of cycling, there will be a fantastic array of family-friendly events and festivals in Belfast and Armagh in the run up to and during Giro with lots of music, food and live entertainment for visitors to look forward to."

She went on: "As Northern Ireland embraces the pink of the leader’s jersey, this will be a hugely colourful and not-to-be-missed experience which is why we’ve launched our ‘Be Part of the Start’ campaign to urge everyone in Northern Ireland and the Republic of Ireland to come along and join in the festivities in May.

“We are not only welcoming hundreds of cyclists but also their families and friends, technical teams and sponsors who have come to support them.  They will enjoy our warm hospitality, taste our local produce, see our sights and meet our people creating positive memories they will talk about when they get back to their own countries.”

Ms McCoy outlined that Nortern Ireland's hosting of major events in the past gave an insight into how the public would react to the Giro's visit.

“We know from past experience that the people of Northern Ireland really get behind the big events that come here and when you think that tens of thousands more will be joining them from the Republic of Ireland and other countries, we are on course for one of the most exciting and memorable starts to the race ever staged," she explained.

“When Northern Ireland hosted the Irish Open at Royal Portrush in 2012, we did it in record-breaking fashion as it became the first European Tour event ever to completely sell out.

"I firmly believe that the Grande Partenza will give us another opportunity to demonstrate Northern Ireland’s ability to host massive global events and show just what makes us so special by showcasing our distinctive sense of humour, our unforgettable scenery and unique visitor attractions,” she added.

You can find more information on the 2014 Giro's Big Start in this dedicated section of the Discover Northern Ireland website.

1
Conor McGregor knocked off his bike... and gets a lift home off the driver who hit him
2
167 cyclists – and just four drivers – fined in police crackdown during Tour Down Under
3
Fancy a 3D-printed saddle custom-made for your butt? Plus more tech news from DT Swiss, Giant, 3T, Chris King, Classified, Stages & more
4
Cyclist hit by truck driver has compensation cut after judge says lack of helmet contributed to injuries
5
Councillor calls for anti-bike barriers to prevent “dangerous” cyclists “zooming across” foot tunnel
6
Town council says “restrictive” RideLondon sportive not wanted – because locals “can’t get out of their own road”
7
“Cyclists welcome – just in the right place”: Coastal path upgrades set to be shelved over concerns about environmental impact and “speedy cyclists”
8
Motorist arrested after two cyclists killed in suspected hit-and-run