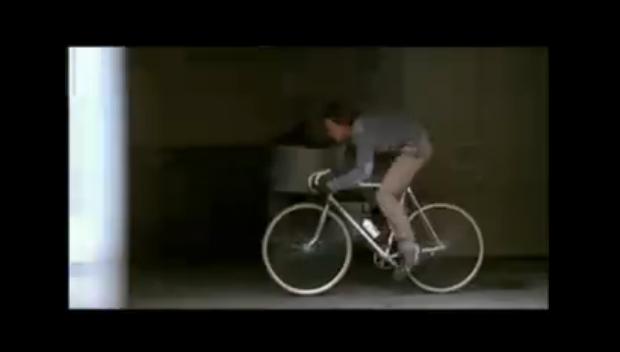 NYC bike couriers to get the Hollywood treatment

23 years after Kevin Bacon's Quicksilver, writer behind Jurassic Park and Spider-Man turns his attention to messenger sub-culture...
by Simon_MacMichael

There’s plenty of YouTube footage of members of New York City’s bicycle courier fraternity dodging death, taxis, buses – and the odd traffic law – as they race across the city. And now, the Big Apple’s bike messenger subculture is getting the Hollywood treatment in a blockbuster directed by a man behind some of the biggest hits in cinematic history.

You may not have heard of David Koepp, but it’s hard to fault his big-budget pedigree. This is the man, after all, who co-wrote the screenplay for Jurrasic Park with Michael Crichton, and he also single-handedly penned the scripts of box-office action hits including Mission: Impossible, Spider-Man and War of the Worlds.

Sony have green-lighted the movie, called Premium Rush, which Koepp will also direct, and the studio is currently going through the casting process for the lead actor.

Details of the plot are scarce, but what we do know is that it centres around a twentysomething bike courier who picks up a package from Columbia University and is then pursued across the New York City by a bent cop intent on getting his hands on the contents. Whatever’s inside, we’re guessing it’s not the latest book by Simon Schama, the British historian who teaches at Columbia.

An article by Buffalo Bill on the messenger website Moving Target first alerted us to the forthcoming film, and he says: "Hopefully some of the New York guys get jobs as technical advisors. Not because I especially care whether the film is accurate in its portrayal of messengers, but because they could use the money!"

While Koepp’s writing credentials are impeccable, his record as a director is a bit patchier. Last year, he got back behind the camera after a four-year break to direct Ghost Town, starring Ricky Gervais. No disrespect to the British comedian, but we’re guessing he isn’t in the running for the lead in Premium Rush.

It’s not the first time that the world of the bike courier has formed the basis of a Hollywod plot, which received a favourable response from audiences. In 1986, Kevin Bacon starred as a stockmarket trader turned bike courier in Quicksilver (enjoy the trailer below), ostensibly set in New York but filmed mainly in San Francisco. That’ll explain the hills, then.