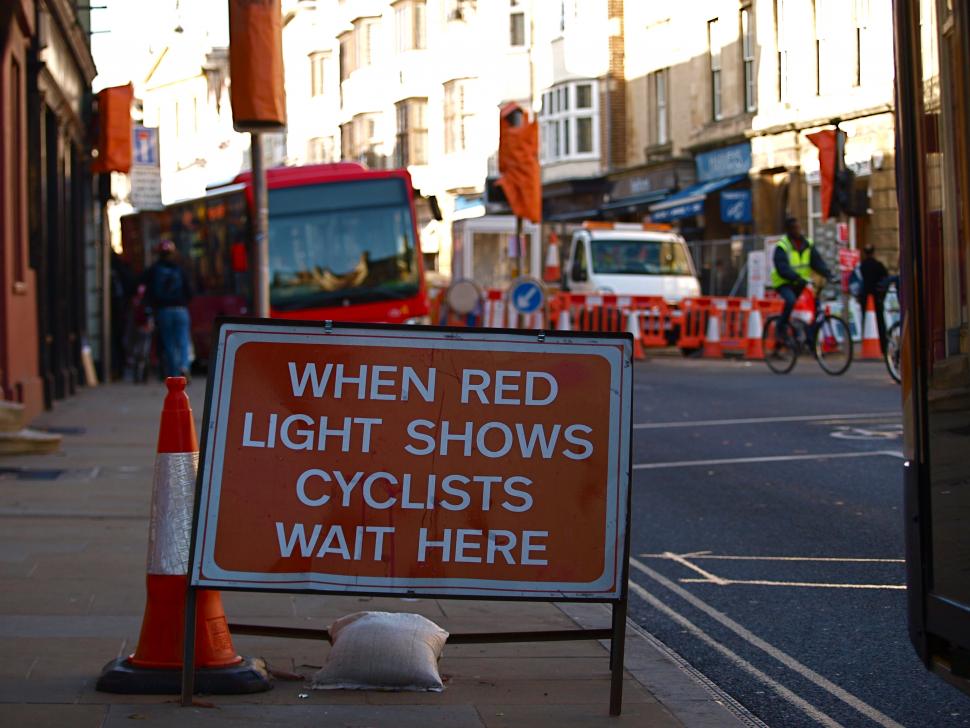 The Department of Justice has revealed that the number of cyclists who have been prosecuted at magistrates’ court for failing to stop at red traffic lights more than halved from 55 in 2006 to 22 in 2007. The figures have been eagerly seized upon by the Daily Mail as fuel for its ongoing campaign against so-called ‘lycra louts.’

The figures were released in a written Parliamentary answer to a question from the Labour peer, Lord Lipsey, who told the newspaper that they proved that cyclists, as a result of not being required to display license plates, were able to “ignore the law with impunity.”

The paper added that its own research has revealed that in 2006, there were 147 prosecutions of cyclists in England and Wales for cycling on the pavement, and contrasts the treatment of cyclists with that of motorists, claiming that more than 2 million of the latter receive speeding tickets each year, with 200,000 of them prosecuted.

There is of course a reason for the emphasis on prosecuting drivers for speeding offences, but it’s not one you’ll find explained anywhere in the Daily Mail article, so we’ve had a trawl through Department for Transport (DfT) data for 2008 to put the issue into perspective. Here’s what we found.

Last year, 14% of all road traffic accidents, and one quarter of road deaths, had exceeding the speed limit or driving too quickly for the conditions as a contributory factor. That suggests to us that taking measures to curb speeding motorists are a sensible deployment of resources.

Looking specifically at single vehicle accidents involving a cyclist hitting a pedestrian – and the DfT data do not distinguish between those involving cycling on the pavement or where, for example a pedestrian has stepped into a rider’s path – in 2008 there were 236 that involved injury to the pedestrian. Of those, 54 were seriously injured and just one was killed.

During the same year, 4,236 pedestrians were seriously injured and 310 killed in single vehicle accidents involving cars – and those statistics exclude accidents involving vehicles such as motorcycles, taxis and minicabs, buses, goods vehicles and other motor vehicles, which together accounted for a further 175 pedestrian deaths, bringing the total to 485.

In light of that figure, it’s a mystery why the Daily Mail should focus its attention on a group of road users responsible for one pedestrian death – or, around 0.2% of the total – especially when 89 cyclists were themselves killed in accidents involving motor vehicles during 2008.

It’s also unclear, given those statistics, why the newspaper, while on the one hand bemoaning the time and expense involved in prosecuting speeding motorists who have, after all, broken the law, and often with fatal consequences, should be pushing for exactly that legal process to be increasingly applied more to cyclists instead of applauding recent initiatives to crack down on anti-social cycling.

As reported here on road.cc in recent weeks, a number of police forces across the country have launched campaigns targeting cyclists who are jumping red lights, riding without lights or cycling on the pavement, often issuing transgressors with fixed penalty notices or providing training to help them become more responsible road users.

That’s something you’d hope the Daily Mail would welcome, given the prominence it has given in its pages to such issues together with its call for action to be taken, but it seems that those initiatives are not enough to satisfy it.

It was left to the DfT itself to put the newspaper’s ‘story’ into context, with a spokesperson quoted as saying: “The vast majority of cyclists ride safely and responsibly but we are fully aware that a small minority put themselves and others at risk.”