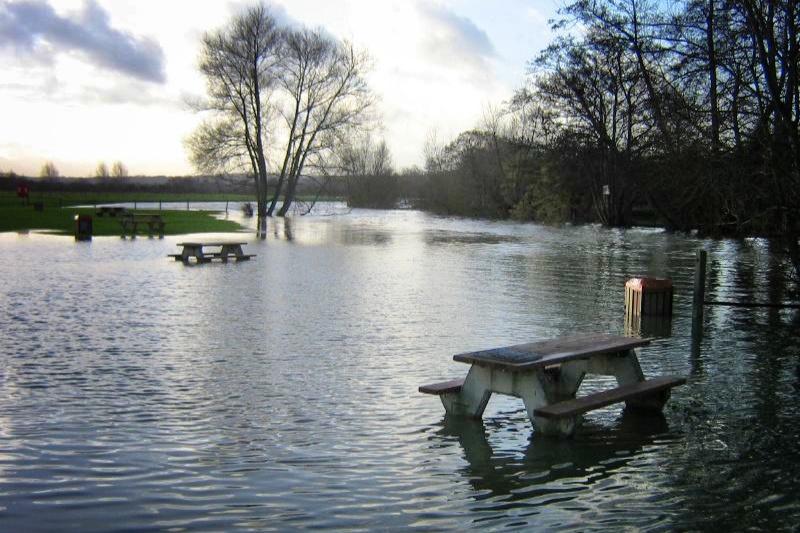 Cyclist dies after trying to ride along flooded Oxford road

A cyclist has died after he reportedly attempted to ride through floodwater on the outskirts of Oxford - near the same stretch of the River Thames where a teenager drowned in 2007 when he fell into the river as he rode along a flooded towpath.

BBC News Oxford reports that the man, aged in his 70s, died at the city’s John Radcliffe Hospital today after having earlier run into difficulties.

It adds that Thomas Valley Police have confirmed that his next-of-kin have been informed, although he has not yet been formally identified.

The exact cause of death - whether by drowning, an injury after a fall, or something else - has not yet been disclosed.

The cyclist had been riding along Godstow Road, which runs from Wolvercote in north east Oxford to the rural village of Wytham on the other side of the A34 Western Bypass.

The road crosses the River Thames and several streams on its way, and in recent days has been partly closed as a result of flooding where it crosses beneath the bypass.

It is the second fatality in the Oxford area as a result of the current flooding, with high water levels on the Thames and its tributaries in the area.

Earlier this week, a 47-year-old man drowned as he tried to ride his mobility scooter along a flooded pathway at Osney Lock on the River Thames in the west of the city.

Godstow Road runs along the northern edge of Port Meadow, which borders the Thames, and where in 2007 teenager Ben Halsey-Jones drowned after he fell into the river while riding his bike along a flooded towpath.

Flooding can make it impossible for cyclists to see road hazards such as potholes, and official advice from the Environment Agency is to “avoid walking or driving through flood water.”

While that doesn't specifically mention cycling, the implied message to bike riders is the same.

The agency adds: “Be aware that flooding can cause manhole covers to come off,” which would present a particular danger to cyclists.