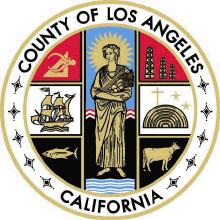 A former accident & emergency doctor in California has been found guilty of assaulting cyclists by overtaking them and then slamming on his brakes and he now faces up to five years in jail. In one incident he left a cyclist requiring 90 stitches and reconstructive surgery to his nose and several broken teeth.

In the more serious incident, which took place on the Fourth of July Independence Day Holiday on Mandeville Canyon Road, where Dr Thompson lives, one cyclist went through his rear windscreen while the other flew over the car and landed on the road.

The cyclists in the earlier incident were uninjured, but their GPS data, which was used in evidence from an expert witness, showed that they were travelling at the 30mph speed limit before the 60-year-old doctor passed them, then braked suddenly, forcing them to take evasive action to avoid a collision. In court, he claimed that he stopped because he wanted to take a picture, an excuse that didn’t wash with the jury.

In the July 4 incident, the prosecution produced as a witness the first police officer to arrive at the scene, who testified that the driver had told him, “I wanted to teach [the cyclists] a lesson,” adding “I’m tired of them.”

During the two-week trial, in which another cyclist testified that he had also been involved in a similar incident with what he believed to be the same vehicle, the court heard a tape of Dr Thompson’s phone call to a 911 operator in which he said, “they’ll tell you they are seriously injured, but they’re not.”

In fact, one of the victims, Ron Peterson, the cyclist who went through the windscreen, needed more than 90 stitches to reattach his nose and broke a number of teeth in the crash; the other, Christian Stoehr, came away with road rash and a grade 3 shoulder separation.

Doctor Thompson was led from the court in handcuffs and is now being held without bail pending sentencing.