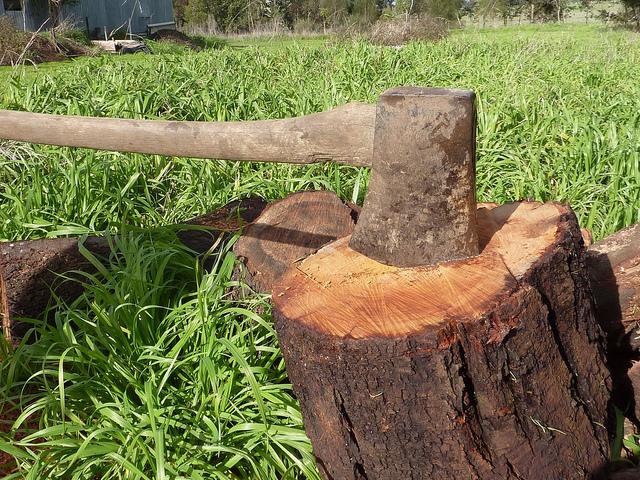 A cyclist who was pushed off his bike by a neighbour as he was cycling home took revenge by attacking the man’s car with an axe.

John Bromley Williams, 51, was riding home on the Isle of Capri in Australia’s Gold Coast, when he suffered cuts and grazes after being pushed off his bike by his neighbour.

He fetched an axe from home and smashed the windscreens of two cars outside the neighbour’s house, also denting the bodywork.

A motorist dialled the emegency services who found Williams with the axe and bloodstained gloves.

The Southport Magistrates Court heard that both men had been drinking, and Williams pleaded guilty to wilful damage and arming himself so as to cause fear, according to The Australian.

He has since stopped drinking and moved house to avoid any further confrontation, the court was told.

He was made to pay AU$4546 to Suncorp Insurance and sentenced to 150 hours of community service.

In a similar incident in the UK this year, Thames Valley Police arrested a 41-year-old man on suspicion of GBH with intent and criminal damage in connection with a road rage attack in Oxford.

The incident took place on Parks Road after a motorist exiting the University of Oxford’s site there was involved in a near miss with a cyclist.

Police say that the latter then assaulted the driver with his bike lock and also damaged the vehicle.

The 32 year old victim of the alleged assault had to be treated at the city’s John Radcliffe Hospital for facial injuries.