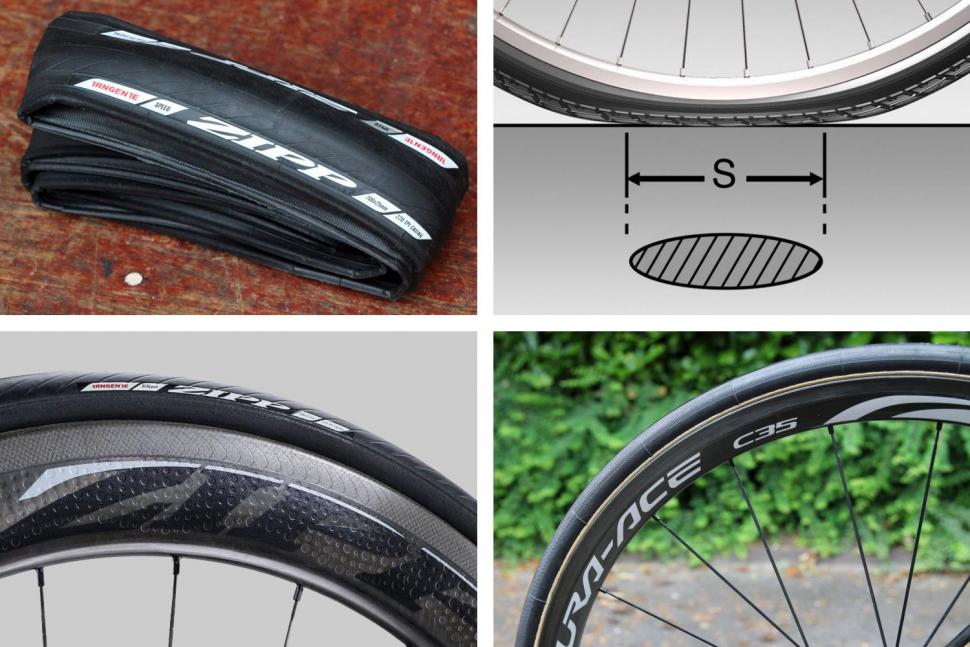 If you’re still running 23mm tyres on your road bike, it could be time you made the jump to 25s, 28s or even wider
by Mat Brett

For many years 23mm wide tyres were the default choice for road bikes. Many racers used 21s or even narrower. In the last few years 25mm tyres have become the most popular option for both professional and amateur riders, and some riders have gone wider still. If you’ve not yet made the switch, it’s about time you did. Here’s why.

Wide tyres can provide more comfort than narrow tyres, all other things being equal.

With a larger chamber of air between you and the road, a wider tyre allows you to drop the pressure without running the risk of a pinch flat (where the inner tube gets punctured as a result of being sandwiched between the wheel rim and the ground). The lower pressure increases the amount of cushioning you get from the road, improving your comfort.

Why is comfort important? Well, we all want to feel comfortable when we’re riding because life’s just better that way, but there’s also a performance aspect to feeling good on the bike. You can get more from your body when you’re comfortable than you can when you’re feeling battered and bruised. “Smoother is faster”, as Specialized is fond of saying. 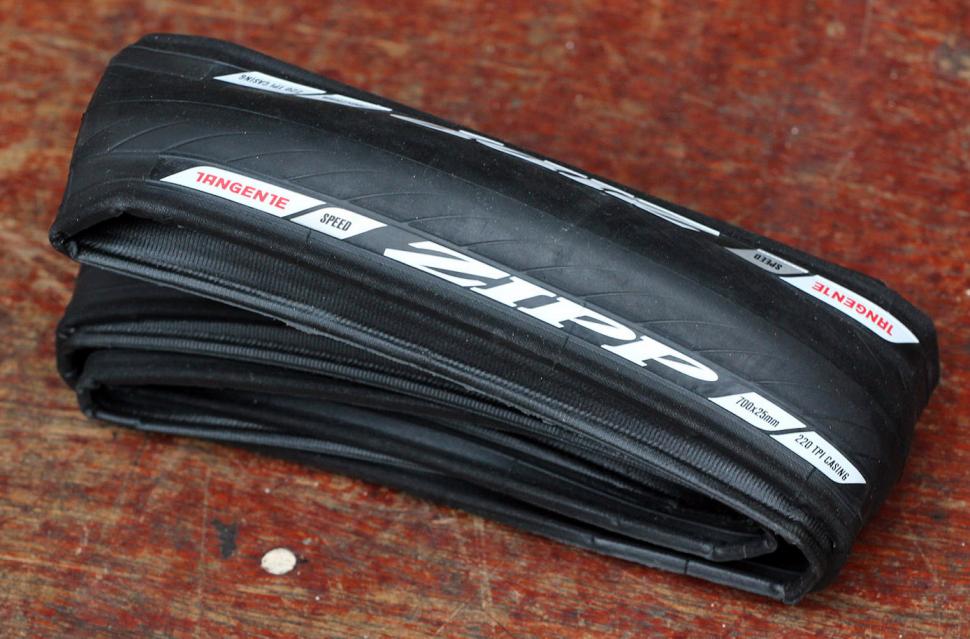 We check out the bikes at a lot of top-level races and we reckon that about 75% of riders in last year’s Tour de France had switched to 25mm tyres, maybe even more. That’s for standard road stages, not going over the cobbles when riders go even wider.

Surely, though, the flip side is that wider tyres are slower? Well, no. It’s not as simple as that.

You’d like your tyres to roll as easily as possible but a certain amount of energy is lost through rolling resistance, which is the energy is takes to flex the tyre body where it touches the ground. Lots of factors determine rolling resistance, such as tyre width, profile, air pressure, material quality, and the thickness of the tyre casing and tread. 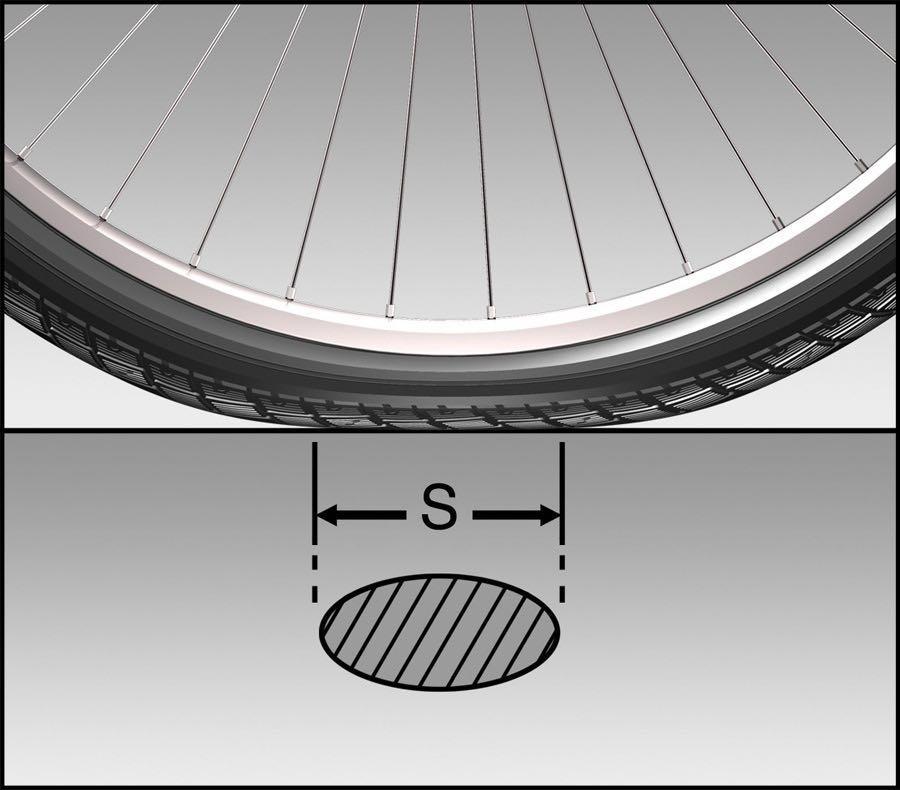 “The flattened area can be considered as a counterweight to tyre rotation. Because of the longer flattened area of the narrow tyre, the wheel loses more of its roundness and produces more deformation during rotation. However, in the wide tyre, the radial length of the flattened area is shorter, making the tyre rounder and so it rolls better and therefore quicker.” 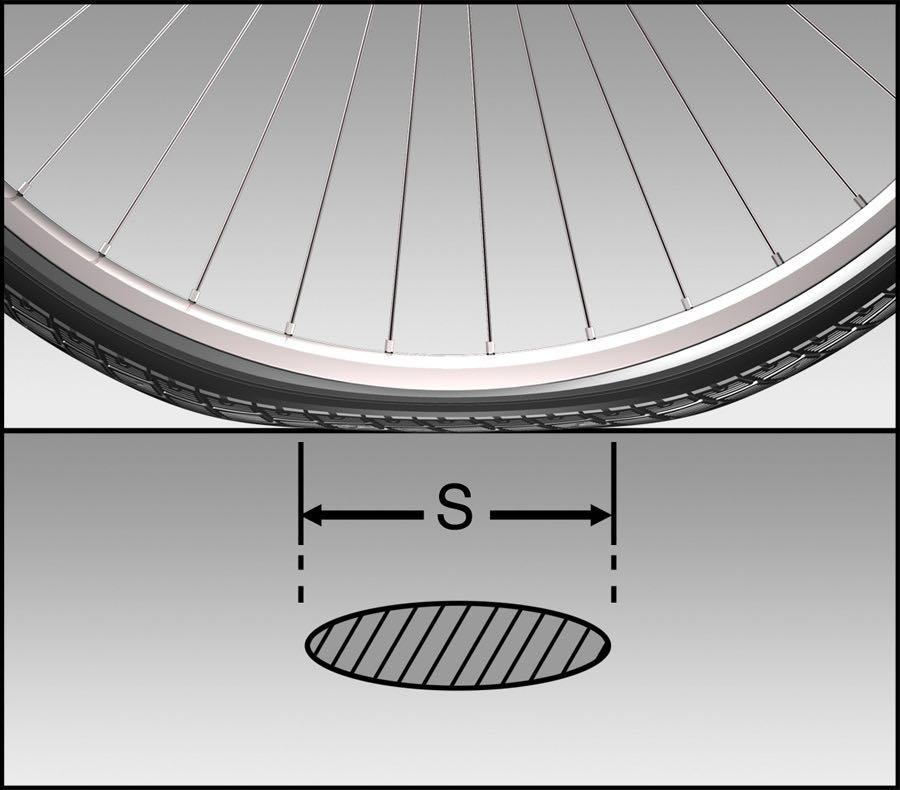 As Dave Taylor says, that’s when the wide tyre and the narrow tyre are pumped up to the same pressure. In truth, though, you’re likely to run a lower pressure in a wider tyre, increasing the size of the contact area. That will increase the rolling resistance above the level it would otherwise be, but according to figures from another tyre brand, Continental, a 20mm tyre with 160psi, a 23mm tyre at 123psi, a 25mm tyre at 94psi and a 28mm tyre at 80psi all have the same rolling resistance.

“In practice, the energy saving is even greater than in theory as the elasticity of the tyres absorbs road shocks, which would otherwise be transferred to the rider and so saves energy,” says Dave Taylor.

As usual, it gets more complicated when it comes to aerodynamics. It’s obviously true that a narrow tyre has a smaller frontal area than a wide tyre, but it’s useful to think of the tyre and rim together rather than just the tyre in isolation.

Wheel rims have generally started to get wider over recent years, partly because of the trend towards wider tyres. Zipp’s 58mm-deep 404 Firecrest carbon tubular, for example, has a maximum width of 27.5mm.

“Our wider rims allow the use of wider tyres,” says Zipp. “Tyre choice depends on what factor you want to prioritise: aerodynamics, CRR (coefficient of rolling resistance), grip, comfort, traction....

“You can still use narrow tyres on Zipp rims if your primary objective is aerodynamics, but if you want the ride qualities that a wider tyre provides, the Zipp Firecrest and Firestrike rims do an exceptional job of supporting those tyres in their intended design profile.” 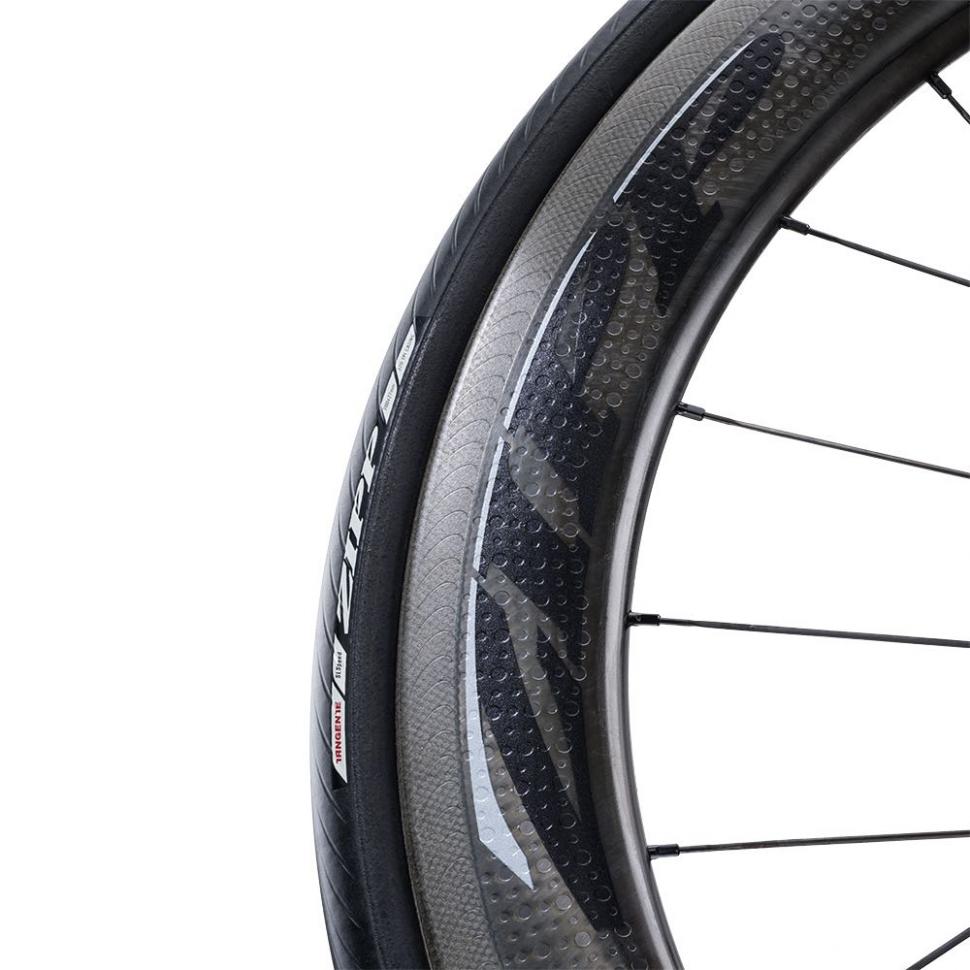 Reynolds, Bontrager, Shimano and countless other brands have moved towards wider rims too. The Reynolds 46 Aero, for instance, is 46mm deep and 26.2mm wide.

“The current trend toward creating wheels with wider rims stems from the trend toward increasing the diameter of tyres, particularly in competitive road racing,” says Paul Lew, Reynolds’ Director of Technology and Innovation. “Wider rims offer better mechanical support to large-diameter tyres and are needed to help separated airflow reattach to the rims.” 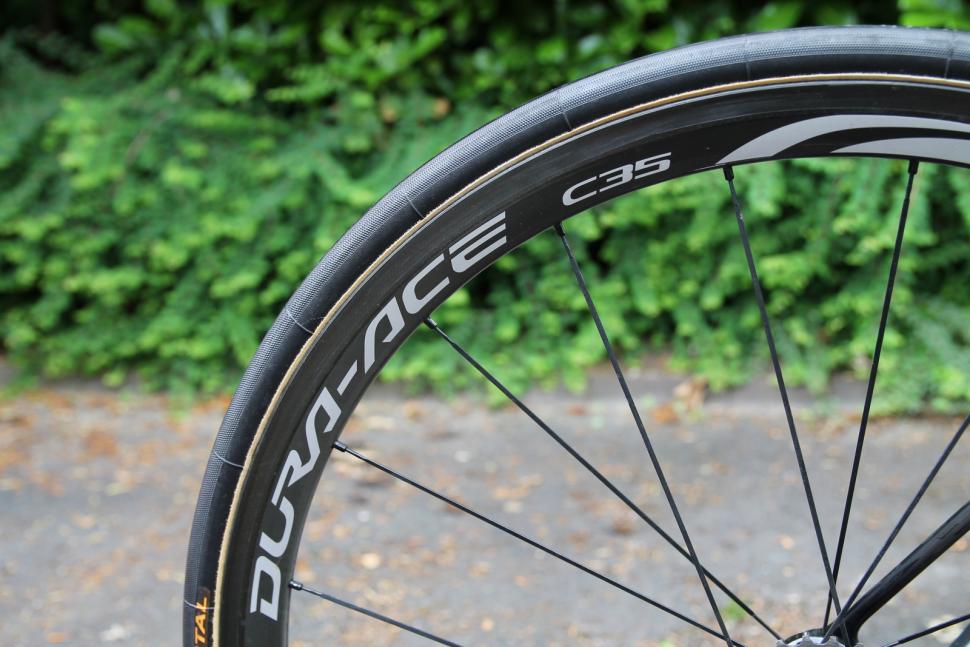 Run a 25mm tyre on many narrow rims and you get an ice cream effect: a big, bulging scoop of tyre sitting on top of a skinny cone of a rim. The mismatch between one element and the other doesn’t result in a high level of aerodynamic efficiency. However, wider rims have been designed specifically for use with wider tyres, the rims and tyres work together aerodynamically. Airflow that is separated by a wide tyre is able to reattach better to a wider rim than to a narrow rim, reducing drag.

Even if fitting a wide tyre on a narrow rim doesn't improve the aerodynamics, you might consider it a swap worth making for other reasons, such as extra comfort.

Why not go super-wide?

Well, for a start they won't fit in most road bikes; a few still struggle with 25mm tyres. Second,  a super-wide tyre wouldn’t work aerodynamically with existing wheel rims. And third, wider tyres would add to a wheel’s rotational weight and dull the acceleration.

For all these reasons, it seems that 25mm tyres have become the new 23. Or have they? Specialized has tacked on an extra millimetre and is making its super-quick Turbo S-Works and Turbo Cotton tyres in a 26mm width, and rolling resistance tests conducted on behalf of Velonews magazine found them to be the fastest-rolling tyres tested.

The 28mm versions of the best-rolling tyres will be faster still, and over the next few years they'll fit more and more new bikes as manufacturers expand their ranges of bikes with disc brakes.

Riders whose bikes will take them report that the 28mm versions of the fastest tyres really are another step up in comfort. For many of us they might yet turn out to be the best option.

Read more: Your guide to road cycling tyres + 13 of the best options