Why Silca is at the cutting edge of cycle tech

We speak to Josh Poertner, owner of legendary brand Silca, about how the company is leading the way on some mind-blowing technology
by roadcc staff

This article includes paid promotion on behalf of Silca

Silca might have been in the cycling world – courtesy of its legendary pumps – for more than a century, but with new owner Josh Poertner coming up to his first decade in charge, the company’s focus is very much on what’s coming next, rather than what has come before.

road.cc’s Dave Atkinson recently caught up with Josh to talk about some of the incredible innovations that Silca is involved with; but before we look at the breakthrough tech on the horizon, it’s worth understanding the provenance of a company that has always pushed the envelope.

Silca was founded in 1917 just outside of Milan in Italy by Felice Sacchi and, even from its earliest days, started doing things just a little differently. 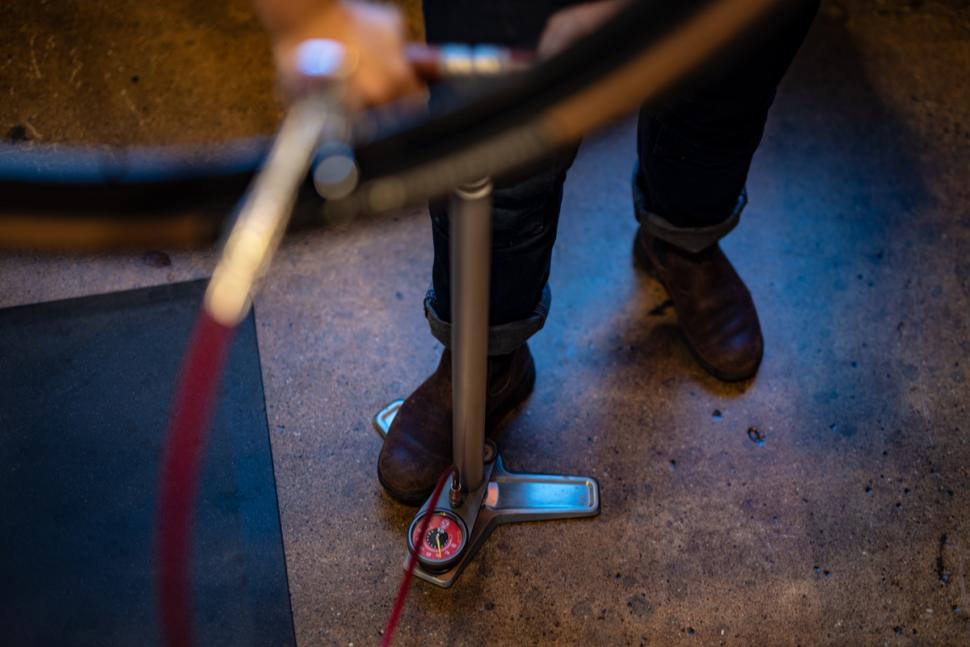 All of this innovation was wrapped in a brand ethos that was dedicated to durable materials and traditional craftsmanship — which is proven by the fact that many ‘vintage’ Silca pumps are still in use today (and Silca continues to sell replacement parts for them!).

In 2013, as the oldest company in the bicycle industry to have been continually owned by the same family, Silca was sold to Josh, previously technical director at Zipp Speed Weaponry and a self-avowed lifelong Silca fan. With Josh’s stewardship, and headquarters and manufacturing moving to Indianapolis, USA, it heralded the rebirth of one of cycling’s great innovators.

So what does that for Silca innovation mean today? It’s fair to say that Josh is constantly looking across sectors for technological advances that might have a cycling application. And with Silca now being based in the heart of the US motorsport – Indianapolis – it is a near neighbour to some of the leading users of caron-fibre and other revolutionary materials. 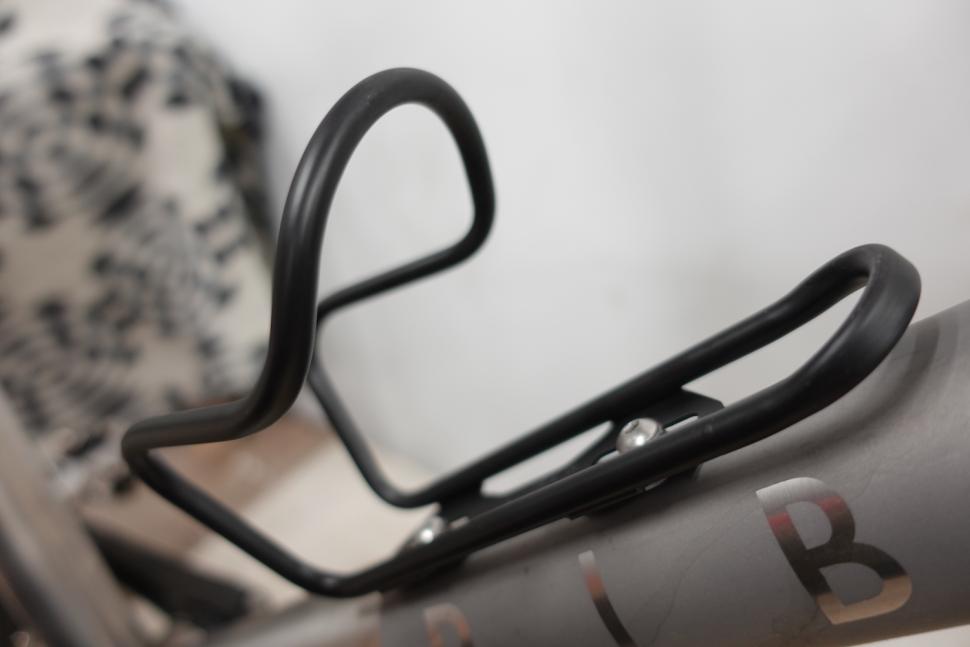 Directly or indirectly, this wide interest in a range of areas has led to some of Silca’s fantastic recent product launches. For example, Silca’s connection with Rolls Royce and its laser welding system for titanium jet engine parts directly influenced Silca’s titanium bottle cages. Or there’s Silca’s incredible Nastro bar tape, which incorporates similar cushioning technology as used in Nike trainers, with a durable layer similar to that used by Oakley for its nosepieces. Josh has also had contact with the team from the Universities of Manchester and Cambridge who discovered graphene, and Silca is in the process of bringing a couple of graphene-based products to market soon.

“I always try to have my ear to the ground on materials – I think the future is really going to be driven by materials,” Josh tells Dave.

“I think the most exciting thing currently happening is thermo-plastic resins for carbon-fibre. There is a company already using thermo-plastics to make rims and we should start to see some small-scale bike production quite soon. Silca is working with Purdue University in Indiana to make some amazing automotive parts using thermo-plastics.

“Current thermo-set resin used in carbon completely prevents that material from being recycled. But the future with thermo-plastic means you could potentially melt it, keep the fibre lengths long, and remould it into something else. We’re just now starting to see that happen, although it is in its infancy.”

But perhaps the most exciting area for Silca – and the area where Josh believes manufacturing in all sectors will face a complete sea change – is 3D printing. 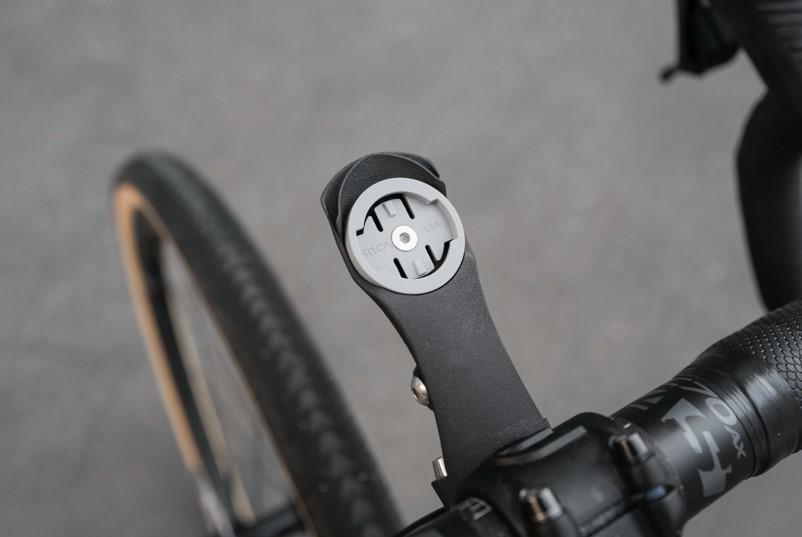 “Is 3D printing coming? I’ve bet my company on it. Without a doubt, 3D printing is the future of how everything will be made. True custom-3D printed saddles are on the immediate horizon and even 3D-printed frames will come one day – people will get measured for their bike and then they’ll have their frame 3D printed for them,” Josh says.

“It’s environmentally friendly compared to subtractive manufacturing. If I buy a kilogram of titanium powder, I can make about 960 to 980g of parts with that powder. If I buy a kilogram of titanium bar stock, I’m probably going to machine that into something that weighs 100g and end up with 900g of chips that will have to be washed and rinsed and transported and melted in order to be recycled.

“And on top of that, it can be done so quickly. For the Alex Dowsett hour record bike, we had a phone call that said we need to cut the rear end off of a TT bike and bond in a 3D printed rear end, and we need it done in three weeks.

From the first phone call to the first prototype was two days, then we lightweighted the prototype, ran some analysis on it, did some actual physical testing on it, changed the design, and started to print the next morning. 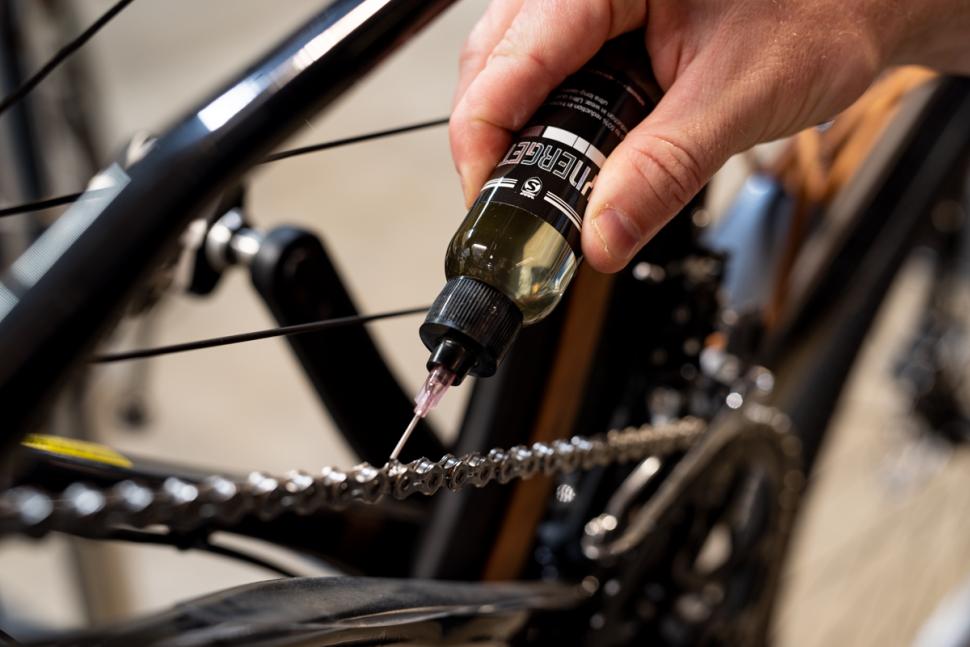 We printed it for 14 hours, then drove it to Rolls Royce to heat treat it, did a little bit of finishing, then had it shipped. You can’t even think about doing that quickly with any other technology.”

To hear about more about the restrictions on 3D printing, laser focal lengths, gangs of lasers and other techie goodness – as well as Josh’s thoughts on tubes or tubeless tyres, tyre pressures and hot waxing chains – just watch the video.