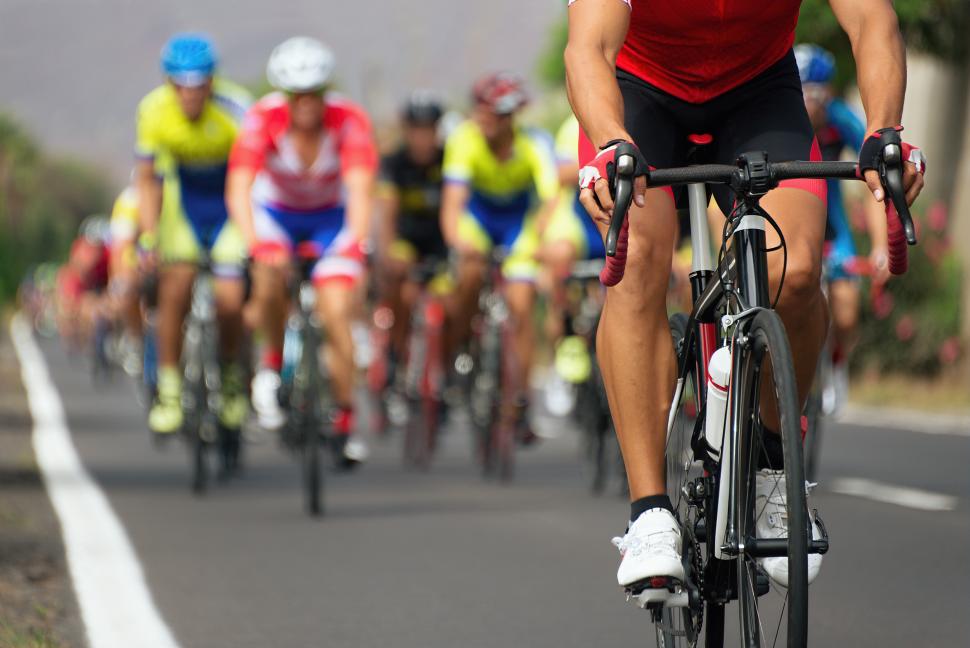 Health Q&A: Varicose veins – why cyclists get them, and what you should do about them

Professor Mark Whiteley is one of the world’s leading experts in varicose veins. In this exclusive interview with road.cc’s Matt Lamy, he explains why cyclists seem to suffer more than most with the condition and what we should look for when it comes to treatment.

road.cc: First of all, what are varicose veins and what causes them?

Prof Whiteley: It’s important to understand that there’s a difference between a bulging vein that is normal but becomes apparent simply because you’re fit, and a varicose vein with an underlying cause, which is that the valves aren’t working and the blood is falling back down the leg rather than going back to the heart.

The problem we also have now with modern technology is that we find about 15% of the population have varicose veins that you can see on the surface, but there’s another 15% of the population where you see nothing on the surface at all, but the valves have gone in their veins underneath. These are the people who only realise they have varicose veins when they get swollen ankles, aching legs, skin damage, eczema, brown stains and eventually skin ulcers. In a book I wrote in 2011, I christened this phenomenon, ‘hidden varicose veins’.

How often do you treat cyclists?

I’ve been trying to do research on this for quite some time because we think that cyclists get a slightly different sort of varicose veins than normal people.

What one of my colleagues – Judy Holdstock, who is an expert in vascular technology – and I have noticed is that cyclists seem to have worse veins. We don’t know if that’s because cyclists are just slim and they’re using their legs a lot – so the venous return is high and they’ve got dilated veins because they’ve got a lot of blood flowing through them – or whether they’ve actually got varicose veins themselves. It’s quite a hard thing to tell just visually, because we’re seeing these veins in very fit people with low body fat.

Why do you think this happens?

What we think is happening is that, when cyclists put tremendous pressure across the calf muscles when they push the pedals, it causes huge pressure in the leg, which should push blood back to the heart. But sometimes that pressure – maybe if they’re hunched over and causing a temporary obstruction in the groin – might actually blow the valves out.

We have got some evidence for this. I wrote a study about one lady who came to see me and said she had been cycling up a hill when she felt like an elastic band had hit her leg. She looked down and saw there was a varicose vein. That was the first tangible proof we’d had that there is something behind our theory. 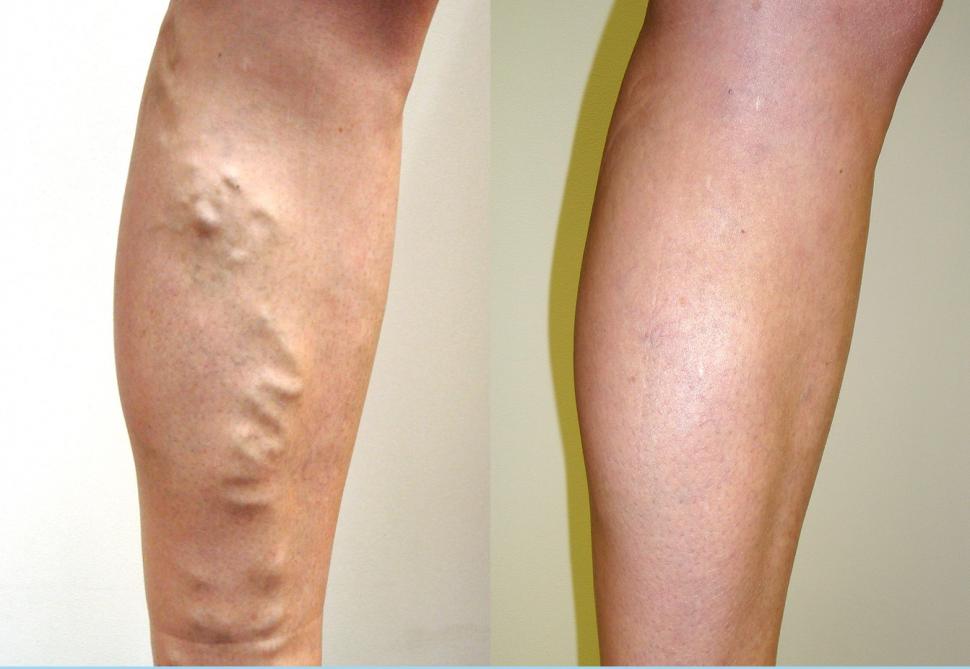 Is there anything that cyclists can do to prevent developing varicose veins?

The most important thing to say is that every single study that has ever been done on vein health and general health and exercise shows that the small problem of getting a varicose vein is completely dwarfed by the massive advantage to your health and your heart and your happiness and everything else by continuing to cycle. So the simple answer is, there’s almost nothing you can do to stop it, and it certainly shouldn’t put you off cycling because cycling is so good for all the other aspects of health.

Is any group of society particularly susceptible?

Yes – people whose mum or dad have varicose veins. Genetics is key.

Not when cycling. The great thing we know about exercise is, because you’re creating such a lot of pressure at the bottom of your leg, all the blood is going back to your heart. So when you’re exercising, you’re actually reducing the risk of any complications.

The trouble is, you’re also dilating the veins so that when you’re off the bike sitting, resting or standing in normal life, that’s when the problems happen and you’ll start to get swelling of the ankle, brown stains, leg ulcers, etc. Being active helps delay the onset of complications – that’s been clearly proven. But the complications will still come if you don’t get your varicose veins fixed. It won’t affect your performance on the bike but it will affect your general health in time.

You mentioned earlier about hidden varicose veins – how would anybody know if they had a problem with those?

The things that will make you think you’ve got venous problems are aching legs, heavy legs, tired legs, cramps. Then, if you get to the next stage you can get swelling of the ankles, red stains or brown stains around the ankles, eczema, leg ulcers, even bleeding that is hard to stop if you prang one of the veins, clots, thrombosis or phlebitis.

So any of those things, from aching legs all the way through to any of those symptoms, any of those should get you to a proper venous surgeon or a phlebologist who will work in a team and get you a duplex scan by a proper vascular technologist. If a doctor tries to scan you themselves, walk out because they are not recognised to do that.

So it’s far more than just a cosmetic problem?

Absolutely, and this is why the NICE guidelines changed in 2013. I had been campaigning since 1999 to say the situation was ridiculous. Before 2013 people used to see varicose veins as just cosmetic whereas leg ulcers were serious. But varicose veins is actually a deteriorating condition: you start with some varicose veins, then more valves go, then you get swollen ankles and brown stains and eventually leg ulcers.

But if you treat varicose veins properly and early enough, you won’t get the problems later on. Unfortunately we seem to live in a society where people think varicose veins are just cosmetic and GPs aren’t educated in the newer vein problems. In the UK we don’t really have vein experts – there’s only about four of us – and most patients go to see a vascular surgeon instead, not realising that they are artery surgeons and none of those surgeons go to the big meetings where all of these new things are discussed.

We have a real problem in the UK where people with vein problems don’t get good care. There are a few opportunistic companies who are set up to treat people really quickly and cheaply, but people are getting terrible results and after a couple of years their veins are back again. 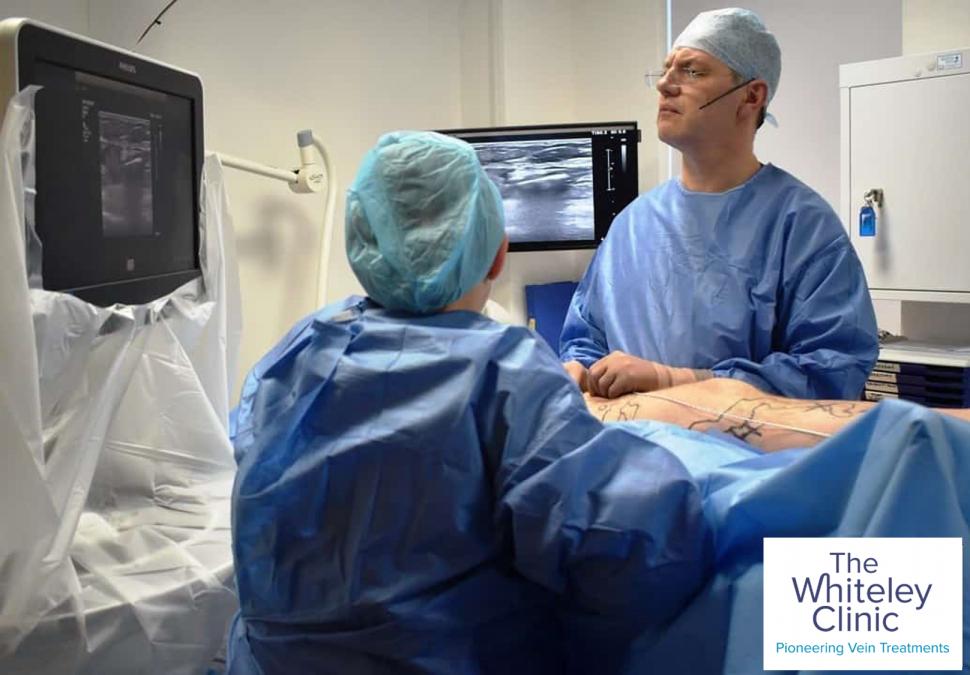 So what treatment options are there?

Treatment has actually changed a lot. Until 1999 everybody used to strip veins out – that was the standard treatment around the world. I was the first person to prove that you shouldn’t strip veins because they only grow back. Before that, no doctors would believe that the veins would grow back – although they would quite happily tell patients who had things like their gall bladders removed that the reason they healed was because the veins grew back! So no one should ever have their veins stripped, that’s the number one thing to understand.

Back in 1999 I introduced a new treatment where we burned veins. We previously used a radio frequency to do this but we discovered that is sub-optimal and have moved on to using lasers inside the veins. That is the industry standard. I’ve now moved on again to using microwave to heat the veins and shrivel them away – that is what I used on Chris Evans when he had his varicose veins done before Christmas. We’re trying to teach more people how to use that, although we are extremely short of vein specialists in the UK.

Is there anything potential patients should watch out for?

Instead, I follow the Whiteley Protocol, which we have developed over 25 years and uses a combination of other techniques such as Sonovein, laser or microwave for the deeper veins. Cyclists also have to make sure they have the perforators treated as well, otherwise there’s no point doing anything. Treatment is then done under local anaesthetic – it’s walk in, walk out, there’s no general anaesthetic or sedation. You go home, then eight weeks later you come back and we do the Foam Sclerotherapy for the smaller veins. That combination of treatments produces really good results with minimal pain and you can go straight back to work and exercise as normal.

And what does the future hold for varicose vein treatment?

The absolute latest technology I’ve mentioned is called Sonovein or High-Intensity Focused Ultrasound. What we do with that is put the ultrasound on the outside of the body and it beams a cone of ultrasound through the skin and burns the vein on the inside, so you don’t even get a cut. I did the first commercial case globally using this technology last year and we’ve now done 50 patients. I’ve also trained three other people to use it, because there are only three other machines in the world at the moment.

It’s early days but the results are looking really good. It’s absolutely space age stuff and what it will eventually lead to in 10 or 15 years when we’ve automated it all, is that you will go into your local chemist, put your leg in a box, pay with your credit card, and your varicose veins will be treated automatically.