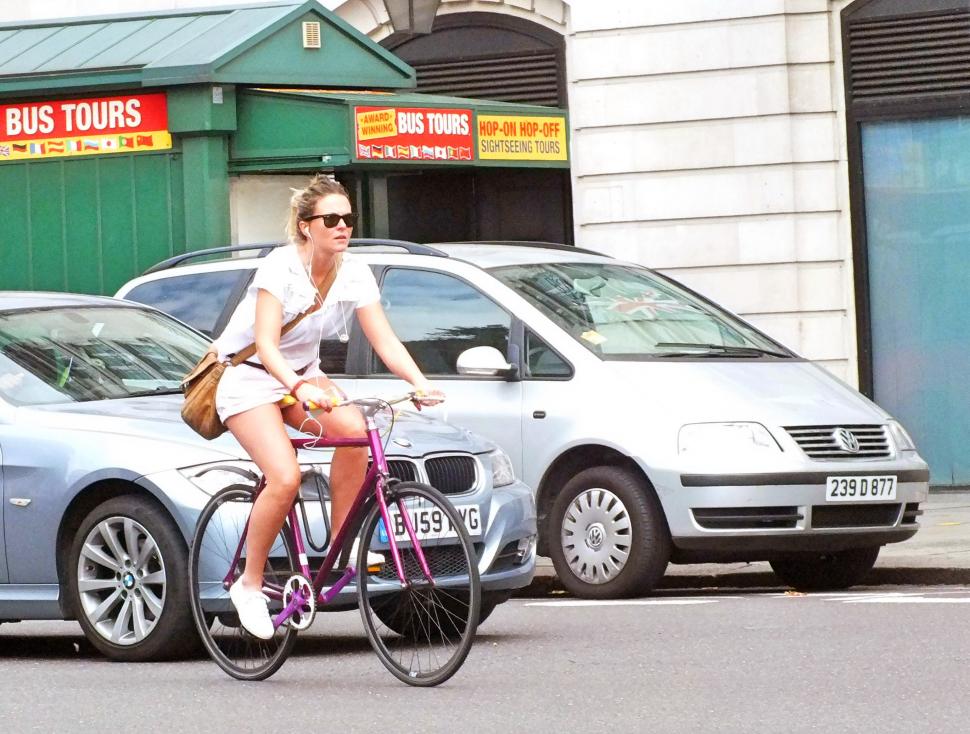 New theories that are changing occupational health and safety might help to improve road safety, too
by Matt Lamy

Road safety can often feel like a case of ‘us’ – cyclists – versus ‘them’ – everybody else. But an innovative new risk-management philosophy says blaming individuals is pointless and it’s the road system that needs to be changed to accommodate people’s errors. road.cc’s Matt Lamy takes a look.

I remember some years ago chatting to a senior policeman about road traffic accidents involving cyclists. “I prefer to call them collisions rather than accidents,” the officer said. The implication was that ‘accidents’ don’t just happen - somebody is always at fault.

That’s a view often shared by cycling campaign groups and, let’s face it, many of us in the saddle. It’s ‘us’ versus ‘them’. And ‘them’ in their vehicles are often the problem, either through laziness, gormlessness or just downright aggression.

But I also remember speaking to an HGV driver – a member of a group of road users that poses the greatest risk to cyclists – who explained what happens when a professional driver, God forbid, fatally injures a cyclist. They and their lorry are taken off the road for months, they are subjected to an onerous investigation, and the emotional effects of the incident mean a significant number never return to driving. For many drivers, accidents are life-changing events, too.

Death on the streets

Both those memories came to mind when recently reading an article on the Safety Differently website that examined the issues surrounding a specific cycling death on the streets of Basel, Switzerland.

On the morning of Wednesday 23rd October 2019, Martin Vosseler – a 71-year-old prize-winning renewable energy expert - was going to work by bike. He was riding along Austrasse, a narrow and busy residential street featuring tram tracks and parked cars when, according to the police statement: “Martin fell off his pushbike while a truck was overtaking. Subsequently, he was rolled over by the rear axle of the truck and died at the scene of the accident.” 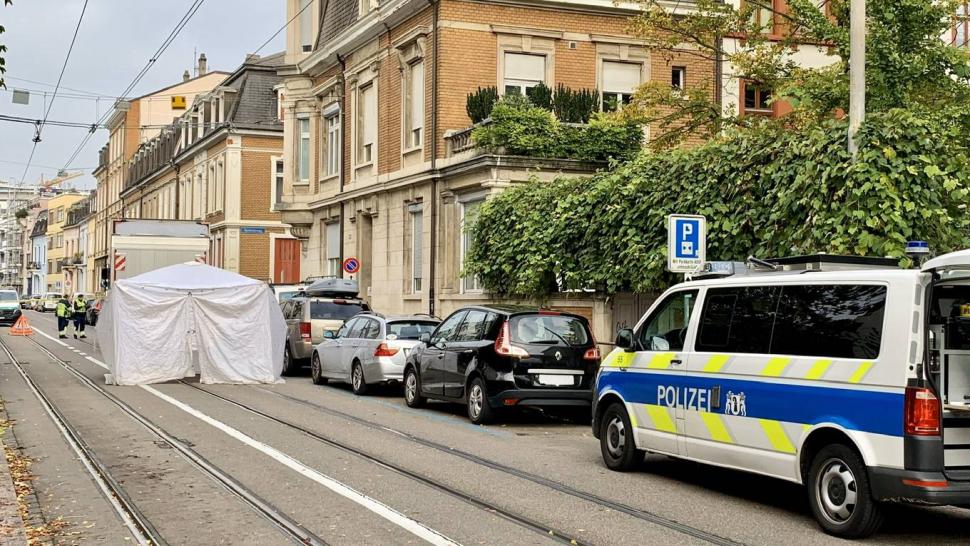 The driver of the truck was breathalysed, as is standard procedure in Switzerland in such circumstances, with the test returning negative. No blame has subsequently been placed on the driver.

Indeed, at Martin’s funeral, Martin’s family and friends released a statement that said: “We have no resentment. Also not against the truck driver or their company. Martin has become a victim - like a series of others - who have become victims because we live the way we live. This is an important message to the truck driver who has been involved [in this accident] without any [negative] intentions.”

Both this personal message and the fact this case appeared on the Safety Differently website are important. Safety Differently is a relatively young safety movement that is gaining traction particularly in occupational health and safety, and which seeks to look at the bigger issues of risk management, not the checklist or tick-box-minutiae culture that is sometimes associated with the subject.

This specific article was written by Dr David Weber, an expert in Human and Organisational Performance (HOP). HOP is a philosophy aligned with Safety Differently that believes human error is normal and accidents are a sign that there is a lack of capacity in a system to deal with eventualities. In the case of Martin Vosseler’s death, the fact that Austrasse was a narrow street with parked cars on the side and tram tracks, to say nothing of the busy moving traffic, meant there was little capacity to deal with cyclists falling without a severe result.

So, to see how this approach might have wider implications for cycling, I gave Dr David Weber a call.

“It’s all very well saying that accidents don’t happen and without people and their errors the systems would be much better and safer, but that’s not reality. Accidents do happen,” David said.

“If we say only collisions happen, we’re putting the entire responsibility and the blame back on the people involved, and we haven’t improved anything because we haven’t increased capacity in the system to avoid accidents. We haven’t removed error traps or helped people avoid making mistakes.

“So what I find appealing and interesting about HOP is that it invites us to look at the systemic influences on how accidents can happen, rather than just saying an individual has lost situational awareness or made the wrong decisions. If we try to understand the context in which these errors or actions of individuals have occurred, we can help achieve the goal of avoiding future similar incidents.”

Although he now works and lives in Brisbane, Australia, David’s particular interest in Martin Vosseler’s death is personal as he grew up in Basel, had met Martin and knows Austrasse well.

“I used to ride along that street often and it’s the sort of place where you would least expect a cyclist death to occur – it’s quite a peaceful residential area in the centre of the city,” David said.

“But it highlighted to me that there are accidents such as this happening all the time, and I really want to keep the discussion alive about how we can improve road safety instead of blaming individuals.” 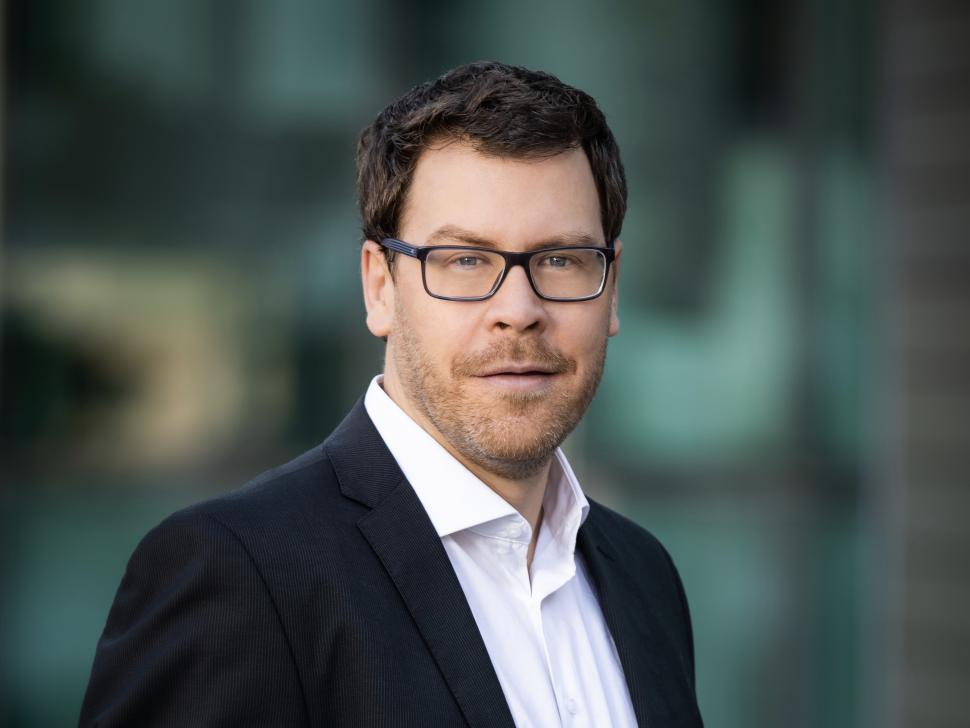 One result relevant to this specific case is that authorities in Basel and elsewhere are trialling new technology to mitigate the dangers posed to cyclists by tram tracks. There is also a wider movement in Switzerland experimenting with systemic improvements, such as allocating certain roads just to cyclists or introducing adjusted speed limits.

“The question is, how do we move forward?” David said. “Do we have to separate some of these road system stakeholders? Should we stop allowing big trucks to pass through narrow streets? Do we have to remove parking spots, or can we implement wider bike lanes? There is a range of different options.”

Although David is hesitant to recommend specific road system alterations, he believes the general direction of road safety development is clear.

“I think we really have to move away from this separation between ‘them’ and ‘us’, and about power and rights on the road. I think it’s far more a case of give and take, a compromise,” David said.

“To improve safety, different road users might have to give up their rights to travel at certain speeds or on certain roads, but they’ll then have priority in other situations. It's about allowing enough capacity in the system to deal with human error. In the accident I looked at in Basel, that capacity was likely reduced by the local circumstances, such as the tram tracks, parked cars, and traffic.” 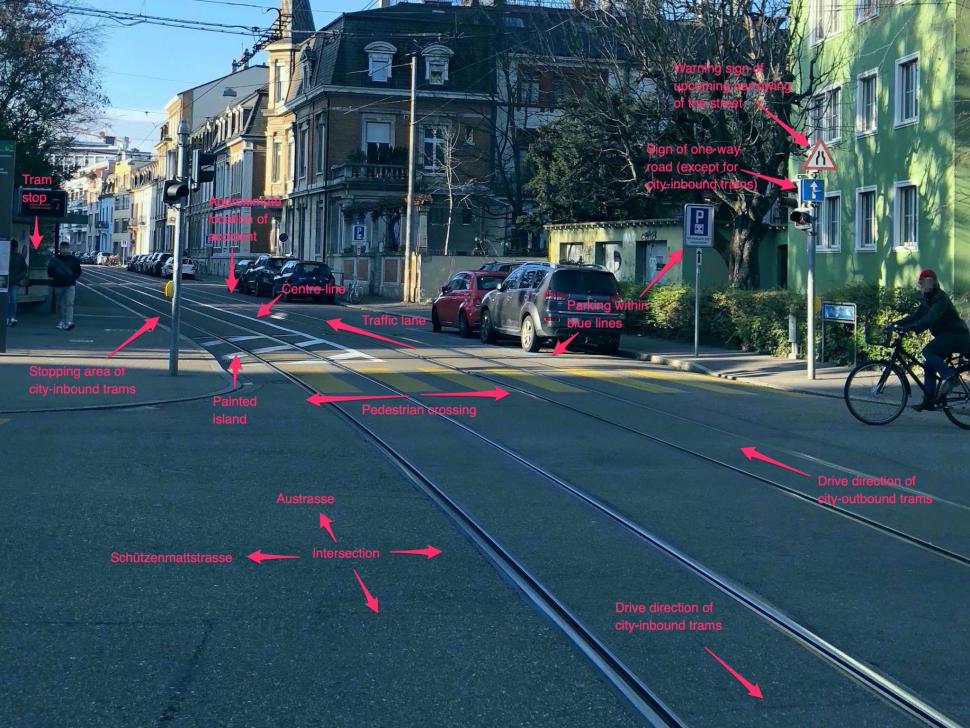 The causes of reduced capacity on Austrasse (credit: David Weber)

There are also specific general considerations that could be made for bike riders.

“For cyclist safety, I think the width of bike lanes play a role and cyclists have to have sufficient space so that, if they fall, they don’t face the risk of being rolled over by other traffic. Separation, diverting certain stakeholders away from each other where we have identified critical hotspots could be important, as could allocating routes to people who all travel at roughly the same speed,” David said.

“Clarity of signage and infrastructure is key, too. For example, yesterday I went for a walk on a new bridge for pedestrians and cyclists. Pedestrians walk on the right in either direction, whereas cyclists ride on the left. But when I got to the end of that bridge, there was the old path without signage, which means that cyclists and pedestrians who travel in the same direction share the left side of the path, and vice versa.

“A lady on a bike came towards me from the old path at reasonably high speed, and it was only relatively late that she realised she suddenly had to change and cycle on the right when entering the new bridge. The rules had suddenly changed. The signs were not clear and the situation presented an error trap to road users,” David said.

“So the more clarity and consistency we can provide and maintain in terms of signage and colours of bike and pedestrian paths, the less people will be confused about how they have to behave.”

Taking theory to the streets

How much effect this philosophy is actually having on road planners and civil engineers is yet to be determined, but its impact is growing. “The HOP philosophy and its principles are inspiring wide attempts to implement this kind of thinking in diverse industries,” David says.

“Governments and organisations are increasingly adopting some of these perspectives and make improvements, but I would say progress is still rather slow and we could do more to collaborate with each other to enhance road safety. For instance, there could be more cooperation between government bodies and cycling interest groups to identify safety hotspots in cities and enhance road design.”

Improvements of roads is one thing, David said, but cyclists have to contribute to road safety too. “For their own safety, cyclists have to be mindful of their vulnerability and avoid taking unnecessary risks. It’s not just about creating a better system, it’s also about taking responsibility and adhering to the system, even if that means accepting limitations, such as sometimes trading in speed and convenience for safety.”

But, he concluded: “When I see cyclists on the road, I can’t help feeling that they need more protection and something has to be done. Car manufacturers know accidents happen and fit their cars with airbags. We can’t do that for cyclists, but we can make improvements to the road system to make sure incidents like the fatality in Basel can be avoided.”