How to get more aero without spending a fortune

Some aerodynamic tweaks to help you reduce drag, without spending much money
by David Arthur @davearthur

Aerodynamics is still the hottest word in road cycling, with deep section wheels, aero frames, and helmets a common presence not only in the professional peloton but also with amateur racers and club riders. 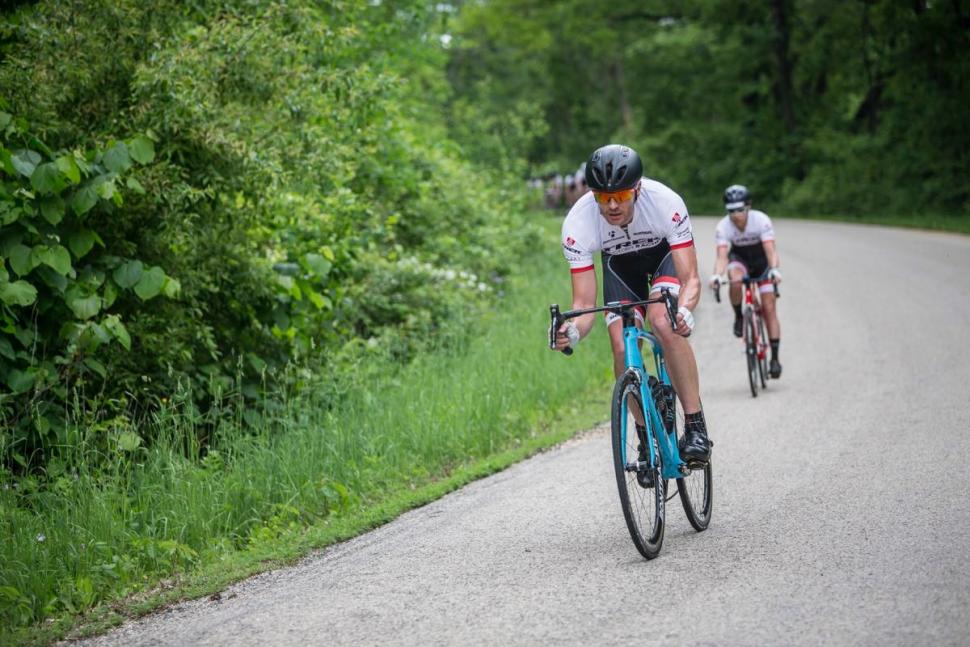 The latest aerodynamic equipment can cost a small fortune, though. It’s even possible to book time in a wind tunnel if you’re feeling particularly flush and want to do a proper job of reducing your drag and have results to validate the improvements.

We’re not all made of money, though, but it’s possible to get more aerodynamic without spending any money.

The cyclist causes about 80% of the air resistance (drag) so there are significant performance gains to be had by taking a closer look at your outfit. Loose and flappy clothing just catches the wind and massively increases your drag. A one-piece skin suit can save you 29 seconds over 40km at 37kph, according to an article by Damon Rinard and John Allen.

So close-fitting clothing is good, then. Choose a jersey and shorts that have a snug fit and in particular fit really well around the torso and shoulders. It’s not just racers that benefit from close-fitting clothing, you’ll benefit during a sportive even at lower speeds because a slower cyclist spends more time on the road so saves more time.

Most of the professional teams now wear clothing that has been developed in the wind-tunnel, with aero suits (skin suits with pockets and long zips) a common sight in the peloton. But you don’t have to drop your month’s salary on the latest aero clothing,  going down a size can be a simple way to achieve this.

Zip up your jersey 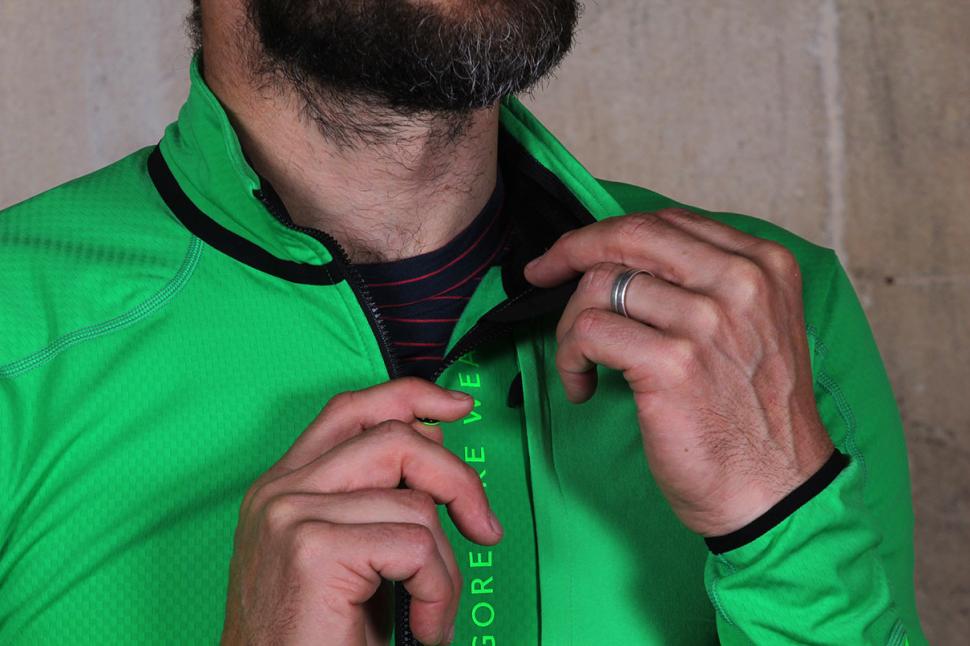 Riding along with your jersey or gilet unzipped and flapping in the wind might keep you cool, but it will generate loads of drag. You might as well wear a parachute. Unless you’re grinding up a steep climb below the speed at which air resistance is a factor, keep the jersey zipped up. You might be hot, but you'll be fast.

Get your head down

As your body causes most of the drag, getting your head down is a simple way to reduce drag. You’re aiming to reduce your frontal surface area, and keep your position as sleek and low profile as possible. A dropped riding position can reduce your drag by as much as 7.8% according to a study by Engineering Sport. 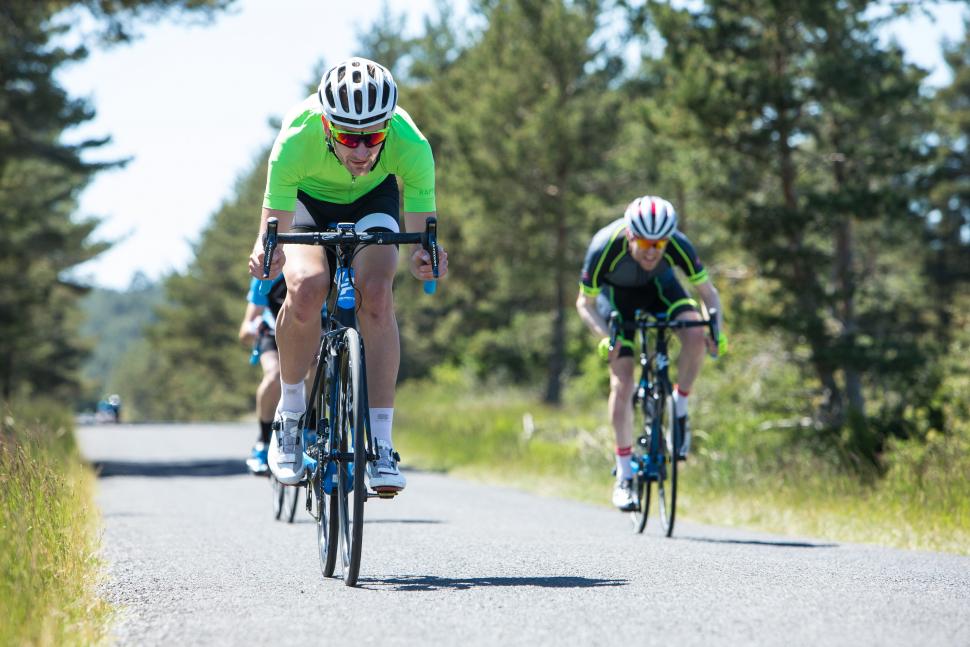 The drops aren’t just for the descents you know. Get your head and back down low by using the drops on the flat roads, you’ll be surprised at the difference. If your drops are hard to reach, consider putting some spacers under the stem to raise them. The more you ride in the drops the more you'll get used to the position as well. Additional core work can also be beneficial.

Alternatively, use the hoods to adopt an aero position by keeping your forearms straight and your elbows tucked in and at a 90-degree angle, this will reduce your frontal surface area. This position isn’t always as comfortable as riding in the drops, but it has the potential to be faster because your arms aren’t straight like they typically are in the drops. 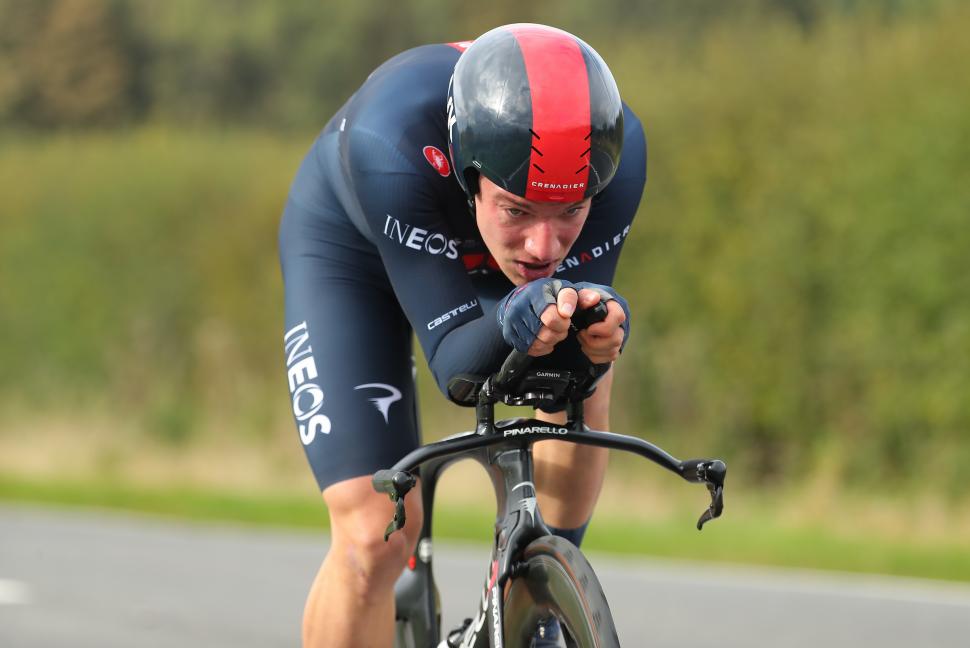 The other way of reducing your frontal area is to have your hands and elbows as close together as possible. Look at any top time trial rider, like Ethan Hayter above, and you can see their elbows are close together, which pulls their shoulders down and together too, further reducing frontal area. It's not comfortable, but it's fast.

How do you know if any changes you make have reduced drag? In an ideal world, you’d be in a wind tunnel to validate the changes, or taking to a velodrome with a power meter. A power meter can be used out on the road, but controlling the variables is tricky. A simple roll down test doesn’t cost anything and can easily be repeated with just simple cycle computer required to track changes. This provides an easy way of trying different positions.

Racing cyclists are famous for their shaved legs, and as much ridicule as removing leg hair can generate, the science says that smooth legs are faster. Specialized aerodynamicists used their wind tunnel to show that shaved legs can save as much as 80 seconds over 40km. So when your other half asks why you’re shaving your legs, just tell them it’ll make you quicker.

Tape up those air vents

All those vents in a cycling helmet are designed to suck in cooling air to prevent overheating on a warm ride, but if you cover them up, you have yourself an aero road helmet without spending any dosh. An aero helmet, with no vents, could save you as much as 40 seconds over a 40km course compared to a regular vented helmet, according to wind tunnel tests by Specialized. 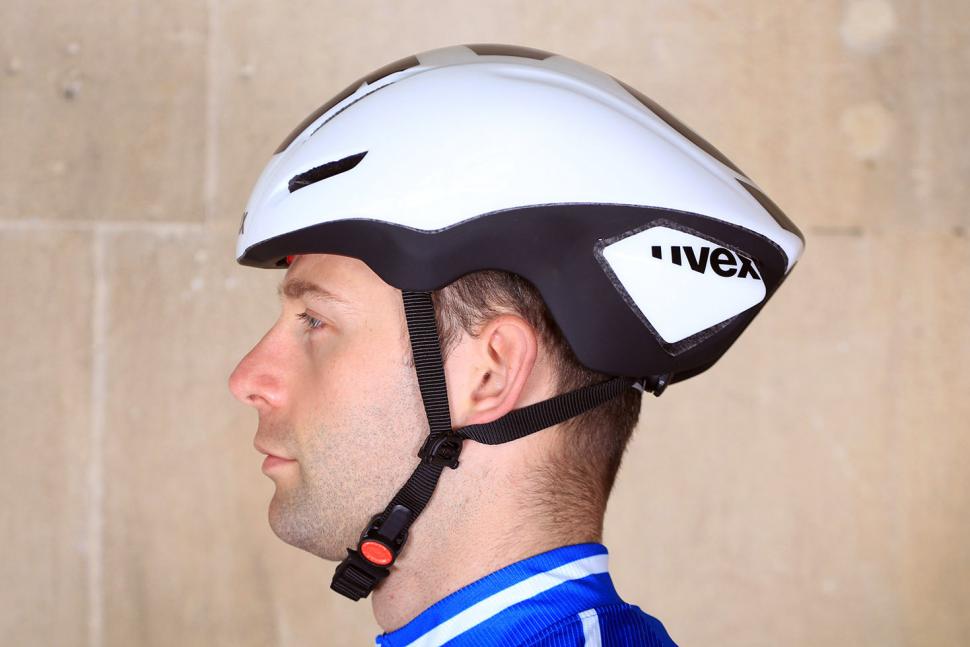 Take a leaf out of the British Cycling book, which in 2011 provided a helmet with a thin plastic covering, to smooth over the vents, for Mark Cavendish to ride, and win, the world championships. You could get a similar result with some cling film. It might lead to overheating in warmer weather, but what price for reduced drag?

Related: Should you buy an aero helmet?

That’s right, get on another cyclist's wheel and hide in their slipstream; it’s an easy way to reduce drag. Make sure to pick a cyclist that’s bigger than you, and you could reduce your drag by as much as 40%. You may be required to do a turn at the front, though. Editor-at-large John Stevenson likes to tell a story of riding the Dallaglio-Flintoff Cycle Slam charity ride led by former England rugby union captain Lawrence Dallaglio and showing Isabella Calthorpe (future wife of Richard Branson's son Sam) how to sit behind the big man so she could more easily keep up. At 6 ft 4 in (1.93 m) and 17 st 9 lb (112 kg) Dallaglio punches a sizable hole in the air. John swears this story is about the effectiveness of slipstreaming and not about him riding with the rich and famous. 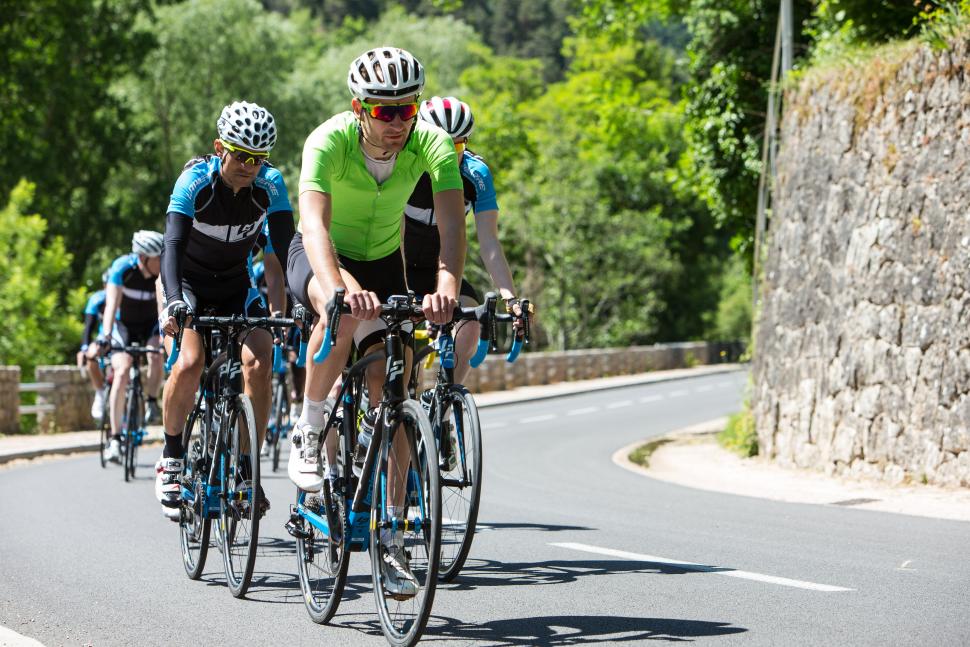 Okay, so we’re not actually advising you do this, but an interesting study showed that a close following motorbike can actually help to improve your drag.