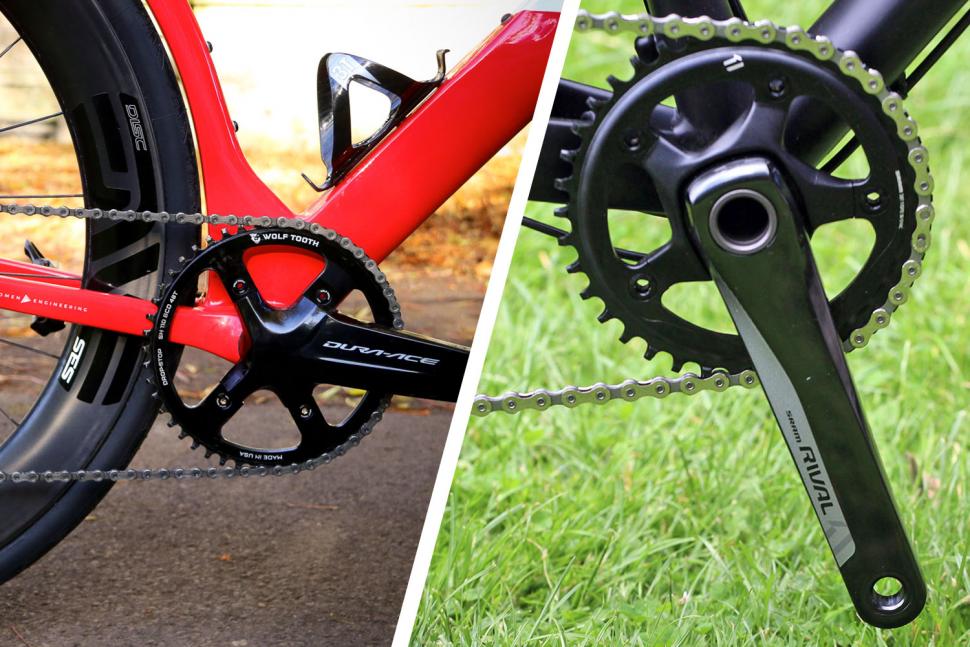 Is the front mech dying? Is there a future for the front derailleur on modern road bikes?

Single ring and wide-range cassette drivetrains are gaining popularity, so is this the end for the front mech?
by David Arthur @davearthur

With more and more sprockets on our wheels, do we still need two chainrings up front? We take a deep dive into the pros and cons of 1X gearing.

The drivetrain on a modern road bike has evolved loads since the early days when you turned a lever to move the chain to a different sprocket. Electronics are now commonplace and cassettes with ever-wider ranges provide enough gears to tackle even the steepest mountain climbs.

Most modern road bikes use two derailleurs to move the chain across the cassette and chainset, and it works well thanks to many years of product development. We probably take them for granted. But there's a move in some parts of the cycling world to simplify the drivetrain and it threatens the future existence of the front derailleur.

The arrival of SRAM’s 1x11 drivetrain a few years ago, a gear system that ditched the front mech and instead combined a single chainring with a wide-range cassette, provided another path. Such drivetrains have become hugely popular on mountain bikes and we've seen cyclocross and gravel bikes also being specced with single chainsets in recent years. Could the same happen to road bikes?

What are the benefits of 1X gearing?

The simplicity is certainly appealing. With just one shifter, changing gear is much more intuitive than having to manage the front and rear derailleurs. For beginners, that's an obvious benefit. There’s one less component to fail as well (though front derailleur failures are rare) and on bikes designed for wider tyres, removing the front derailleur can provide additional clearance around the rear wheel and seat tube area. 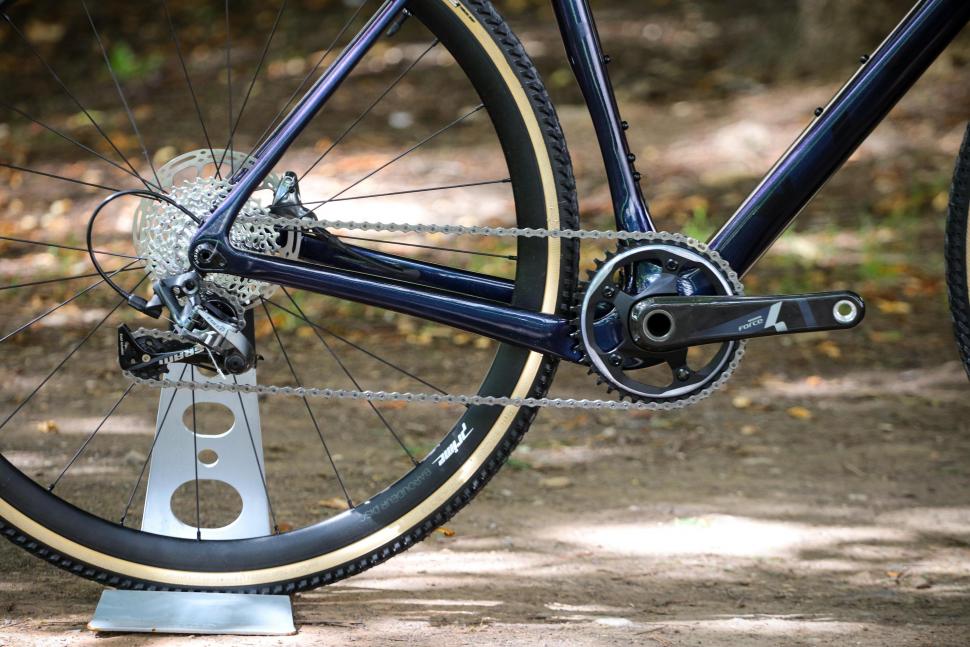 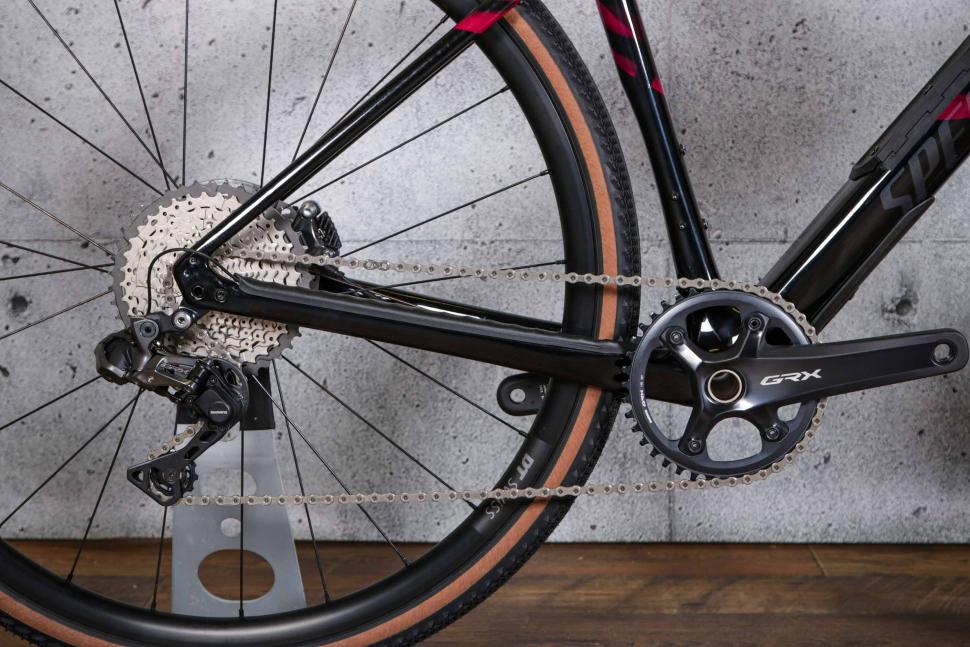 Since we spoke to Ben Hillsdon, Shimano has backtracked a little though, introducing 1X options in the GRX range of gravel bike components. Okay, a gravel bike isn't a road bike, but there's no reason you couldn't use a gravel bike transmission on a road bike as long as you can get a top gear high enough for mountain descents and sprint finishes.

In fact, that's exactly what 3T have done with their Strada road bike, which now comes in a version with Campagnolo's 1X13 Ekar components. Ekar is intended for gravel bikes, but 3T clearly don't believe in discipline boundaries, and who's to say they're wrong? 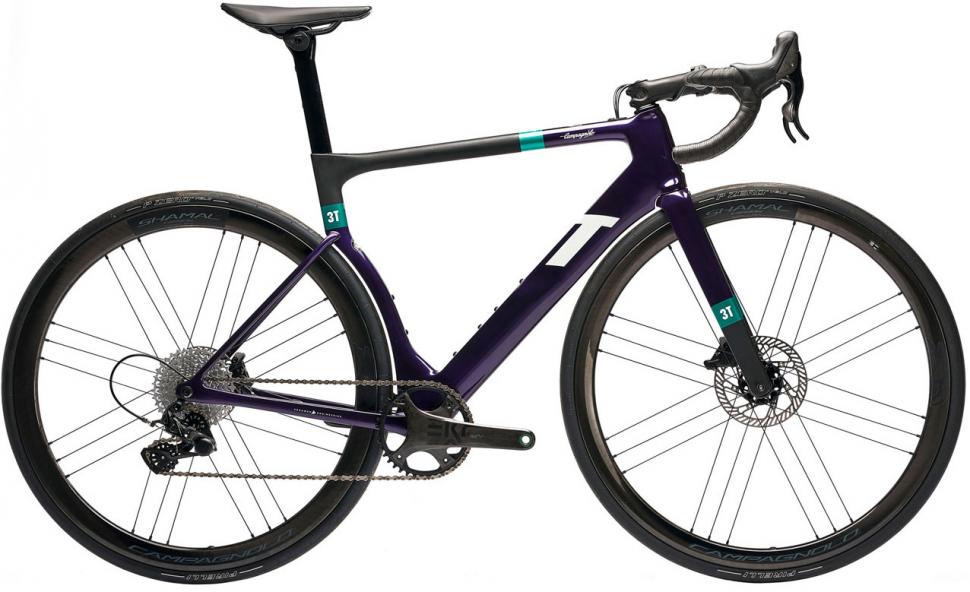 One of the biggest advantages of the front derailleur was a big increase in the range of gears. That was an obvious advantage with a 5-speed cassette many decades ago. Over the years, the number of sprockets on the cassette has increased and is now up to 11, 12 or even 13.

Not only has the sprocket number increased, but the size of the sprockets has gone up: most racers predominantly used 12-23 cassettes a few years ago, but 11-30 is now common in the pro peloton and many sportive bikes now come with 11-34 cassettes.

Of course, removing one of the chainrings reduces your available range so to combat this SRAM introduced a whopping 10-42 cassette. It was instrumental in winning over mountain bikers as it was possible for a single ring drivetrain to offer nearly the same gear range as a conventional compact drivetrain.

How does a single ring drivetrain compare to a conventional drivetrain? Favourably, if you look at the numbers. Combine a 44-tooth single chainring with an 11-36 cassette and you have a gear range from 33 to 108 inches. That’s very nearly the same as the 32.8 to 122.7 range that a 50/34 and 11-28 setup provides, a setup many riders still use, though the latest off-the-peg bikes tend to have an 11-32 or 11-34 cassette. 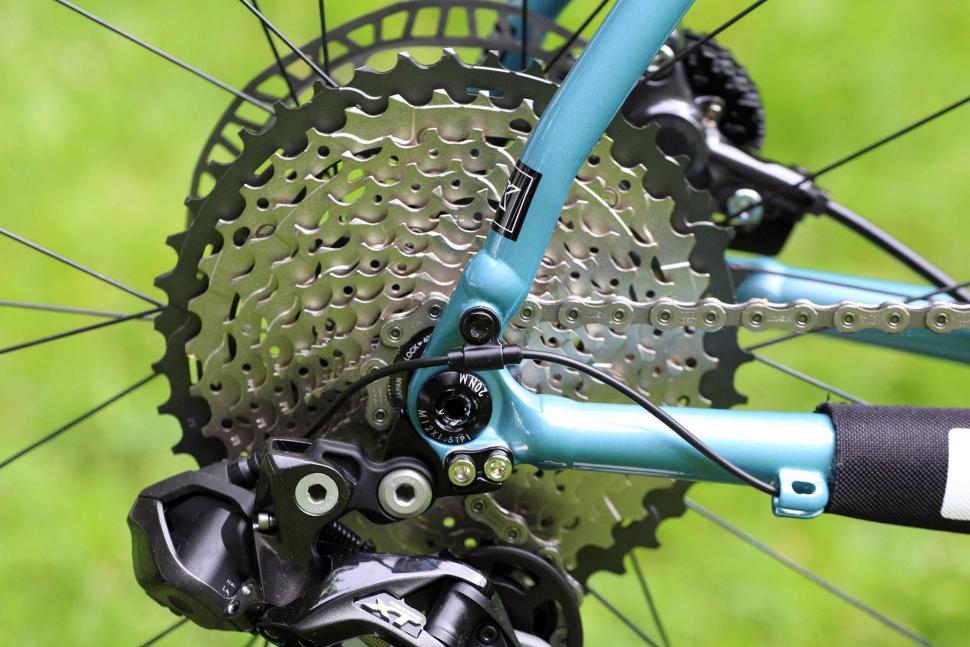 That depends. There are clear advantages and disadvantages to a 1X drivetrain at present. It’s unlikely we’ll see the front derailleur confined to the history books anytime soon, especially given Shimano’s dominant position in the market. That'll certainly be the case for regular road bikes and especially race bikes where tradition rules.

Where we're seeing single ring drivetrains really start to become a lot more popular is on bikes where the disadvantages are outweighed by the advantages offered by a simplified drivetrain, where the ultimate range isn't as critical and where the bigger jumps aren't as much of an issue.

We’re talking about cyclocross bikes (where many racers have been going single ring for many years already with home-brewed solutions) and the gravel and adventure bike category where 1X is as common a transmission option as 2X. But with the likes of the 3T Strada and Whyte Wessex One, two road bikes designed around 1x11 drivetrains, we could be looking at more road bikes devoid of front derailleurs in the future.

Ultimately, though, the modern double-chainring transmission is too good for many cyclists to want to make a radical change. But the rise of wide-range cassettes does provide an interesting alternative that will appeal to many cyclists, which means we might see a few less front derailleurs on road bikes in the future.