HR2VP: everything you need to know about the app that converts heart rate to virtual power

You don't need a smart trainer to use Zwift with HR2VP, as the app gives you a virtual power reading from your heart rate monitor. Find out how it could work for you...
by road.cc

This article includes paid promotion on behalf of HR2VP from BIPR

If you want to get set up on Zwift or take advantage of more accurate data out on the road without the cost, then Heart Rate to Virtual Power (HR2VP) could be the solution for you. All you need is a heart rate monitor and the HR2VP app, and you can use any exercise bike with Zwift paired with the sophisticated HR2VP algorithm that converts your heart rate data into virtual watts.

Created by the innovative app developers BIPR, the HR2VP app can be used on its own or together with other virtual cycling apps such a Zwift, or BIPR's own Arcade Fitness. This means you essentially have a bike computer and/or and the ability to broadcast power based on your heart rate in your pocket, with no extra sensors needed other than your heart rate monitor. It can be used on turbo trainers without built-in power, exercise bikes at the gym, your regular bike rides outside, and even for other activities such as running and rowing. Ready to start training with virtual power? Here are some of the main benefits of HR2VP...

It's easy to set up on Zwift or any exercise bike 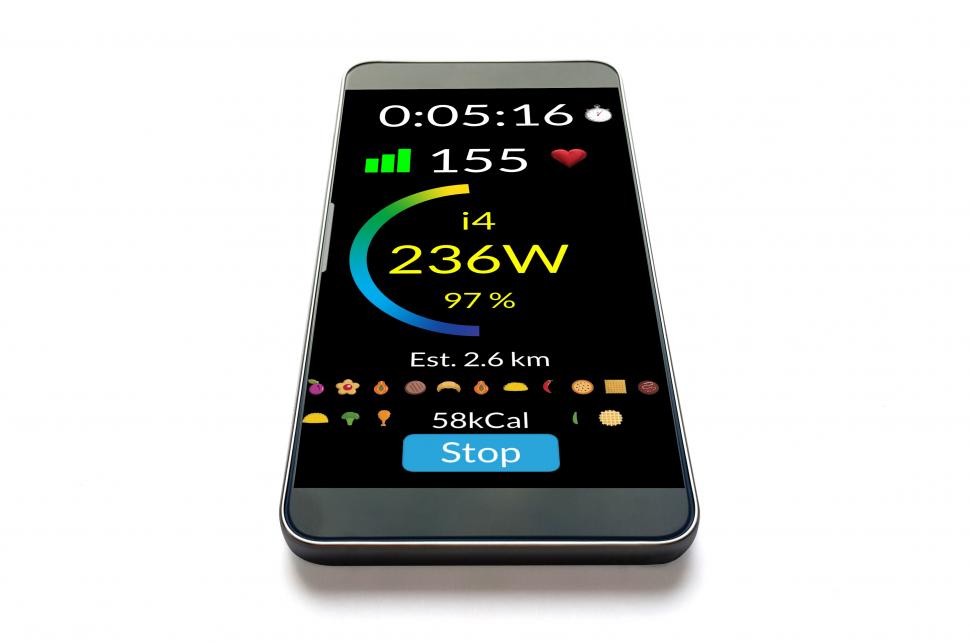 So you might have your home training set-up sorted at home, but what if you're using a spin bike at the gym? With HR2VP you can use Zwift with any exercise bike, even if it's completely 'dumb'; this is because the app supplies a power reading based on your heart rate data and various other parameters, that then feeds into Zwift by converting it into virtual watts. It means if you already have a heart rate monitor and a smartphone, HR2VP is one of the most cost-effective ways to get set up on Zwift, whether that's at the gym or on a non-smart trainer at home.

It's also very simple to set up, with no need to mount sensors to your bike or any other complications; you just need your HRM and your phone, whatever type of bike you're using.

It's a more accurate way to train

HR2VP takes individual parameters into account such as your functional threshold power (FTP) and your minimum and maximum heart rate to make its power calculations. Ideally you will know your FTP from doing a 20 minute FTP test with a power meter, but if you don't have access to this then HR2VP can also estimate it based on your weight and your maximum running speed over one hour. The graph above shows the virtual power on the blue line compared to real power on the green line; an example of the kind of accuracy you can expect from HR2VP.

If your training plan is based on power but you only have a power meter on one of your bikes, then HR2VP is a useful solution for getting an accurate estimation of your numbers no matter what your riding: your commuter, mountain bike, spin bike, even if you're partial to the occasional run... now you can see power numbers on all your ride and running activities!

Before getting started, you can input all your stats and parameters to improve the accuracy of the readings and make sure you're getting the most out of the app; key in your resting heart rate, maximum heart rate, your weight and your FTP to get going. You can also set up how you want to see your power numbers in real-time, choosing from 'smooth' up to 'accurate' on a sliding scale. If you're familiar with power meters, this is similar to choosing whether you want to see your watts in real-time or an average over a given time period, such as every five seconds.

You can upload your rides to Strava 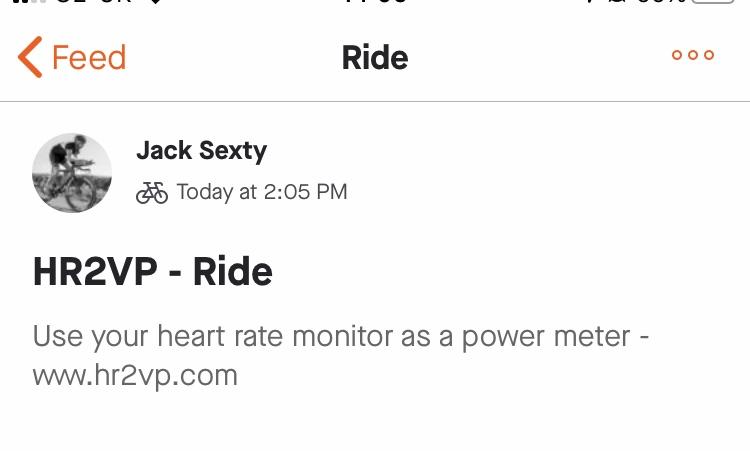 HR2VP can be connected to your Strava account, so all activities will sync automatically with Strava on completion. Simply click 'connect with Strava', wait for the app to authorise and hey presto... your activities from HR2VP will upload to Strava in an instant.

It's on iOS and Android HR2VP first launched on iOS, but it's now ready to go on Android too so you can use it on any smartphone! Android-specific features include ANT+ broadcast for wider compatibility, and the option to switch off the screen to prevent your battery draining.

Want to get started?

You can download HR2VP for free on iOS here and on Android here. Free mode will allow you to use the app for up to 15 minutes, and if you want unlimited workouts then it's just $1.99 a month, $8.99 for six months or $13.99 for 12 months. You can find out more about HR2VP here, and don't forget to check out the other fitness apps from BIPR on their website.