Check out this bike Tom Ritchey built at 17

With an integrated seatpost and a clamp-on stem, some of the features on this 50-year-old lugged steel bike Ritchey built for his dad are a long way ahead of their time
by Mat Brett

This bike built in the early 1970s by Tom Ritchey – the bicycle frame builder and designer behind the Ritchey brand – exhibits some unusual features that are way ahead of their time. The Ritchey team showed us around it at the recent Sea Otter Classic expo. 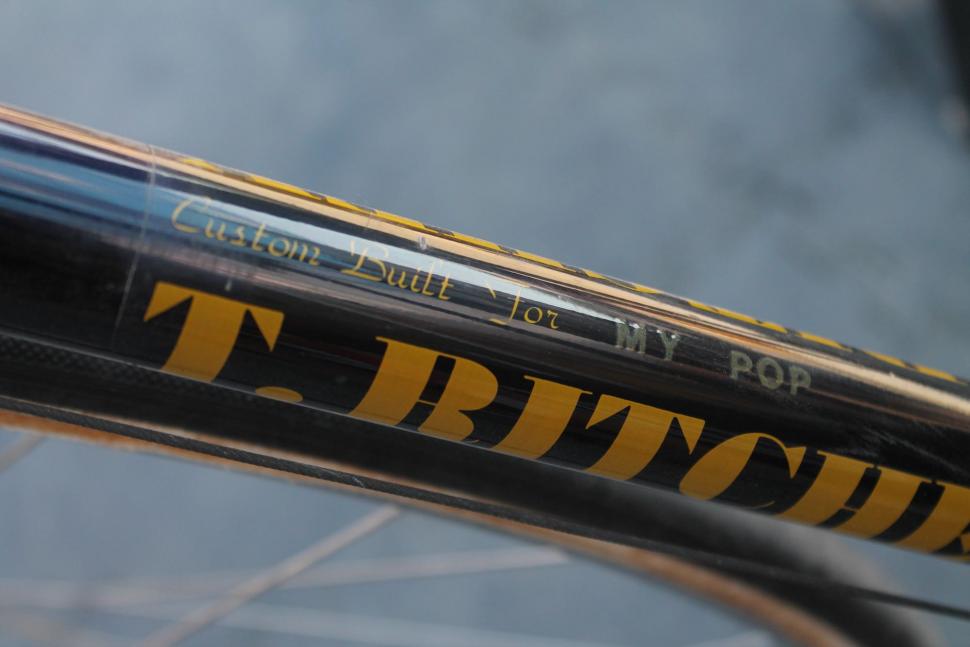 Ritchey began building bikes in California 50 years ago at the age of 17. Writing on the down tube of this one says: “Custom Built For MY POP”. 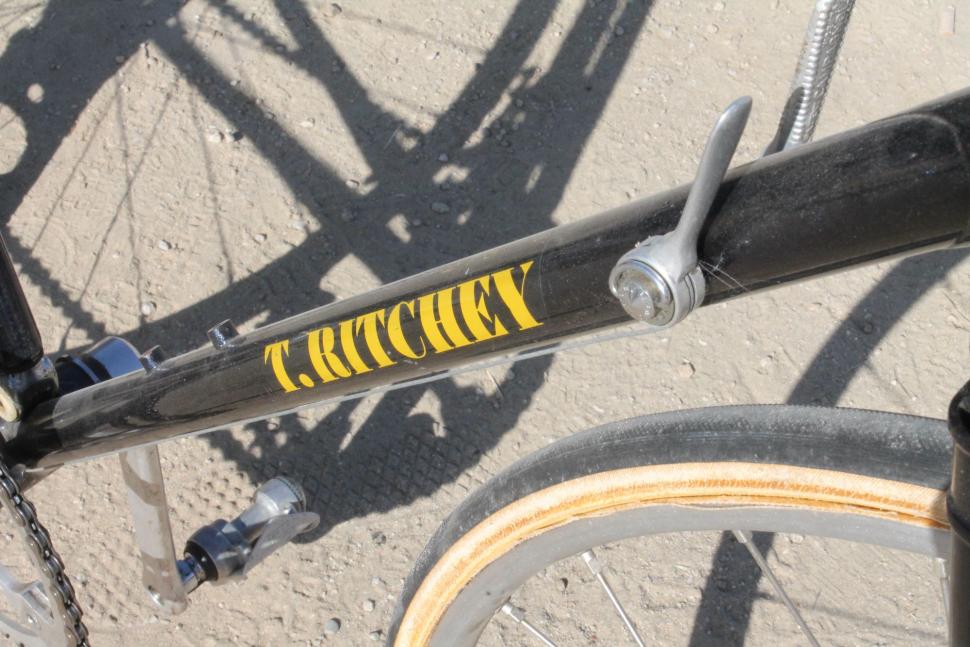 It’s a lugged construction made using steel tubing – typical of the time – and the gear shifters are mounted on the down tube, but there are a few unusual features. 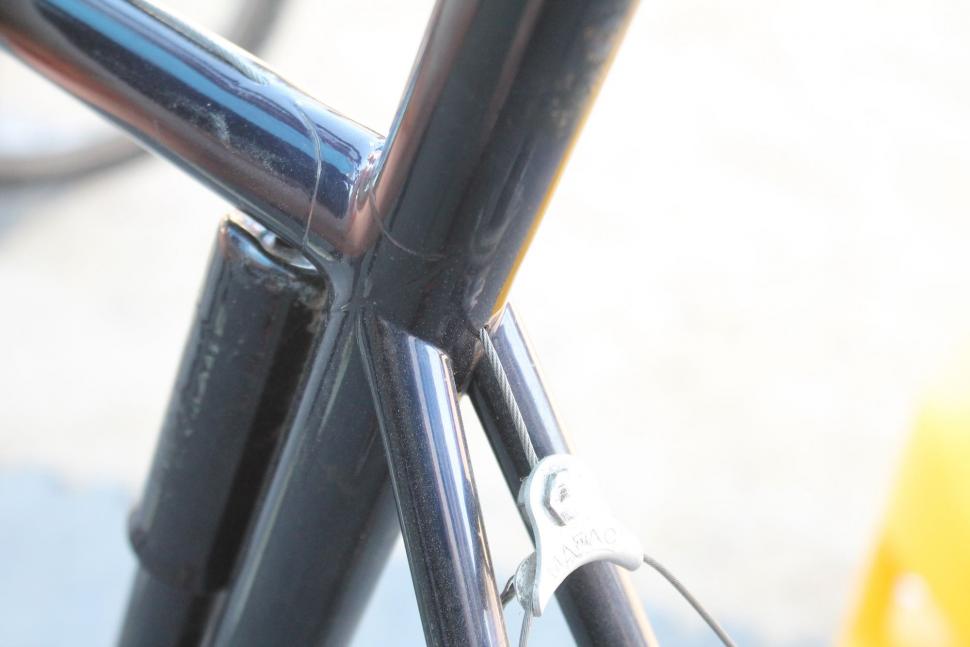 The cable for the rear cantilever brake is routed along the top of the top tube, through a very close-fitting cable guide. It then ducks into a hole in the tube just ahead of the seat tube junction and emerges centrally between the seatstays. It’s a really neat design.

The seat tube is extended well beyond the top tube and seatstay junction. Rather than housing a standard seatpost with a separate saddle fixed on top, Ritchey effectively combines an ultra-short seatpost with a saddle that has a single central rail… Well, it’s perhaps better described as a central tube. 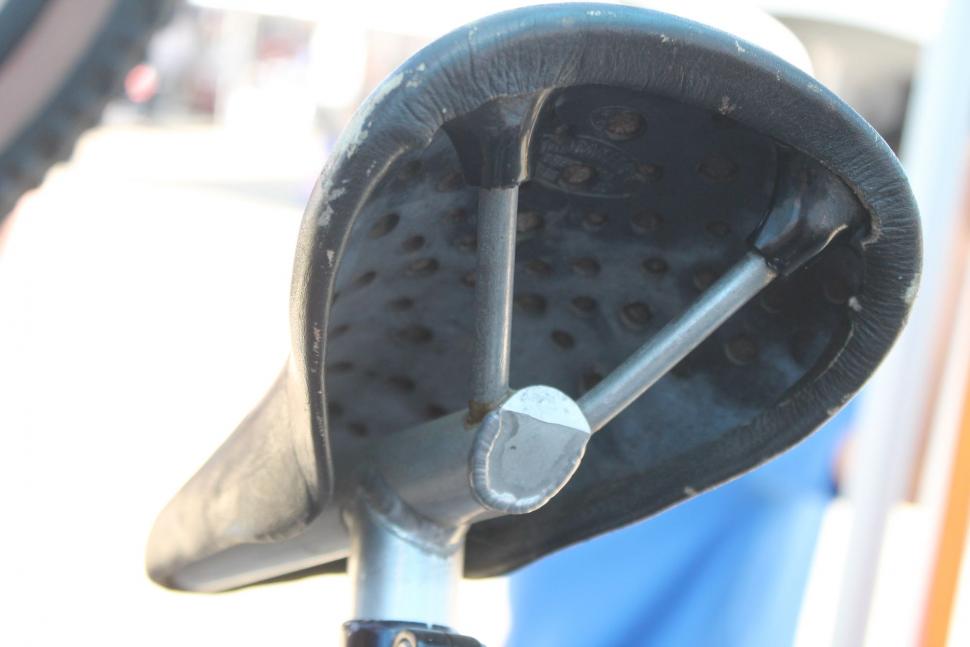 This is a little like the I-Beam and Monolink saddle technologies introduced by other brands many years later, but without any adjustment so we’re assuming that Tom’s father was cool with the upward tilt to the saddle. 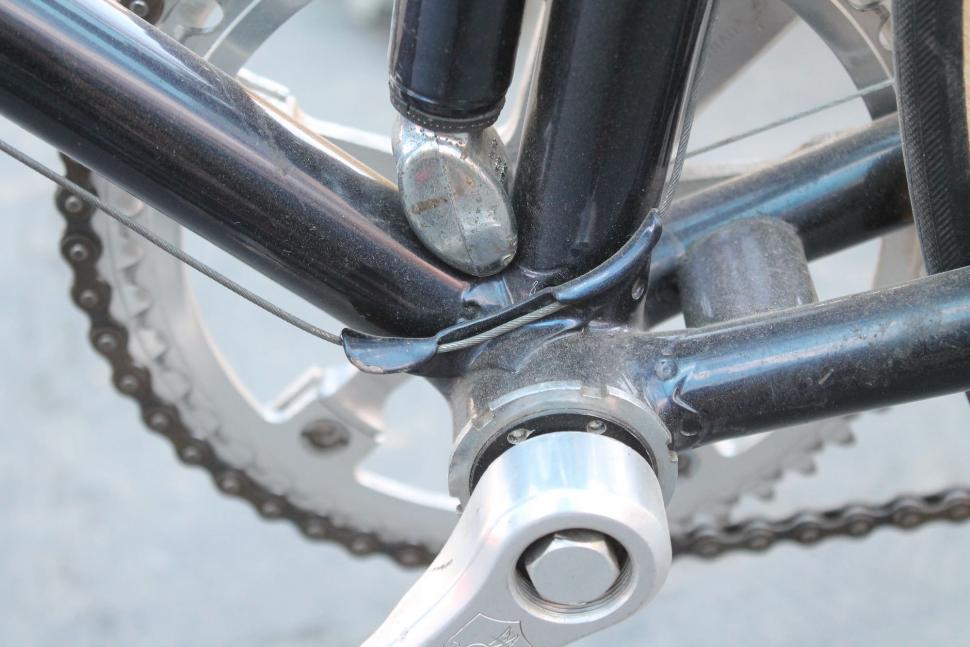 The guide around the top of the bottom bracket shell for the front derailleur cable is an unusual design. 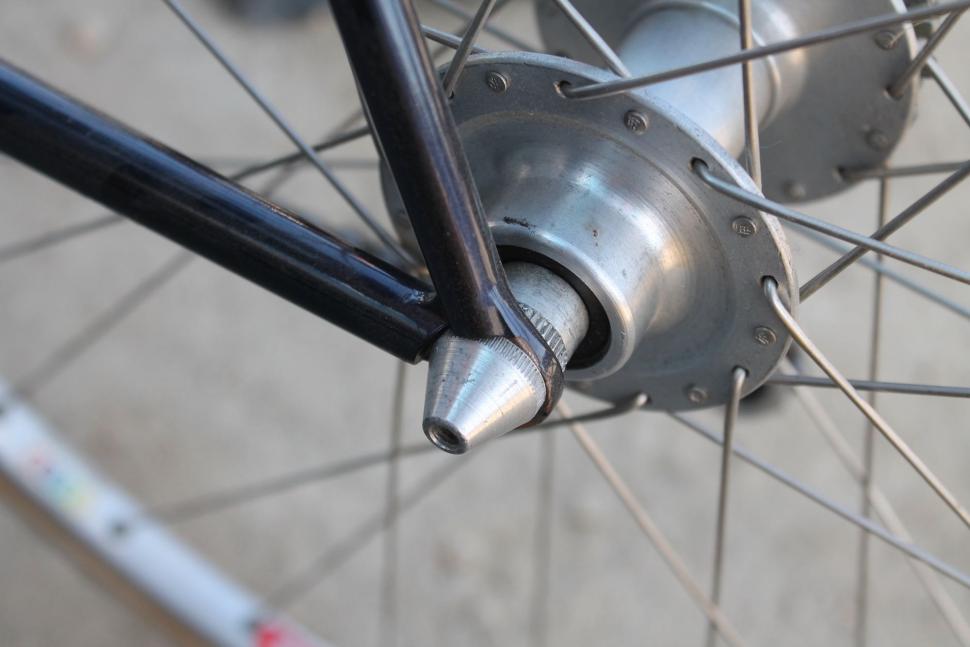 Both the chainstays and the seatstays are ultra-skinny, as are the dropouts. 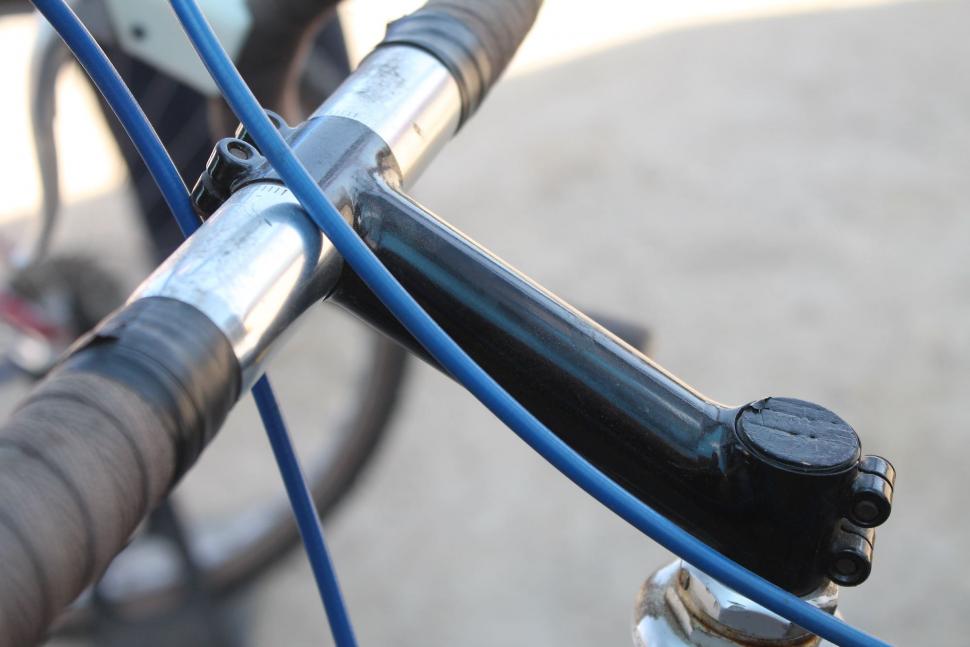 Rather than a quill stem, Ritchey uses a clamp-on system that’s very similar to one you might see today – in concept, at least – although the threaded headset doesn’t require a bolted top cap like today’s threadless designs. 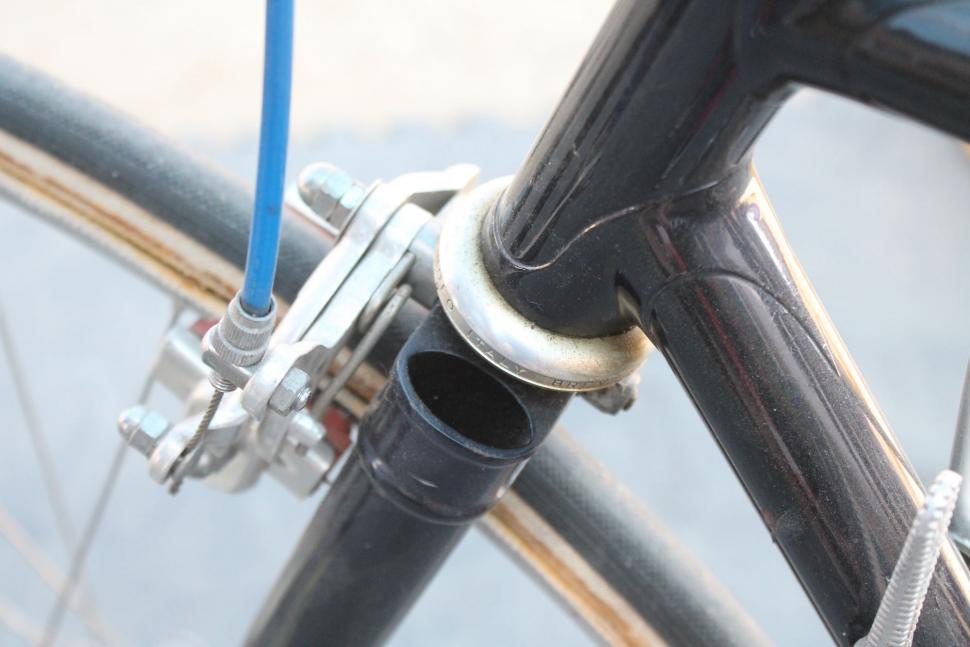 Although it’s hard to make out from the photographs, the tops of the fork legs are open. Unlike the rear brake, the front calliper is a side pull design.

Ritchey later developed his fillet brazing frame building technique that didn’t require lugs. This allowed him to use larger diameter thin-walled tubes, and also to use ovalised tubes to increase stiffness and reduce weight.