Bike at Bedtime: take a look at the Merida Reacto Team-E

Speed is the focus for Merida’s 7.5kg Reacto Team-E racing bike—it’s incredibly fast on flat and rolling terrain, and it's the choice of the Bahrain Victorious WorldTour team. But what’s it like to ride this £9,000 disc brake machine? 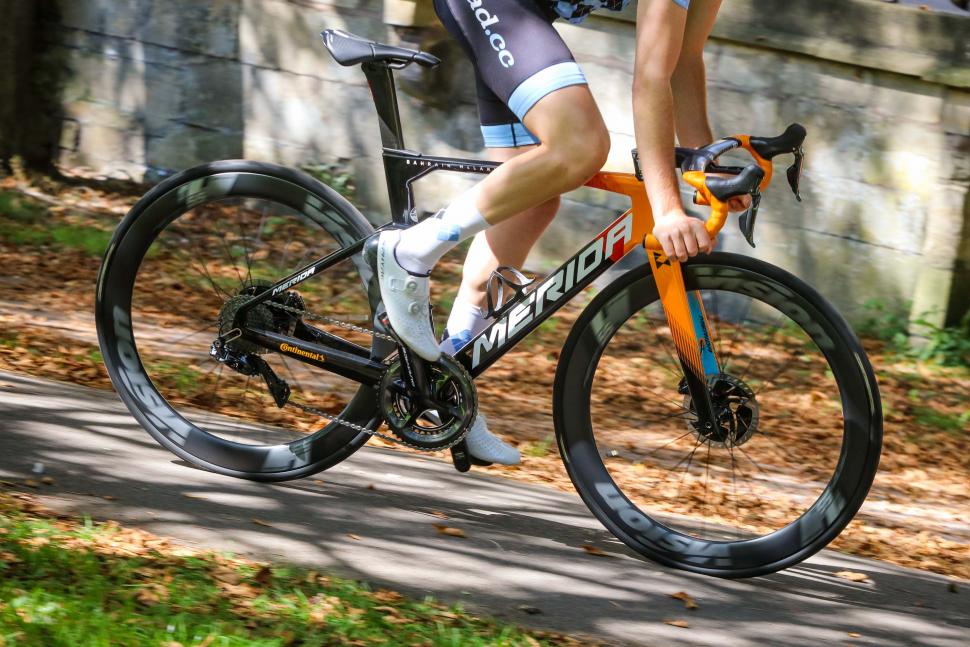 “Kick the pedals round and the bike reacts with a surge befitting the superbike price.

“The straight line speed, stiffness and handling are all brilliant, but the ride may be too firm for some,” Liam Cahill said when he reviewed the bike back in 2020.

Liking the sound of stiffness over comfort? Let’s check out the tech and specs…

Merida uses its CF5 IV carbon for both the frame and fork, and they've been redesigned for the 2021 model.

The aerodynamics of this frame are based around a NACA0028 teardrop profile (NACA stands for the National Advisory Committee for Aeronautics) which is truncated. “Air moves around the tube as though the missing rear section of the teardrop were still there, saving weight by using less material,” says Merida.

Designed to protect the integrity of carbon frames, the fibres are bonded together with an epoxy resin with added nano particles, which according to Merida increases impact resistance by up to 40%.

“When creating the individual carbon elements, an inflatable bladder is used to ensure there are no wrinkles inside the tube as these can add weight and create weakness,” says Merida. This is said to result in a lighter, stiffer and stronger frame. The 5D integrated bar/stem has a forward swoop to the clamp area, giving quite a long reach for a long and low position. The new Reacto frames have a 1 1/2" to 1 1/4" tapered head tube for stiffness and precise control when steering.

Fitted with the stubby Prologo Scratch M5 saddle, this also helps with tucking down. It doesn’t have a cut-out, but the middle section is slightly softer. 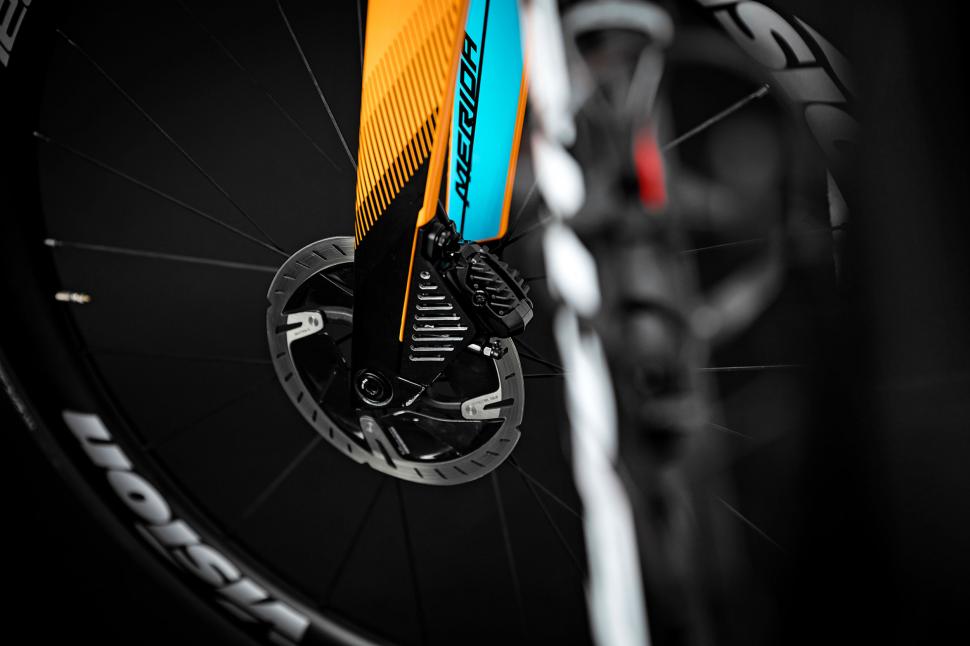 For stable and reliable braking, a forged aluminium part has been placed under the front and rear disc brake caliper, the idea being that this draws heat away through CNC-milled cooling fins. Merida claims this results in 35% less heat build-up and faster temperature reduction. 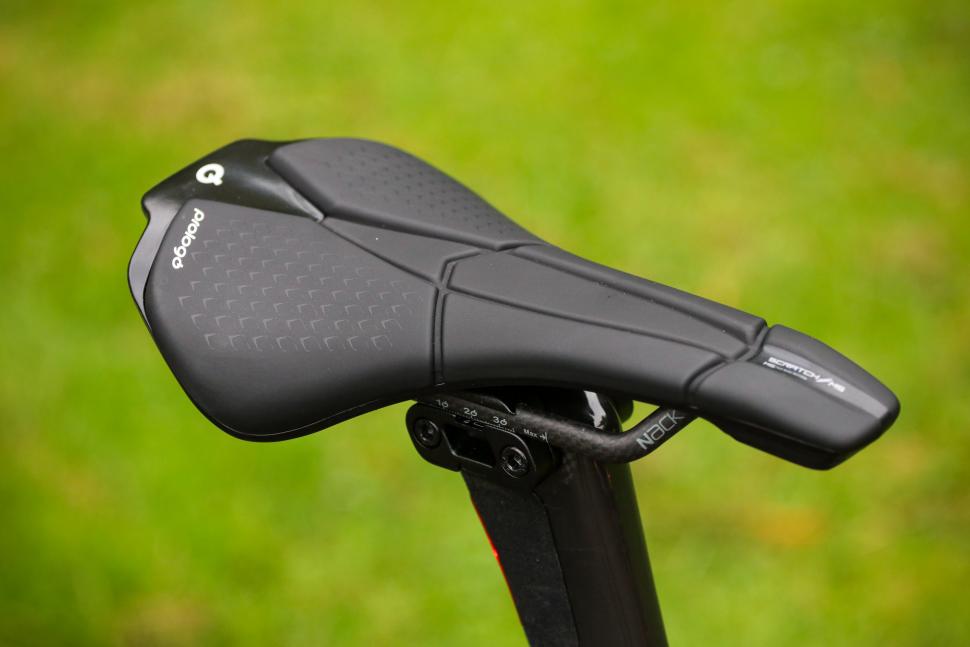 The seatpost has a cutout designed to add compliance right under the saddle. Slightly bizarre as it is for an all-out aero race bike, Merida has used this space to fit a small rear light. Liam found it wasn’t particularly powerful, but it is a handy feature if you are caught out by it turning darker quicker than you expected. 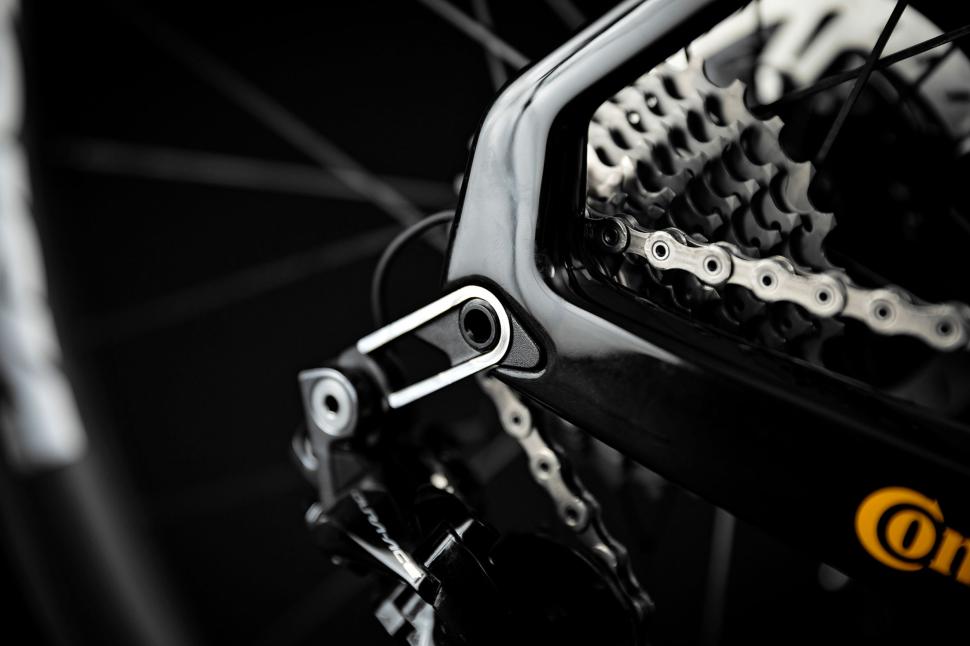 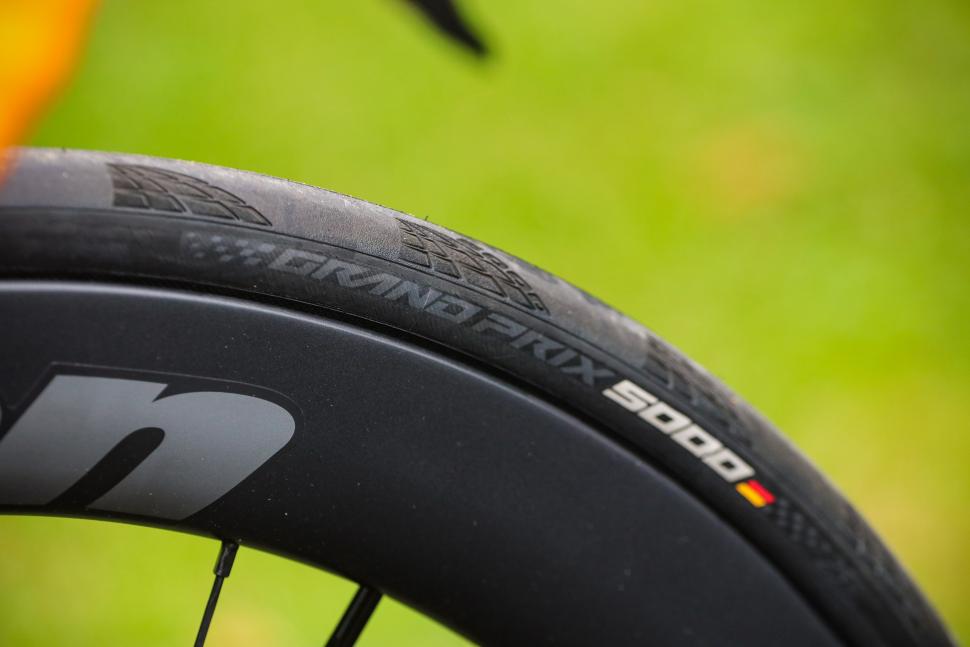 The Bahrain Victorious team speeds about in the pro peloton on the Merida Reacto Team-E Liam reviewed for road.cc—the only change being tubular versions of the Vision wheels.